The building located at 45 Branka Krsmanovića Street in Paraćin was built in 1926 for the family of engineer Predrag Nikolić, co-founder and co-owner of the textile factory Braća Teokarević. Nikolić was a rich man from Paraćin, who wanted to make a villa and a summer house for his English wife, following the example of summer houses in England. As they had many villas in their possession, they very rarely used this one. However, paradoxically, with the choice of the architect, who was a doctor of aesthetics and a Francophile, the building like this could be found somewhere in Paris rather than in Britain.

It was made according to the design of the architect Milutin Borisavljević, which was influenced by the French architectural tradition. The building is therefore characteristic of the academic style in its eclectic variant, which is especially visible in the details: arched windows, cornices, pilasters, railings on the parapets under the windows, as well as in the roof cornice and attic. As a representative building, it was built in a park environment. 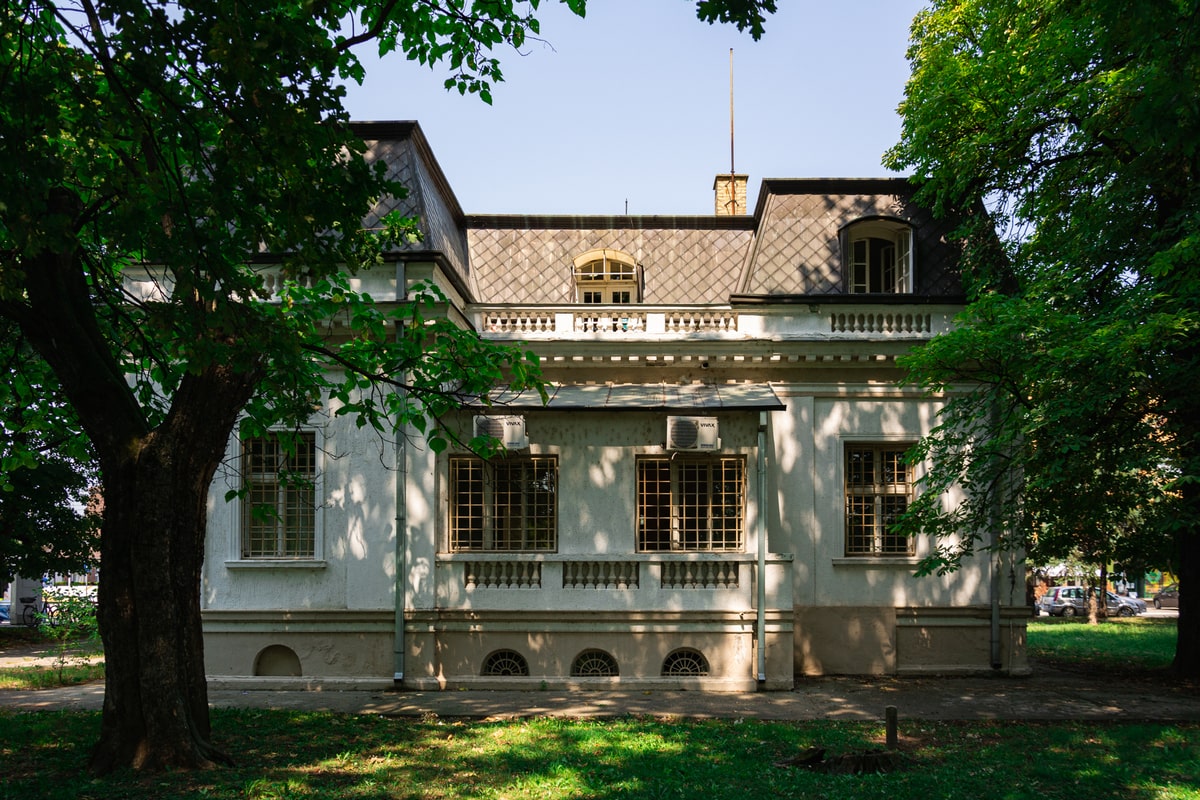 Inside, on the ground floor, the space is organized around the central hall; there are two bedrooms, a study, a dining room and a kitchen. A wooden staircase leads to both the attic and the cellar. The details were chosen with great care: the fireplace in the hall is covered with tiles from Czechoslovakia, the wrought iron chandeliers are embellished with crystal globes; the walls are painted, and the ceilings are decorated with plaster cornices and rosettes on the ground floor and woodwork in the attic. On the first floor there is circular terrace with decorations in the form of amphorae, one of which is partially broken.

The villa is a wonderful example of urban architecture from the early 20th century. After the war, the villa was nationalized and the SKJ (Communist Union of Yugoslavia) Municipal Committee was housed in it for a long time. During the renovation in 1993, the house lost its original appearance by adapting to the taste of a private citizen. It was declared a cultural monument on November 27, 1984. Today (starting from 2004) it houses the Gallery and Cultural Center of Paraćin.