Two kilometres away from the far-famed Fantast Castle, near Topola road in the middle of a fertile plain, abandoned and left to the ravages of time, there is a summer house of the old noble family Gombos. It is surrounded by ivy, and it is difficult to enter. The spiders cobwebbed all possible approaches. Nearby is a fountain in the shape of a bust of a young woman surrounded by a once magnificent park. The owner of the estate, Dözsö Gombos, a lawyer, and his wife Zsuzsana left the castle in 1944 and moved to Budapest. The Gombos family roots are from Hungary. The first mention of that family dates back to 1312.

The new government used their castle for ten years as an old people’s home. It was later taken over by PIK Bečej, which used it for its premises. Even today, it is possible to find leaflets advertising the Novi Sad Agricultural Fair from 2002 in the yard, and folders, binders and old documents related to agricultural business, as well as torn plywood shelves scattered around the castle. In one of the rooms, we found a calendar from 2012, which says that maybe there was life in the castle until then. The main entrance to the castle is adorned with four dark ochre Corinthian pillars and a porch, and the castle also has a dome with windows. The windows have baroque decorations. The castle was built at the beginning of the 20th century. 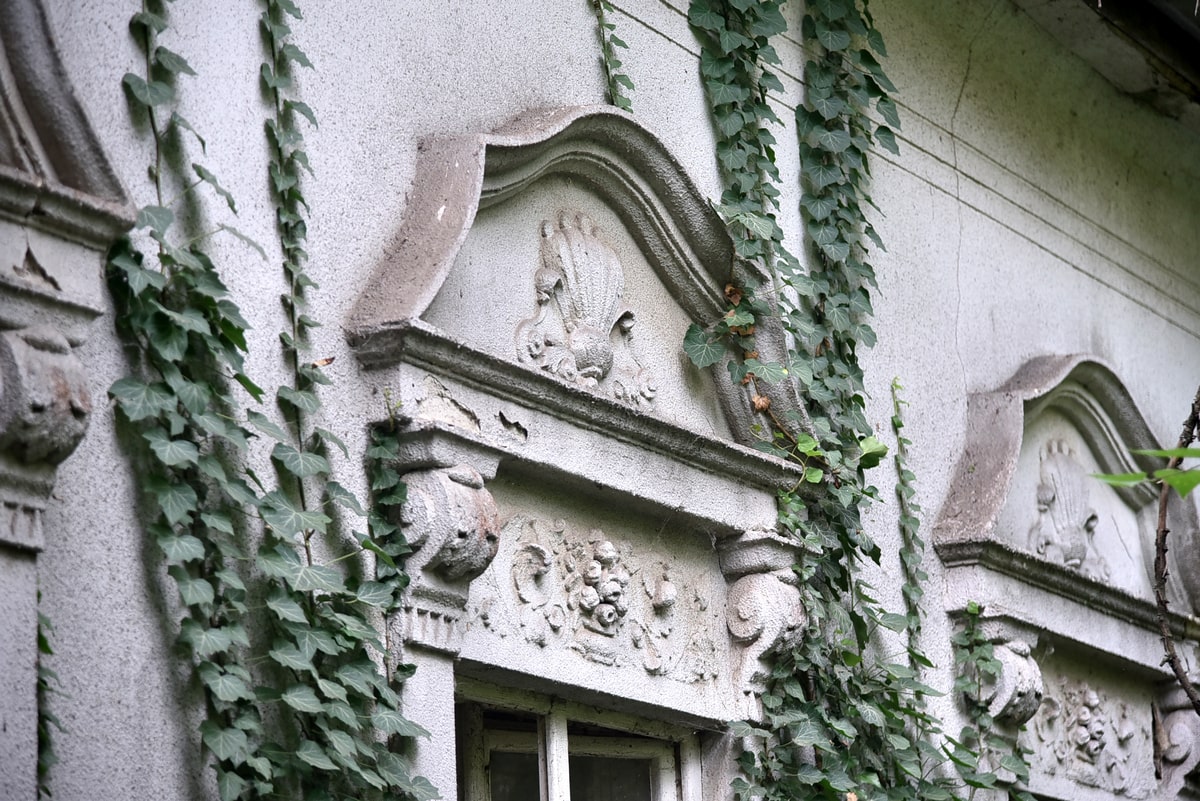 Apart from the summer house, the Gombos family left behind a house in Bečej, which is used today by the Auto-Moto Association of Serbia, the land and a rich collection of books in five languages, a smaller part of which has been preserved and is in the Bečej National Library. After the death of her husband in 1950, Zsuzsana Gombos (née: Galambos) subsisted on manual labour. They left no heirs behind. Little is known about Dözsö and Zsuzsana Gombos. The photos testify that they were important participants in the public life of Bečej, and it is also known that Dözsö was the founder of the first tennis club in Bečej, one of the oldest in this area. In the municipal building, on the wall of the assembly hall, there is a portrait of Dözsö Gombos created in the 1930s. It is assumed that the author is a court painter from the Netherlands who lived in Bečej for several years on their estate.

It is possible to enter the castle because the fence is open in two places and the front door is broken. It could be converted into a representative catering facility similar to the nearby castle Fantast.