One of the once most beautiful, and today the worst devastated castles in Vojvodina is the Mavrokordato summer house. It was built by a Russian prince under the name of George Dmitrievich Mavrocordato, and otherwise the people of Kikinda colloquially call it “Jovanović’s salaš”. Prince George Dmitrievich Mavrocordato himself was born in Odessa, in Russian Empire, today’s Ukraine, where there were many Greeks since the time when Catherine the Great invited them to Novorossiya, in 1881, in the rich and famous Mavrocordato family, which expanded in much of the world then, and especially in Eastern Europe. The Mavrocordato family played a great political role in the principalities of Greece, Turkey, Moldavia and Wallachia, and their merits in Russia were enormous. The prince’s mother belonged to the famous Greek Baltazzi family. George had two sisters and a brother. His brother and father were killed in the October Revolution on the side of the White Guards.

Upon completing his studies at Petrograd University, George was appointed secretary of the Imperial Consulate General in Budapest. He remained in this delicate and difficult position until the beginning of the First World War, often leading the affairs of the Consulate General with great political responsibility. During his stay in Budapest, he married Katarina Jovanović, the daughter of Senator Stevan Jovanović from Hajdučica. Her mother, Olga Jovanović, was the daughter of Lazar Dunđerski and the owner of the now famous castle in Hajdučica. Olga’s full sister was Lenka Dunđerski, to whom Laza Kostić wrote a song. Katarina had three sisters. One of them, who also bore the name Olga, was married to Vlada Ilić, the pre-war mayor of Belgrade and the godfather of King Alexander I Karađorđević. During the war, the prince was assigned to the imperial embassy in Paris, where he performed a responsible duty in the difficult circumstances during the wartime.

After the Great War, Prince George Dmitrievich Mavrocordato moved to Serbia, that is, the Kingdom of Serbs, Croats and Slovenes, since he lost his original homeland, and replaced it with his wife’s. During the twenties of the twentieth century, he built a summer house on his property “Duboko”, which compared its beauty with the most beautiful castles from that time. The property was located on the territory of Velika Kikinda. Today it still exists, on the right side of the road to Banatska Topola. The prince and princess come after the October Revolution and stay in it, helping the Russian emigration. The castle was built in the neoclassical style and looked most reminiscent of the Dunđerski castle in Čelarevo. It had elements of baroque and represented a fantastic and eclectic set of styles. The summer house had an entrance with ionic pillars. Above the architrave-main beam is a buffer-triangular space decorated with relief, as a characteristic of Greek temples. On it was the personal coat of arms of the prince. At the top of the central part was the dome, an architectural element of the Baroque, which can be seen at the Mavrocordato Castle in Odessa, where the Mavrocordato family also built a “house with the longest balcony”, which is under the protection of the state of Ukraine.

The parts of the castle that were to the left and right of the central one had a roof with a terrace on which one could walk. The facade had ornaments modelled on the Mavrocordato home in Odessa where the prince lived. The interior of the central chamber consisted of a floor of white and black checkerboard tiles. The citizens of that time remember the Russian flag that stretched from the floor to the ceiling and the portrait of the Russian Tsar of the same size. The summer house had electricity, water supply, sewerage and central heating with hot water. It was surrounded by a garden with many exotic plant species. For the citizens of Kikinda at the time, it was a fairy tale castle, an unusual building that left those who saw it for the first time breathless. 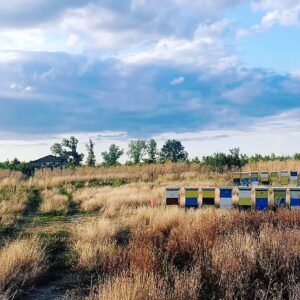 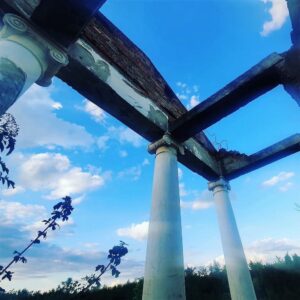 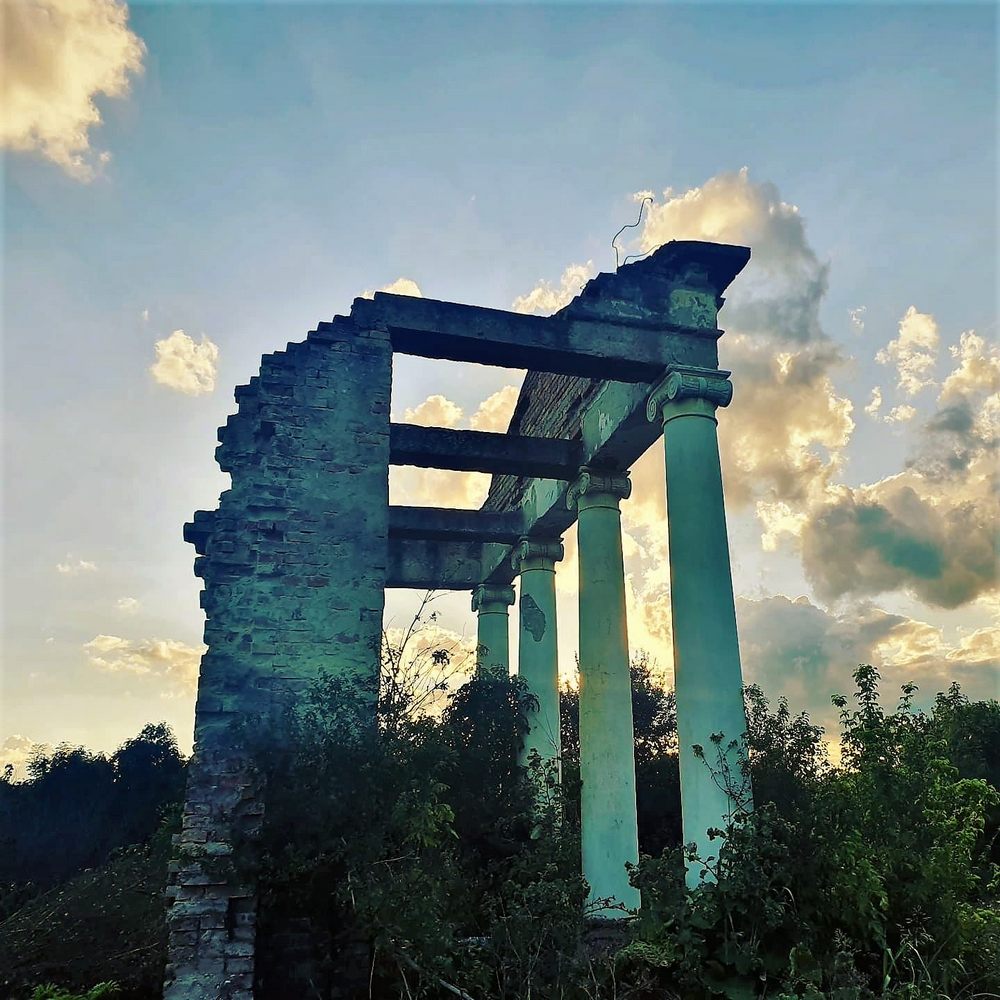 Prince Mavrocordato loved modern technology. In the dome, in the central part, there was a telescope, and in the summer house there were modern devices that many saw for the first time. Every Friday, the prince organized gatherings, concerts and balls attended by prominent people from Kikinda. Many remember him for his white suit and big white hat. Upon entering the castle, the personal coat of arms of the prince attracted attention. It still exists in its entirety and based on it one can learn a lot about Prince Mavrocordato. He had five orders that can be seen in the lower part of the coat of arms: the Order of St. Stanislaus third class, the Persian Order of the Lion and the Sun third class, the Bulgarian Order of the Golden Star third class, the Japanese Order of the Sacred Treasure fourth class and the Order of St. Sava fourth class. The Order of Saint Sava was a state order in the Kingdom of Yugoslavia, and today it represents the highest decoration awarded by the Serbian Orthodox Church.

After the prince’s death, in 1939, during and during the Second World War, the property, the garden and the summer house were confiscated and by the agrarian reform they belonged to the agricultural company “Galad”. Until 1970, there was an administrative building in the summer house, so it was partially maintained. After the administrative building was evicted, the citizens began to demolish the castle and use its materials for their own needs. In the nineties of the twentieth century, the central part of the castle was present. Today there are only four pillars, a gable and part of the foundation, which are completely overgrown with weeds. The former park of exceptional beauty is now a dense and impassable forest. 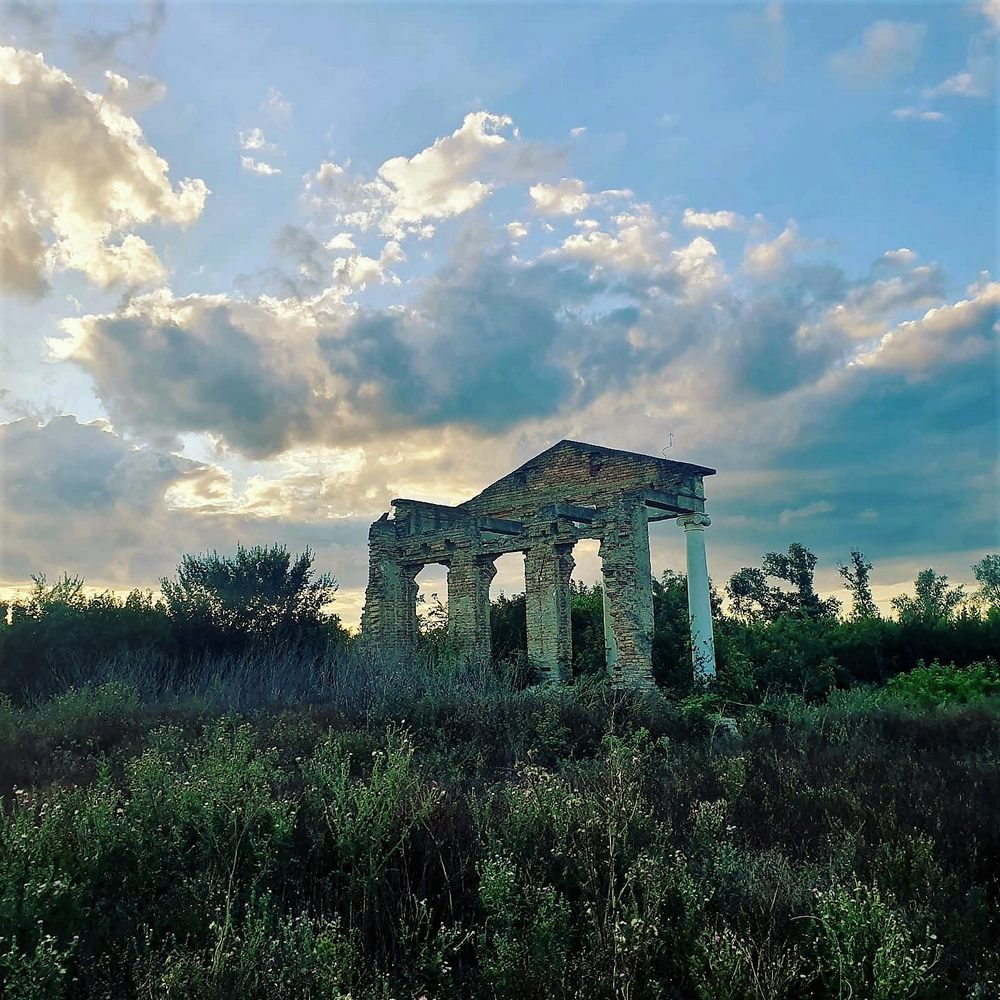 Ana Živić, a master horticultural engineer, says: “In front of the entrance to the summer house was a large rosarium, and behind it a rectangular pool. Ornamental shrubs and conifers were planted around the entrance. There was a similarity in the arrangement of the entrance between the “Bezeredj” castle in Čelarevo and the Mavrocordato summer house. Other similarities can be observed. In the castle in Čelarevo, in the central part of the front plateau near the main entrance to the building, there is a rectangular pool with water. This indicates the connection of the Russian prince with the Dunđerski family, their influence on the style of construction and landscaping. The castle in Čelarevo was owned by Katarina’s grandfather, Lazar Dunđerski, and it was often occupied by the well-known Lenka Dunđerski.

The garden was located on the front side and was arranged with allées with a wide planting distance. The summer house could be seen through the trees when approaching from the main road. The communication paths were bordered by a hedge. Numerous autochthonous as well as exotic plant species at the time could be found in the garden. Apart from the pool, there were no other water surfaces on the property. The canal that exists there today was dug much later.

Together with his wife Katarina, he built a chapel at the cemetery in Kikinda. The prince died on July 1, 1939 in Belgrade. He had no heirs. On that day, the Russian emigration lost a great benefactor and a convinced friend, who sacrificed all his forces to charity. Numerous envoys of the king and ministers attended the prince’s funeral. Princess Katarina died in Belgrade on June 2, 1968. After the prince’s death, in the course of and during the Second World War, the property, garden and summer house were confiscated and by the agrarian reform after the Second World War, they belonged to the agricultural company “Galad”. Until 1970, there was an administrative building in the summer house, so it was partially maintained. The garden around the summer house began to lose its beauty. After the administrative building was evicted, the citizens began to demolish the castle and use its materials for their own needs. In the nineties of the twentieth century, the central part of the castle was present. In 1989, a film starring Žarko Laušević was made in the summer ehouse entitled “Athos Gardens”. At the end of the twentieth century, the castle was completely demolished. Today there are only four pillars, a gable and part of the foundation, which are completely overgrown with weeds. The former park of exceptional beauty is now a dense and impassable forest. Even as such, it represents a very important green area for the municipality of Kikinda, as one of the least forested areas in the region. Oaks around 90 years old can be found in the forest that should be protected. Many do not know that there used to be a building of exceptional beauty there. If they accidentally come across four pillars, they wonder what used to be there. In Kikinda, fewer and fewer people can tell accurate information regarding the Russian prince and his summer house and garden. “ 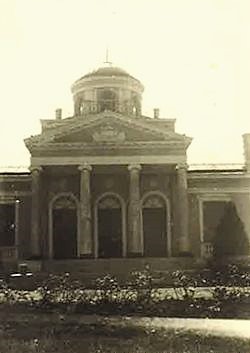 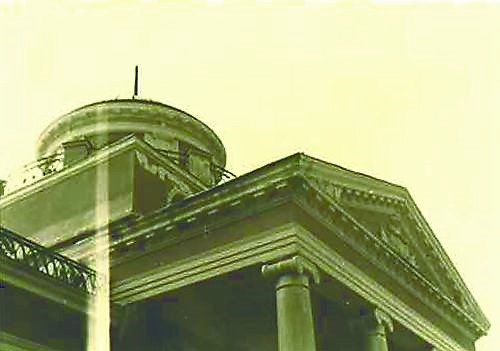 We must once again mention the shameful fact that the Mavrocordato castle was demolished by the Banatians themselves, since they began to take away parts of the castle and use them for their own needs as personal building material! Today, overgrown with bushes and grass and in the middle of a meadow, it does not look like a castle at all, but like a strange skeleton, the rest of something that many do not even remember as something grandiose.

Entrance to the building is not officially allowed, but since the building has almost completely vanished, in practice it is possible to enter this castle, i.e. its remains. A complete replica of the castle needs to be built.