Fritz-Hristić Castle is located in Bačko Novo Selo, in a settlement located in the municipality of Bač, on the very bank of the Danube, and this village has been devastated and flooded. Bačko Novo Selo is a former German Neudorf which was inhabited by Bosnian Muslims – colonists after the Second World War. In Hungarian, it is interestingly called Bácsújlak or Bački Ilok, although it is not across from Syrmian Ilok.

Fritz-Hristić Castle was built in 1900 and was built by two families: Hristić and Fritz, and is located at the corner of Josif Pančić and Vuk Karadžić streets in Bačko Novo Selo. At the turn of the century, they erected a magnificent castle building, as a representative house for living. One portion of the castle belonged to the Fritz family, which was of Jewish origin, and the other part of the building belonged to the Hristić family from Bačka Palanka, which was of Serbian origin.

In its basic shape, the building had a different look, and today’s appearance is the result of subsequent adaptations after the Second World War. The castle was built in the Classicist style. The building was composed of two parts, which did not differ significantly architecturally.

Tragically, a more representative part of the structurewas demolished after nationalization, while the ancillary buildings of the castle complex were demolished in the 1970s. There is little left of the magnificent building, but even that is falling to pieces. The rest of the building, which can be seen today, has undergone minor changes, but basically the appearance has remained the same. It was built simply, without much use of decorative elements on the exterior facade and interior of the building. It is dark ochre in colour.

Until recently, this building housed an elementary school. Also, one of the rooms was used by the Islamic community. Today the castle is abandoned, the windows are broken and the carpentry is broken and rotten. The roof collapsed in some places and is threatened with complete devastation. 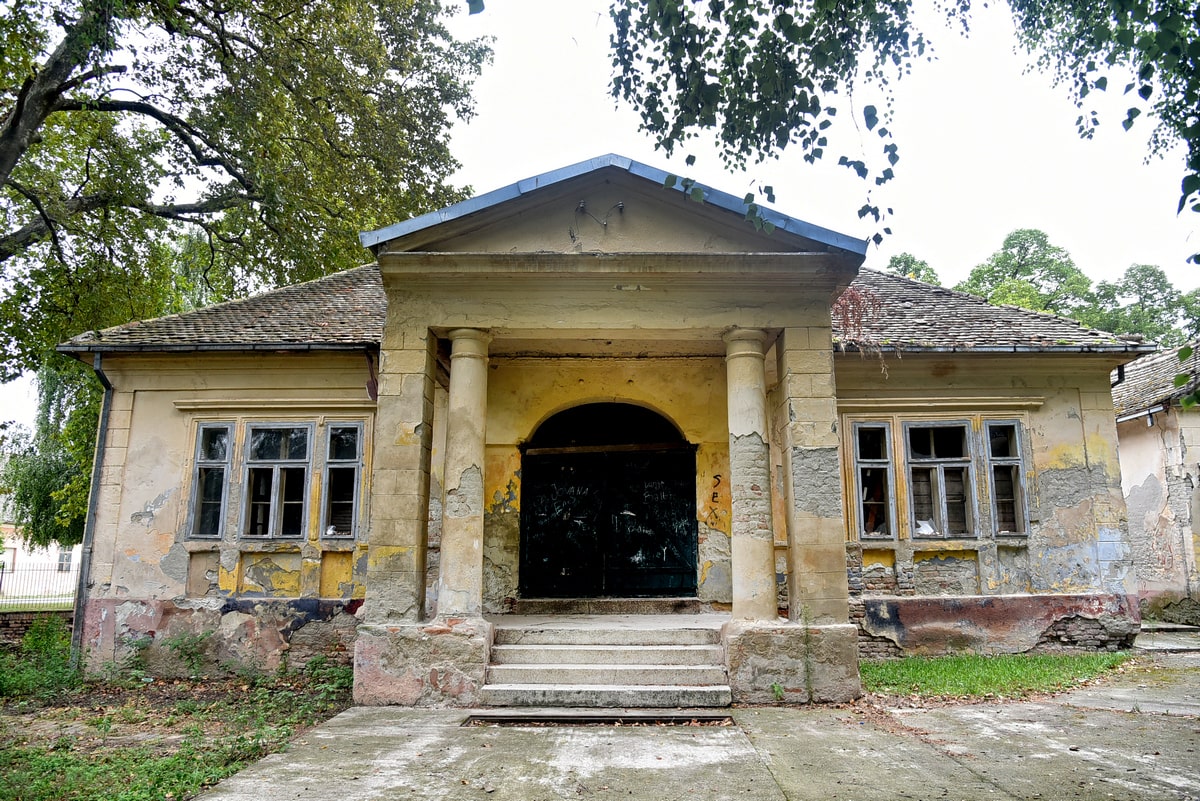 A proposal for the protection of the facility has been submitted and it is now in the so-called preliminary protection, and full protection is still in the process. The facility is socially owned and in very bad condition, and is not open for visits. In the devastated castle, in the window there is the magazine “Namaz (Islamic Prayer) in Pictures” and “Islam” from 2012, which was used by the Islamic Community in religious schools. On the wall of the locked villa is a calendar from 2012. Then it was probably emptied and now it is crumbling.