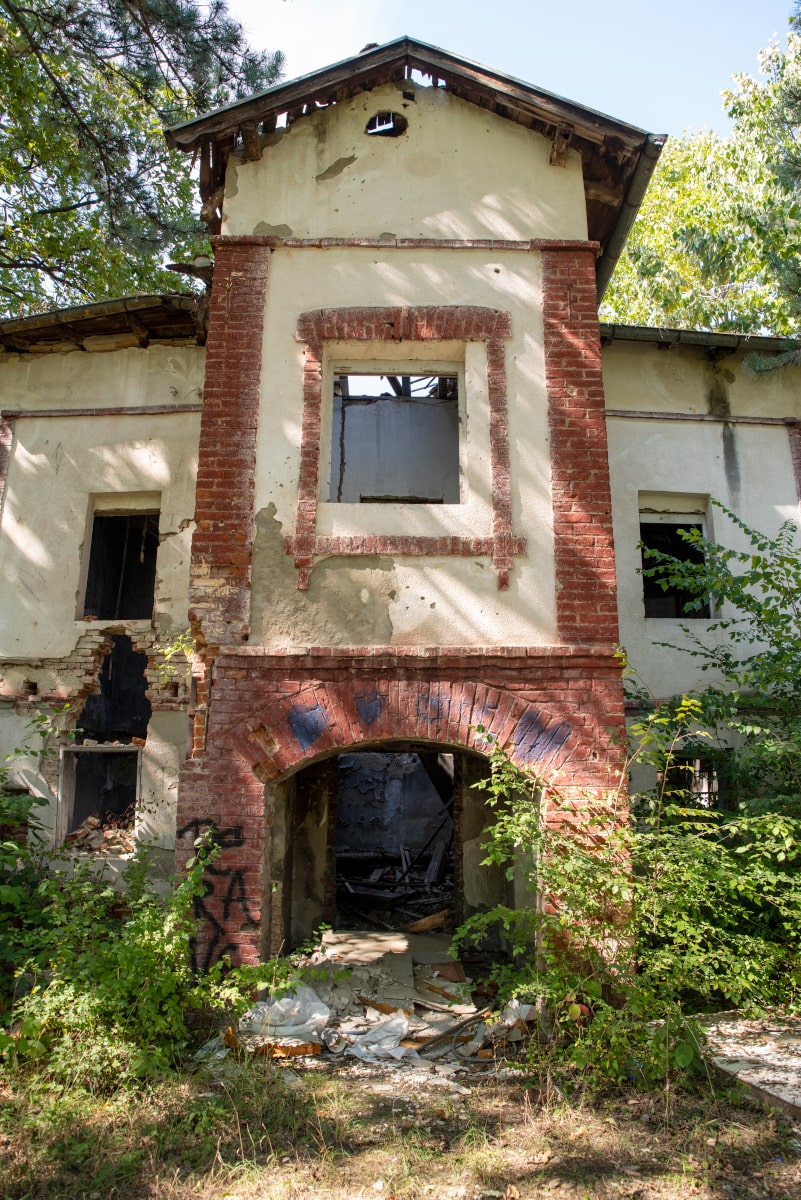 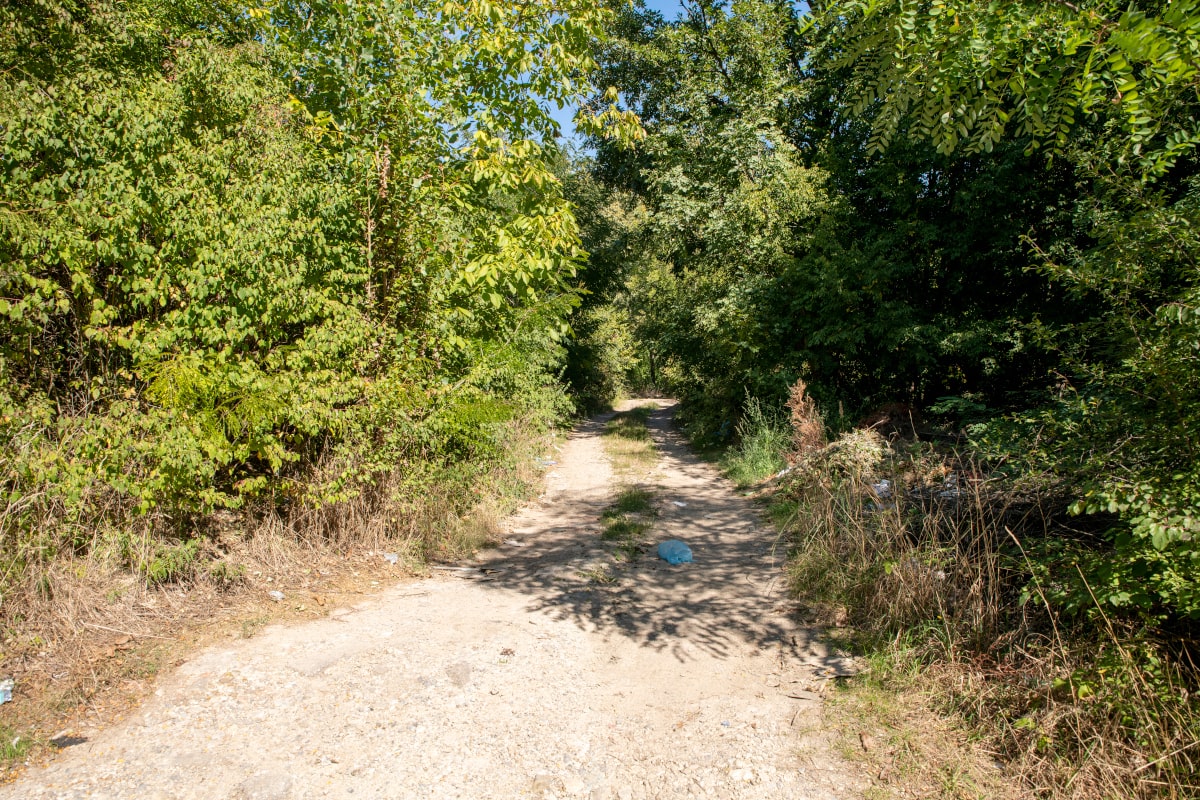 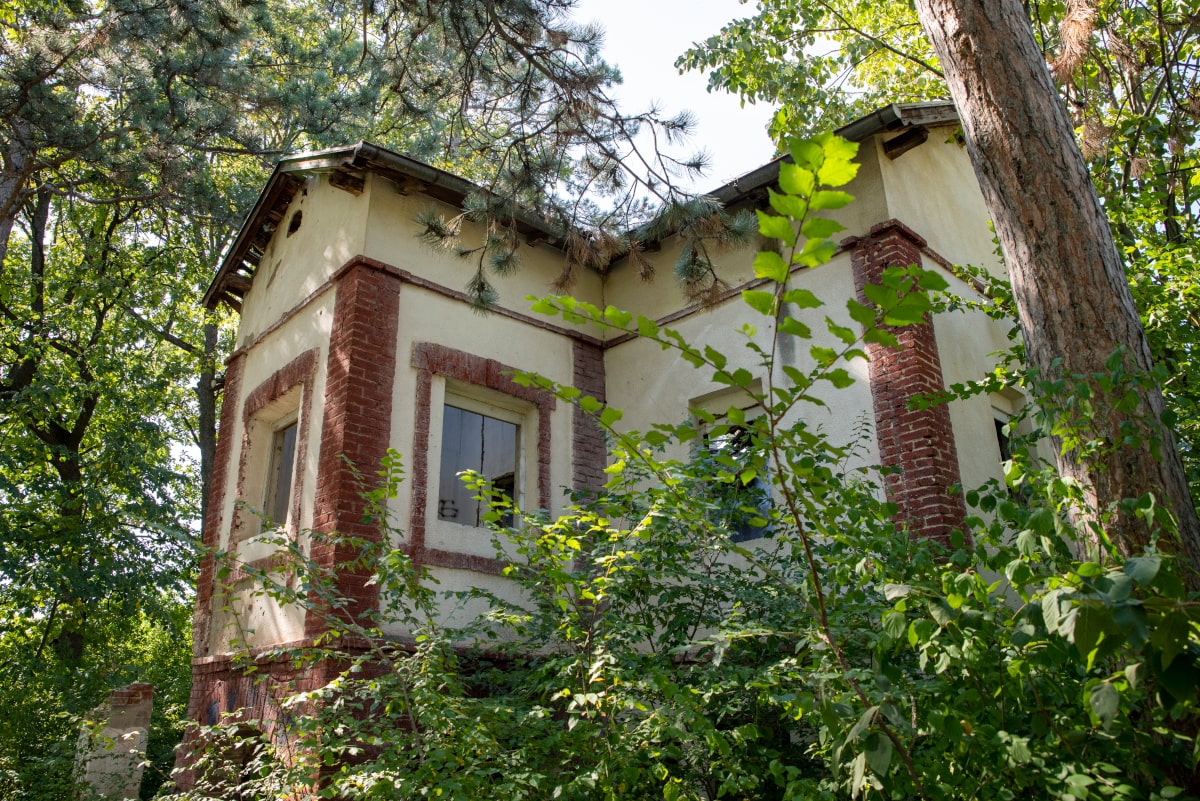 In the area of ​​the Memorial Park “Šumarice” in Kragujevac, tucked away in the forest, there is a villa that is steadily crumbling. It is “Villa Čomić“, which is owned by the city, and was built after the Great War, and is now in poor condition. The people of Kragujevac very often do not even know about this architectural pearl, and because it has been a gathering place for drug addicts and vagrants for years, they avoid it at any cost. The villa belonged to the Čomić family, and after 1945 it was confiscated and transferred to state ownership.

Čomić’s villa is located within the Memorial Park in Šumarice, about thirty meters behind the monument to the Croatian people. Vladimir Jagličić, the director of the Memorial Park, told “Blic” in 2007 that “It was once planned that the former villa, and today the “house of horrors”, would be handed over to artists, but that intention failed to realize. To people from “Ethno Art”, who are engaged in traditional arts and crafts, it was discussed to be given for use. They wanted to completely renovate it themselves, and to donate a certain number of their works to the city each year in return. The authorities withdrew from the agreement, and that building, which used to be the seat of the local community of Vinogradi, burned several times, and became a place that should be avoided. “

This monumental villa is light ochre in colour, with red brick edges, reminiscent of industrial buildings. The front door is adorned with a tower, and the building is symmetrical with a first floor and an attic. The roof collapsed in the central part, the windows were torn out, as well as the door, and there is no glass left. The walls are painted with graffiti, and the interior is full of garbage.

Entrance to the building is allowed. Immediate and comprehensive restoration is needed. 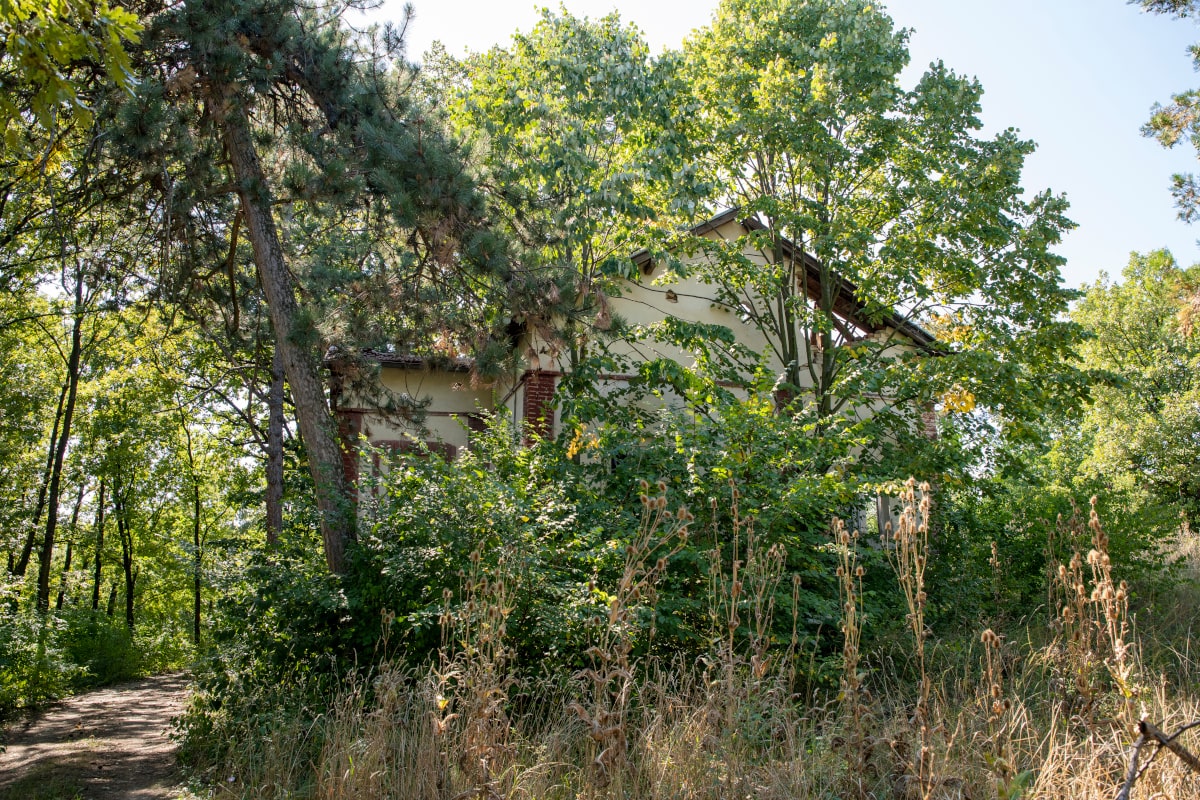 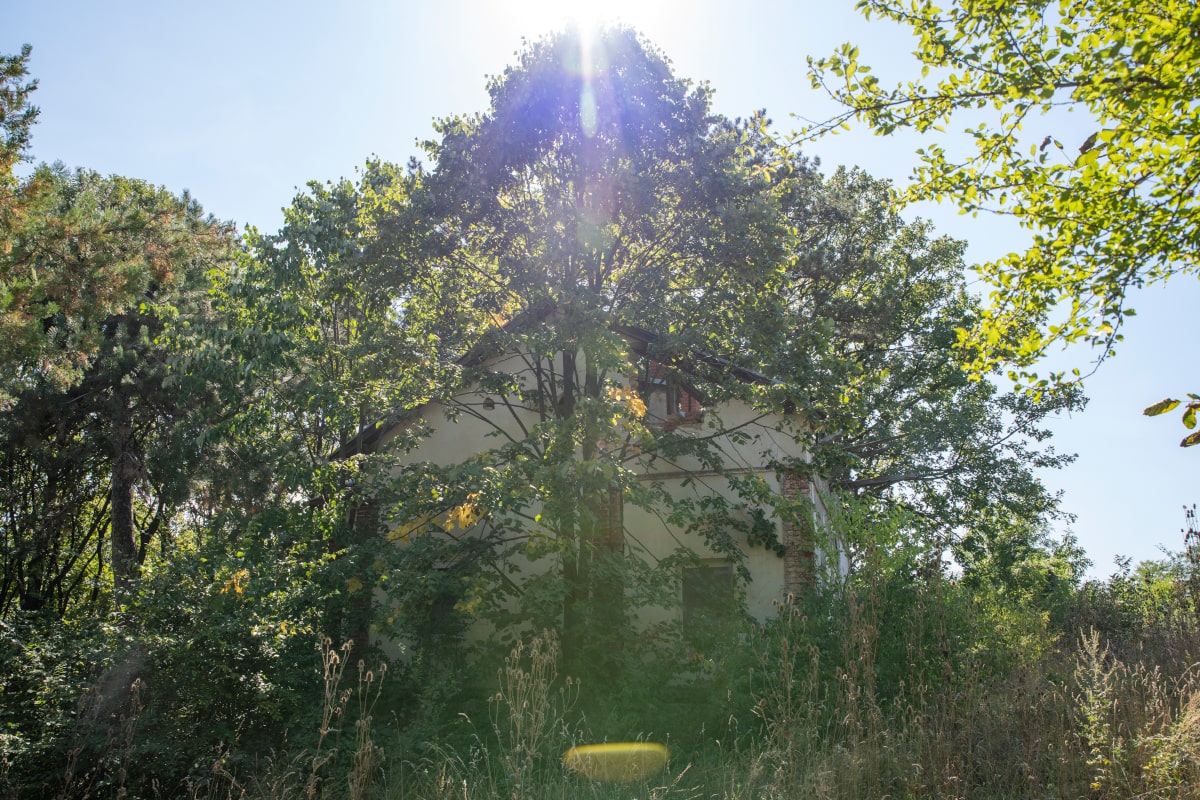 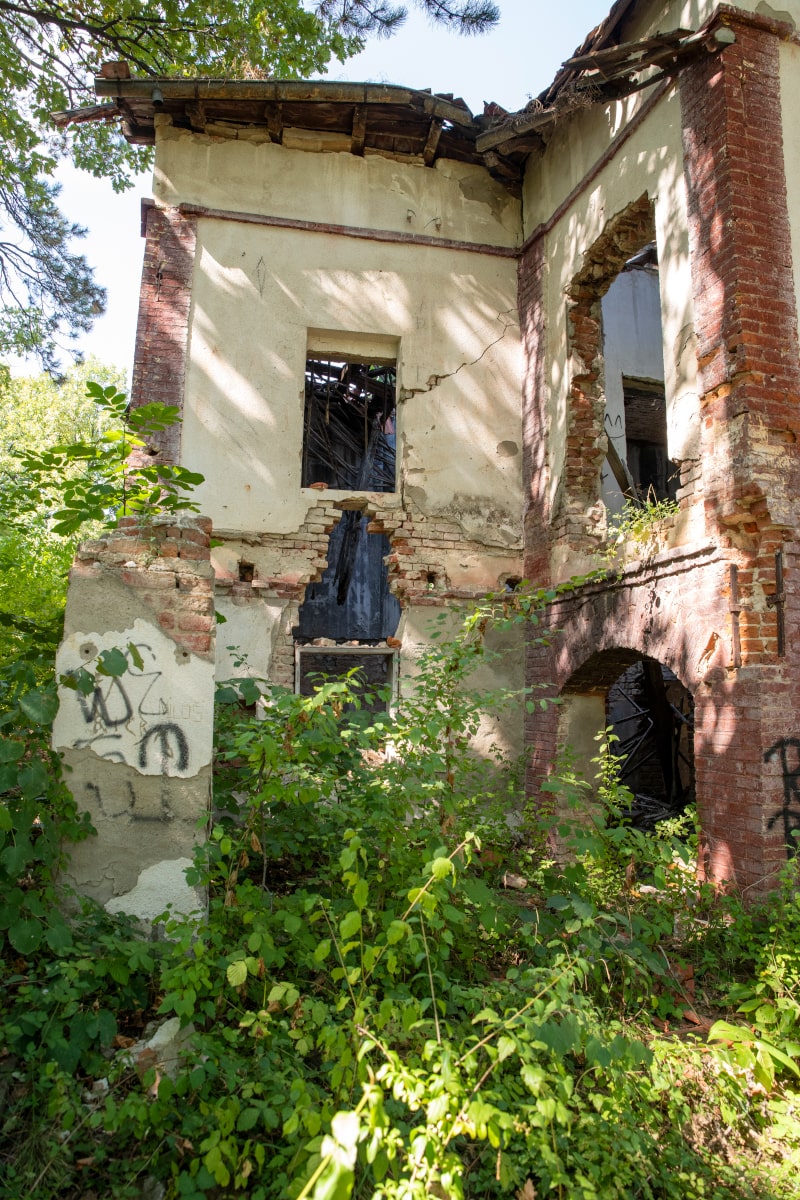