One of the buildings that have a distinctively European hallmark in the city is the Kaloderma Palace, which is located in the very centre of Leskovac, in the part known as the Wide Çarşı (turkish meaning Bazaar “Široka Čaršija”). It is interesting that the palace was named after a cosmetic product, a skin care product that was made from gelatine, honey, glycerin, water and perfume.

It dates from the time of the Kingdom of Serbs, Croats and Slovenes, and was built in 1926–1927 year, as the administrative and production building of the soap, perfumery and cosmetics factory Kaloderma (which was named after the aforementioned cosmetic product). It was built by the Vlajčić brothers (Todor, Petar and Milan), the sons of the factory founder Jovan Vlajčić.

Unfortunately, the architect who designed this palace is not famous. After the Second World War, the Nevena factory was located here, then a reading room and then a shop. Since 1981, it has become the House of Youth Culture “Žika Ilić Žuti”, then the House of Culture Leskovac, and since 2002, the Leskovac Cultural Center has been located here. 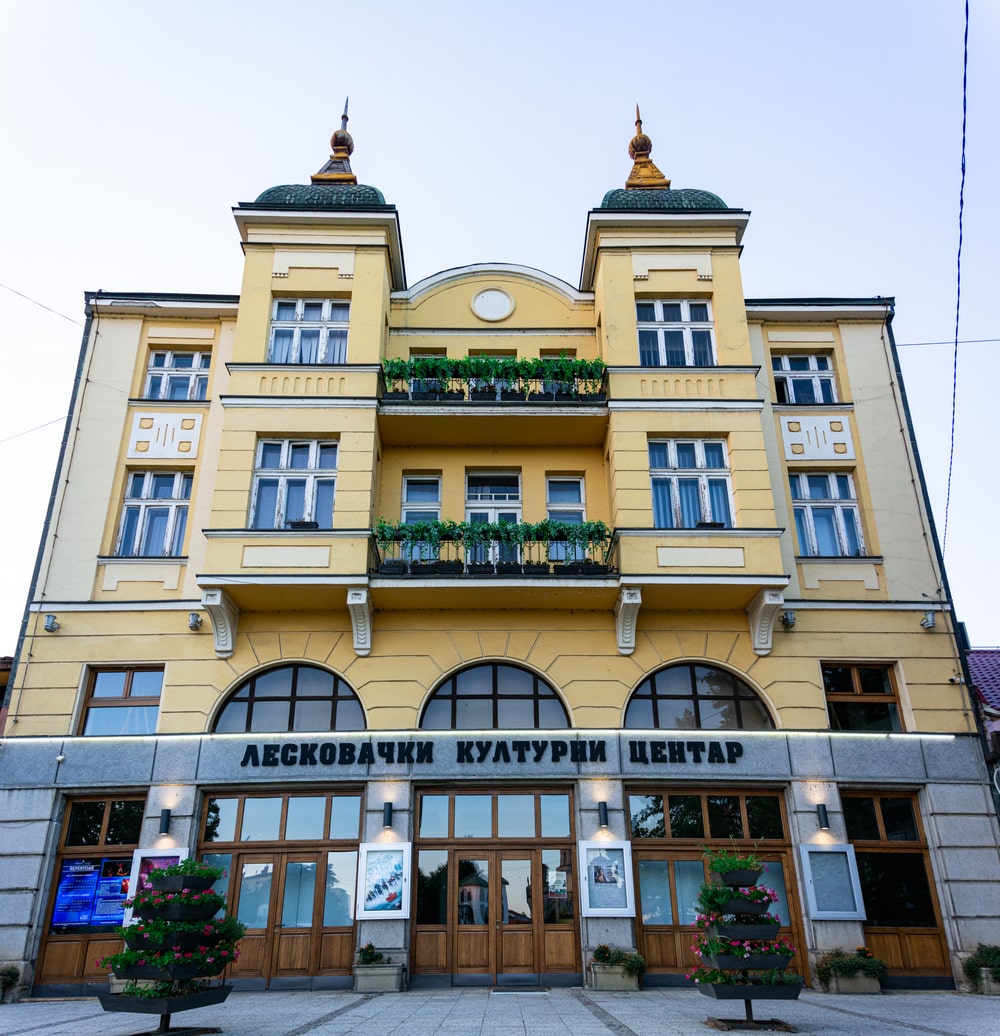 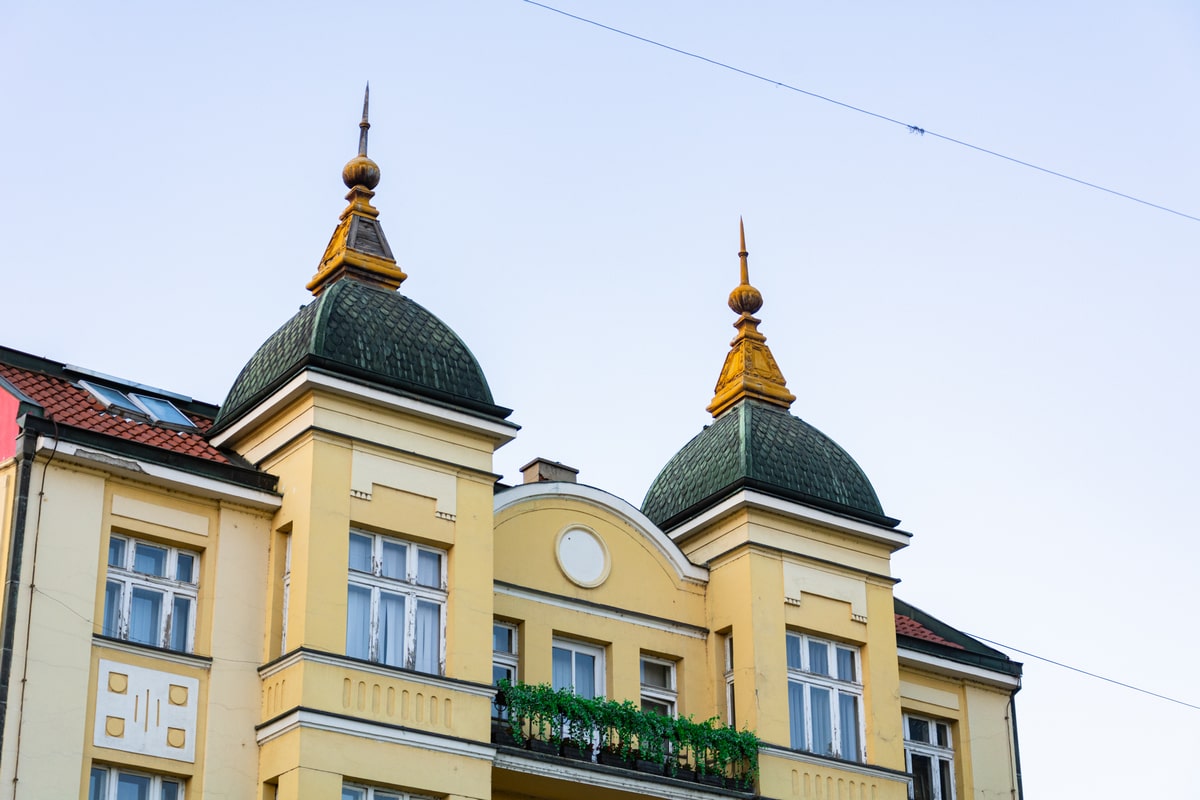 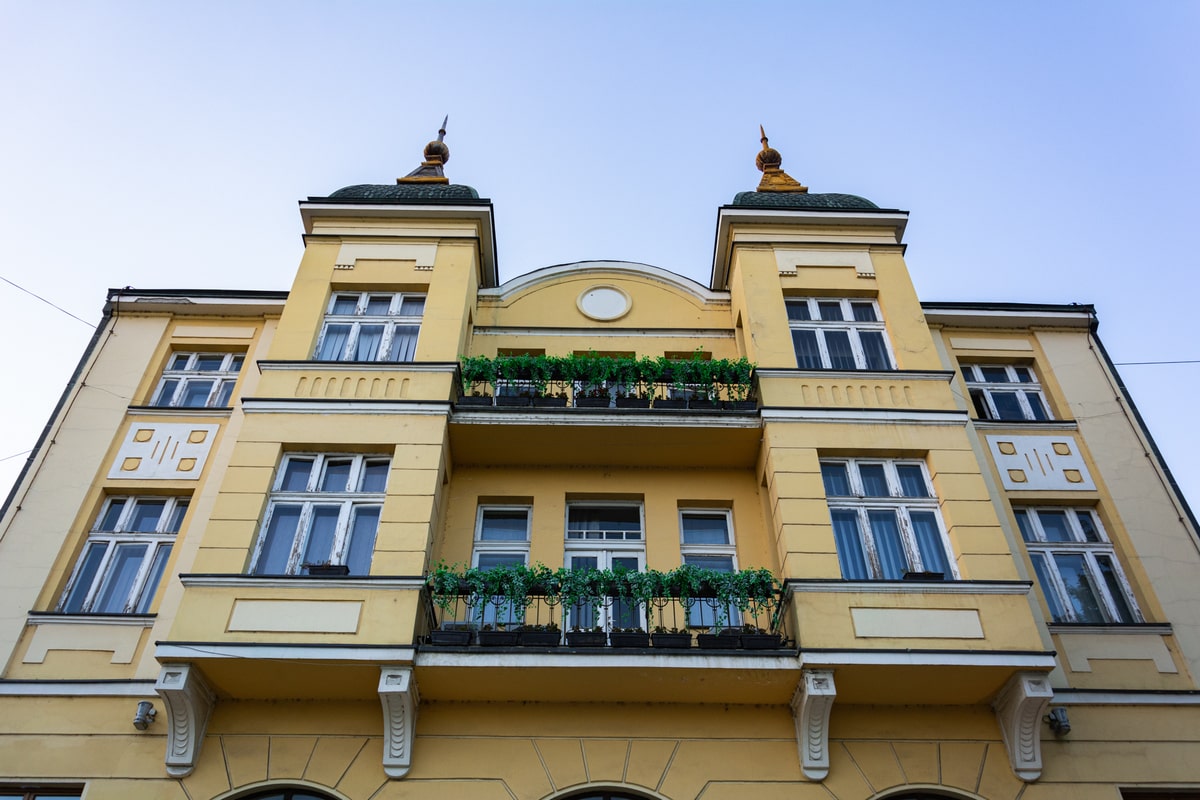 It was built in the style of eclecticism with elements of academicism, and the most characteristic feature of it is that at the top of the bay window are placed two spherical pyramids covered with green tiles. The façade decor is monumental and divided by various architectural motifs. The building is a distinctive yellow colour, with ochre decorations. On the ground floor there is an entrance to the cultural centre. The building is in excellent condition and entry is allowed.