One of the most important buildings in Leskovac with Western European characteristics, which miraculously, although damaged, survived the Anglo-American bombing in 1944, is the Palace of Sotir Ilić. It was built in 1911 and belonged to the industrialist of the same name. Miraculously, it remained the property of the family, it was not confiscated or nationalized after the Second World War, and until 1998 it was the property of the Ilić family. In 1989, it was finally declared a cultural monument and thus escaped the tragic fate that other palaces and valuable buildings in Serbia experienced after 1945 in the socialist craze for modernity.

Sotir Ilić himself was one of the six sons of the famous Leskovac industrialist Kosta Ilić Mumdžija. Kosta Ilić was one of the founders of the textile industry in Leskovac, and it is known that the textile industry was one of the most important in Leskovac at that time. From 1891, after finishing school in Ljubljana, Sotir Ilić started working in his father’s factory. The Ilićs increased their business connections and capital, and as they were on the border with the freshly united and energetic Bulgaria, the need arose to show their wealth. The future palace was also helped by the fact that Sotir was familiar with modern civil architecture, which led to the construction of the palace, whose main investor was Manuel Iliev, a Bulgarian industrialist and father-in-law of Sotir Ilić. The construction of the Palace was entrusted to the best masters who were brought from Bulgaria, and the palace itself was designed by the architect Svetozar Jovanović Stariji, who was employed in the Ministry of Construction at the end of the 19th and the beginning of the 20th century. Jovanović also designed the buildings of the municipality, the District Administration and the District Court in Leskovac (1906-1908), and he was one of the most prominent architects in this part of Serbia.

The palace of Sotir Ilić was built in the then Nova Street (today Radoja Domanovića 1). At that time, the environment was much nicer, since the area in front of the house was paved with a stone pavement, and that was a rarity for Leskovac. The people of Leskovac used to call it “Chonka’s house”, after Chona Ilijeva, the wife of Manuel Ilijeva, who spent the Great War in Leskovac. At the time when Leskovac belonged to Bulgaria (1915-1918), it protected the people of Leskovac from Bulgarian soldiers, since the Bulgarian government was occasionally repressive.

The house was seen by eminent guests. Namely, on one occasion, Prince Pavle and Princess Olga spent the night in the house, as friends of Sotir’s brother, the mayor of Belgrade, Vlado Ilić. Apart from being magnificent as it is today, next to this palace there were also magnificent houses of Leskovac merchants and bankers. To make matters worse, after the destruction of Leskovac in 1944, the communist authorities committed another architectural and urban crime, and with the first post-war urban plan from 1948, he left the Palace sheltered by an ugly multi-storey building. 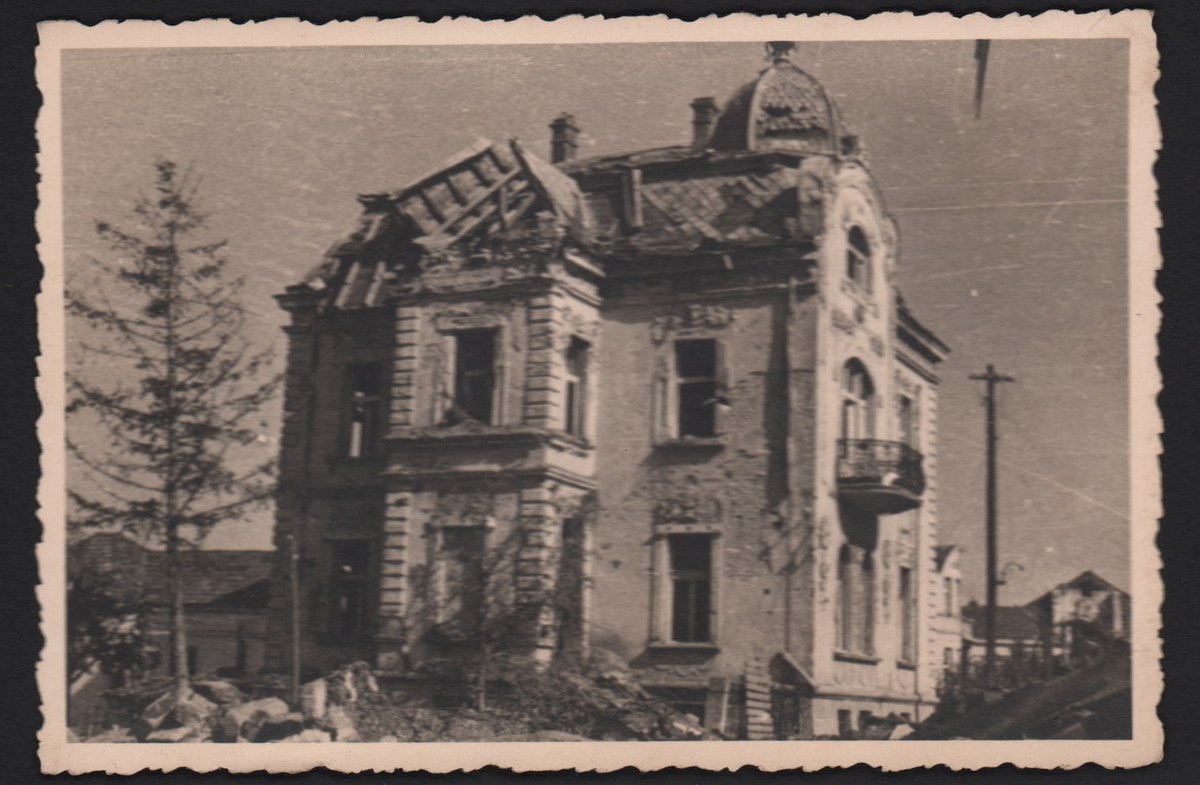 This needs to be understood in the spotlight of the wrong attitude of the communists, who considered the city “spontaneously and built not according to plan”, and predicted a total reconstruction of Leskovac, despite the fact that the city was already regulated by the 1882 urban plan.

The building is in firm condition.