Kapetanovo castle is situated in the village of Stari Lec, in Plandište municipality. It is only 100 metres away from the main road in the very heart of Banat plain.

The castle is clearly visible given that it is not overgrown with vegetation.

It was built by Béla Botka who was born in Banlak in 1861. Upon moving to Banat, Botka purchased a large amount of land – as much as 1,100 acres. After Vojvodina had been annexed to the Kingdom of Serbia in 1918 (the country name was later changed into the Kingdom of Serbs, Croats and Slovenes), authorities introduced the land reform. Consequently, many landowners lost a large portion of their estates. Botka’s land was reduced to half.

After that, the Botka family was rapidly losing their wealth which is why all the castle furniture along with the castle building were eventually put on public licitation by Petrovgrad bank in 1938.

Franc Maj, a merchant from the village of Bočar bought it as a dowry for his daughter Emilia. She brought the castle to her groom Milan Kapetanov upon marriage – hence the name Kapetanovo. However, there is the legend associated with the castle. The legend has it that the castle saw evil fate in 1938 as Béla’s wife, Emma, unable to stand the bankruptcy and losing the castle, doused herself with gasoline and set herself on fire. Nothing left of her but a strand of blond hair that was floating around the castle for a long time. In August 1938, stories say, the sky was streaked with comets every night, reminiscent of that sad fireworks display. Even today, when the reapers mow the grass around the castle, instead of grass, according to the legend, a lock of blonde hair is sometimes found on their scythes and rakes. The shadow of a blonde-haired woman is allegedly appearing every year on the day of St. Ilija, which classifies Kapetanovo as a haunted castle surrounded by legend like those found in Britain.

The castle is constructed as a manor house surrounded by a well-tended spacious park with a fountain. It is a multi-storey, longitudinal plan building with asymmetrically distributed masses. It is designed in Romantic Historicism tradition incorporating Gothic and Romanesque style elements. Intentionally built upon arbitrary style to emphasise and provoke the feeling of nostalgia, this building is considered to be an example of Eclecticism. It stands out for the flanking tower and two steep gable roofs stretching symmetrically along the middle sections of two main facades. Polygonal pilasters imitate small towers. The architect was obviously the practitioner of Flemish and Hanseatic school given the noticeable influence of the two traditions. Obviously the idea was to make the mixture between Mediaeval castle and Hanseatic mansion. All the windows have the identically designed Gothic arches pointed to the top. White plastic mortar is used to imitate white marble. 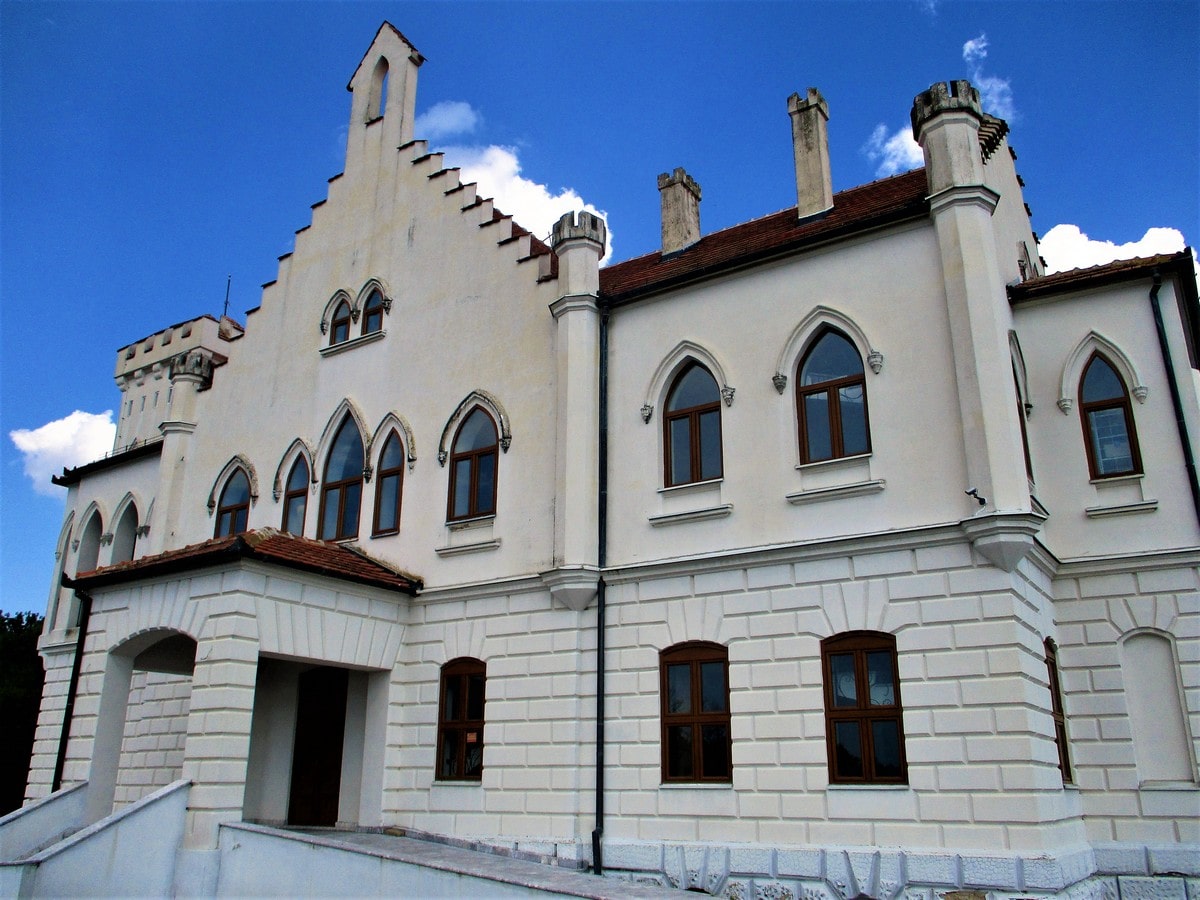 On the ground floor there is a central hall with side staircases leading up to the wooden upstairs gallery with massive wooden supportive beams. The rooms located upstairs were for relaxation. Living room with a salon was located downstairs along with the kitchen, dining-room and library.

After World War II the castle was confiscated and handed over to the employees of an agricultural company to live in. As early as the 80s the castle fell completely into disrepair. Nothing was left of the spacious park surrounding the castle but one cracked and neglected fountain.

According to currently available information, it passed into the private ownership of Radmila Jovanović, who renewed it. The castle is in excellent condition, and when the owner is not there, tourists are allowed to enter with a symbolic fee. The castle is located on the Airbnb platform and can be rented for accommodation. 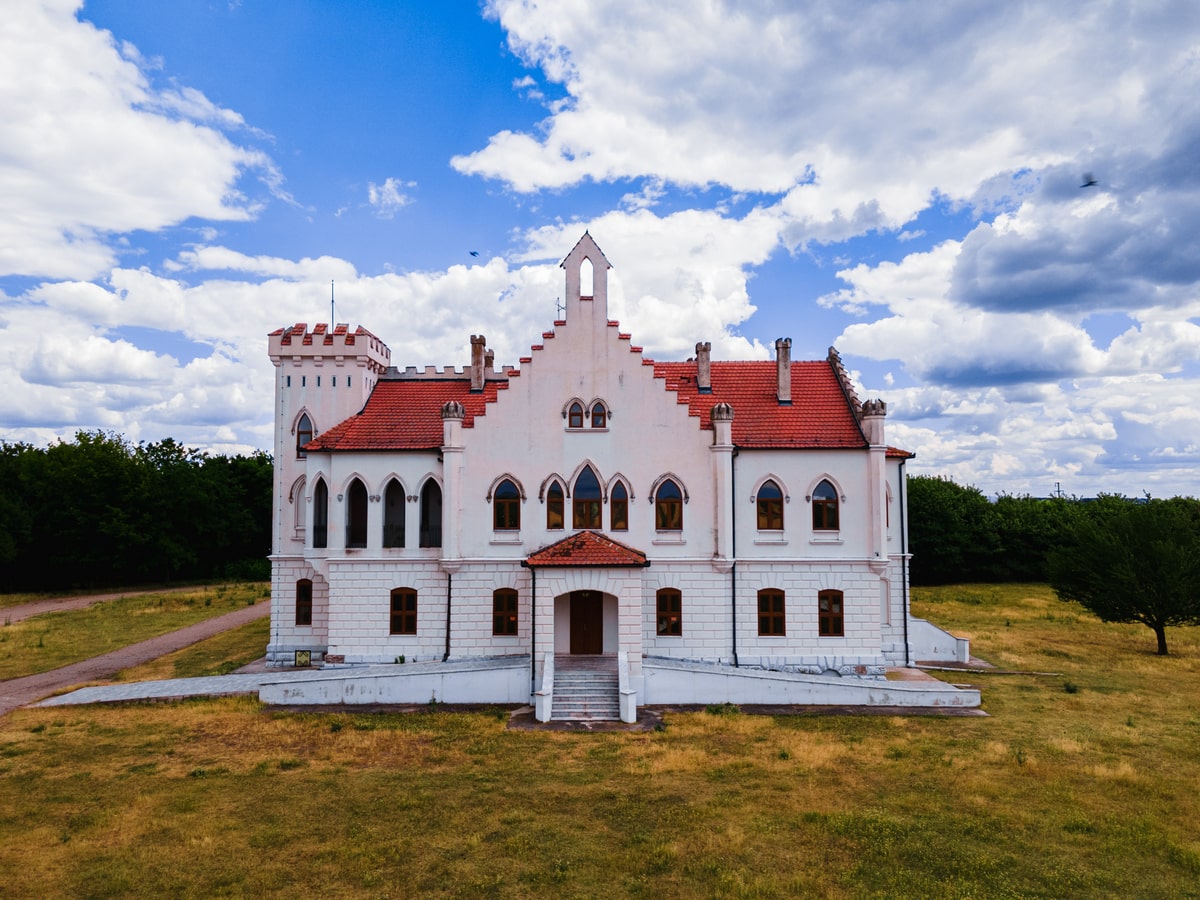