One of the best examples of how a neglected castle can be renovated and given a new purpose is Hertelendi-Bayer Castle, which is located in the village of Bočar.

The castle is, most probably, built after the death of József the Older, when the estate was divided between his three sons: Ignyac, Miksa and Károly. One of them built a building on this spot. There is no reliable data about original characteristics of the building, except geodetic survey of the village which shows that that was a building with base in shape of Cyrillic letter p (П-shaped) as it is today. At the end of 19th century the castle with estate was bought by the brewer Aloyz Bayer that reshaped it in a secession style in the first decade of 20th century.

The castle Hertelendi-Bayer is single-storey building with long lateral annexes. Essentially building was designed in a secession style and shaping of the castle was consequence of style that was dominant at the beginning of 20th century. Corners of the building are emphasized by lateral risalites with powerful pilasters ending with tall semi-circular attics. One of the characteristics is wavy roof cornice. The park is partially preserved. Within the complex there were several economic facilities. One of them is preserved until today − former horse stable that is reconstructed into an annex for accomodation of children.

Until years ago the castle was home of mental hospital. Today intensive construction and now it is a place for children’s stay according the principle of teaching in nature. On the site of the former park, there are now the most modern playgrounds for children. The redecoration gave the castle a characteristic light orange color with white frames around the windows, and other decorations on the facade were accentuated with the same colour. 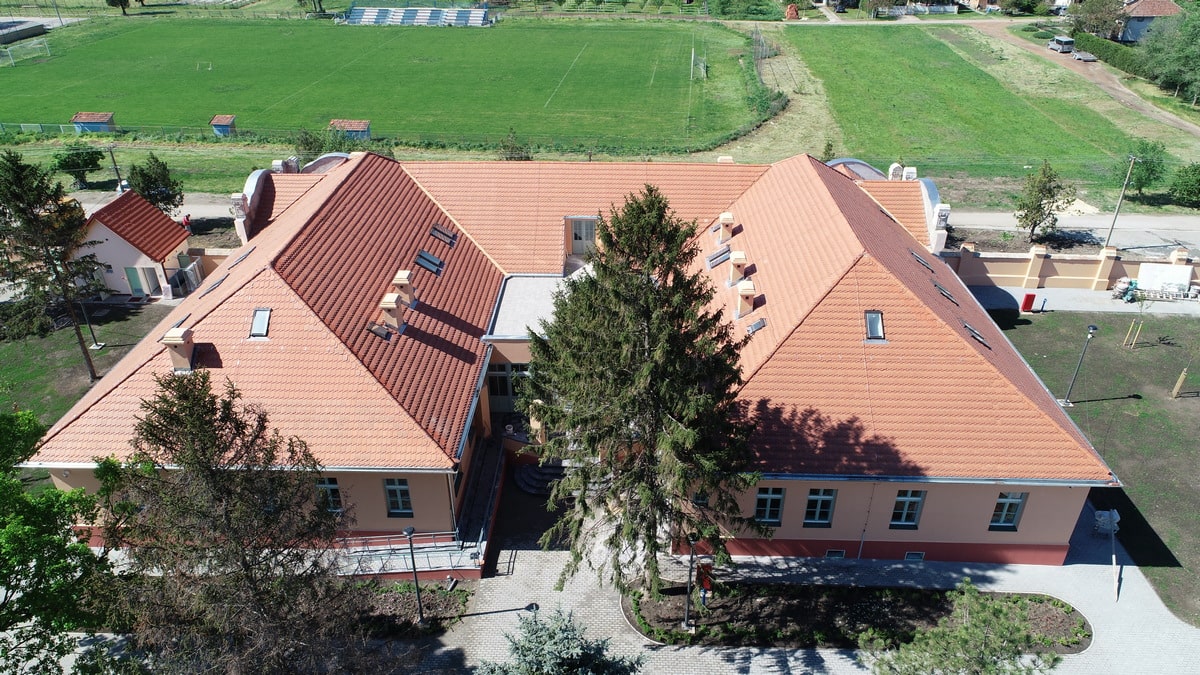 The castle is registered as cultural monument and complete reconstruction of this castle is under professional supervision of the Institute for the Protection of Cultural Monuments. This facility has new purpose and it is an example of good practice of reconstruction of valuable architectural asset to facility with totally new purpose. The Provincial Government has invested nearly 400 million dinars in the renovation of that castle.