Tucović Villa in Valjevo is located at 15 Pop Lukina Street, and was built in 1927 according to the plans of engineer Pavle Aleksić for the daughter of Duke Živojin Mišić Eleonora (Ela). Namely, Duke Mišić left his daughter a behest to build a villa in Valjevo, which she did. Eleonora married pharmacist Mihailo Marković. Their daughter Đeđa married the pharmacist Svetozar Tucović, after whom the villa was named, and whose family is the present owner of this Valjevo villa.

At the time of construction, it was the first “villa” built in Valjevo. The villa is designed as an free standing structure, away from the street and surrounded by a garden. The building consists of a ground floor with a high foundation, first floor and attic; it is built of solid materials. The facades are plastered and have a rich plastic decoration, especially around the openings, and the colour of the facade is elegantly white. The ground floor has a polygonal projection that serves as a living room and a series of windows that open onto the terrace. The asymmetrical first floor space has a large open terrace on the south side and a large full mass on the north side. Among the decorative elements of the facade are stylized shells and stucco, such as those found in sezession architecture; cornices with floral motifs are symmetrically arranged around the main entrance. Particularly impressive are the motifs of heads on the facades, especially the motif of a bald man with long moustaches, probably an epic Gusle singer or a national insurgent, which is repeated along the facade and is above the entrance, as the most important motif. The lower part of the house, following the example of Serbian houses from this part of the country, is built of stone, while the upper floors are made of bricks. The interior still features marble rooms and portraits of Živojin Mišić and his wife, German Louise. The interior has been preserved as much as possible. 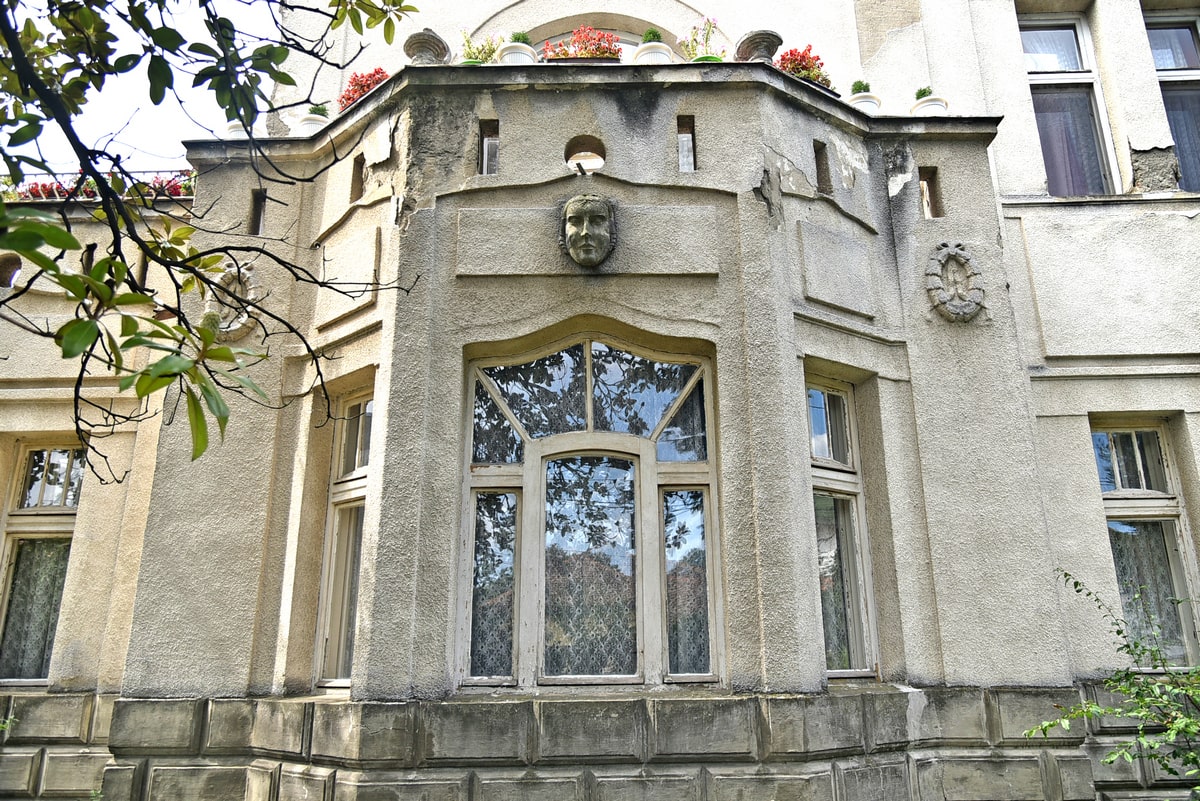 This part of Pop Luka Street has several residences, especially Villa Tucović, which testify to the development of residential architecture and urbanism in the city of Valjevo at the time of its construction. The hostess of the villa, Dr. Jasmina Tucović, who is the great-granddaughter of Eleonora Mišić and the great great-granddaughter of Živojin Mišić, explained the history of the building. In 1945-1946 the Tucovićs were evicted as a “reaction” but due to the importance of Živojin Mišić they moved in again, and for years they returned to their ownership room by room.

The facade is in a bad condition, since the parts are falling off. Entrance to the building is not allowed, and restoration is necessary.