The castle whose deserted corridors we are wandering was abandoned before the end of the First World War by Laszló’s great-grandson Aladar Karácsonyi. At the end of 1918, during the disintegration of Austria-Hungary, a mob invaded the property, looting the palace and dragging out the inventory. The following year, 1919, Mihail Rodzjanko (Mikhail Rodzyanko), a Russian emigrant and former president of the Russian Duma, who lived there until his death in 1924, moved into the castle. In 1938, the castle was sold to the municipality of Beodra, which used it as a primary school. During the Second World War, when Banat was under German occupation (Serbian province under autonomous government of the Volksdeutcher, “Home German” community), a mental hospital was located in the castle. After the war, it housed a home for the children of fallen soldiers, a “home for sightless (unruly) female youth” (whatever that meant at the time), and since 1960, the Miloš Popov Elementary School, as evidenced by drawings of children’s motifs on the wall next to the central staircase.  In 1980, according to someone’s crazy idea, the chemical industry “Hinom” moved into the castle and remained there until 2000, when the company went bankrupt. There are still tanks with acids and other chemical substances in the ballrooms and dining rooms of the Karácsonyi Palace, and freight elevators for goods were subsequently installed. It is simply unbelievable that a palace like the one in France, Germany, Austria and even Hungary, Romania and Poland would attract thousands of tourists and employ the local population – it served as a factory in our country. After 2000, the Karácsonyi castle is without purpose and in poor condition. Locals say negotiations are underway with a Turkish company that will reportedly turn it into a luxury spa hotel.

It was built by nobleman and prefect of the Torontal County Lájos Karácsonyi between 1842 and 1846 on his estate in Beodra. The castle was built as representative residential building, which, with its spatial disposition and architectural design dominates the spacious park. Architecturally the castle and all auxiliary facilities which were part of the estate, were designed to be in compliance with classicist style.

But now a little bit of historical background. The settlement we know today as Novo Miloševo was created by merging two settlements, Beodra and Dragutinovo. Dragutinovo is a new name that the village of Karlovo took after Dragutin Ristic, a colonel of the Serbian army from the First World War.

Karlovo was named after Maria Theresa’s father, Charles IV of Lorraine. In the 16th century, Karlovo, which was not so called at the time, was in the possession of the feudal lord Istvan Tegeldi, but after several devastating floods it was deserted and displaced. The property was annexed to the royal chamber goods in 1751, and already in 1753 it was mentioned that Karlovo was inhabited by Serbs, mostly those from the defunct Tisza-Mureș Military Frontier. At the first auction of chamber goods, the property was bought, in 1781, by the Armenian merchant Bogdan Karácsonyi, who later became Hungarianized, at a price of 105,000 forints. This good became modern and advanced and brought the Karácsonyi family a lot of money since they built two huge castles in Beodra. 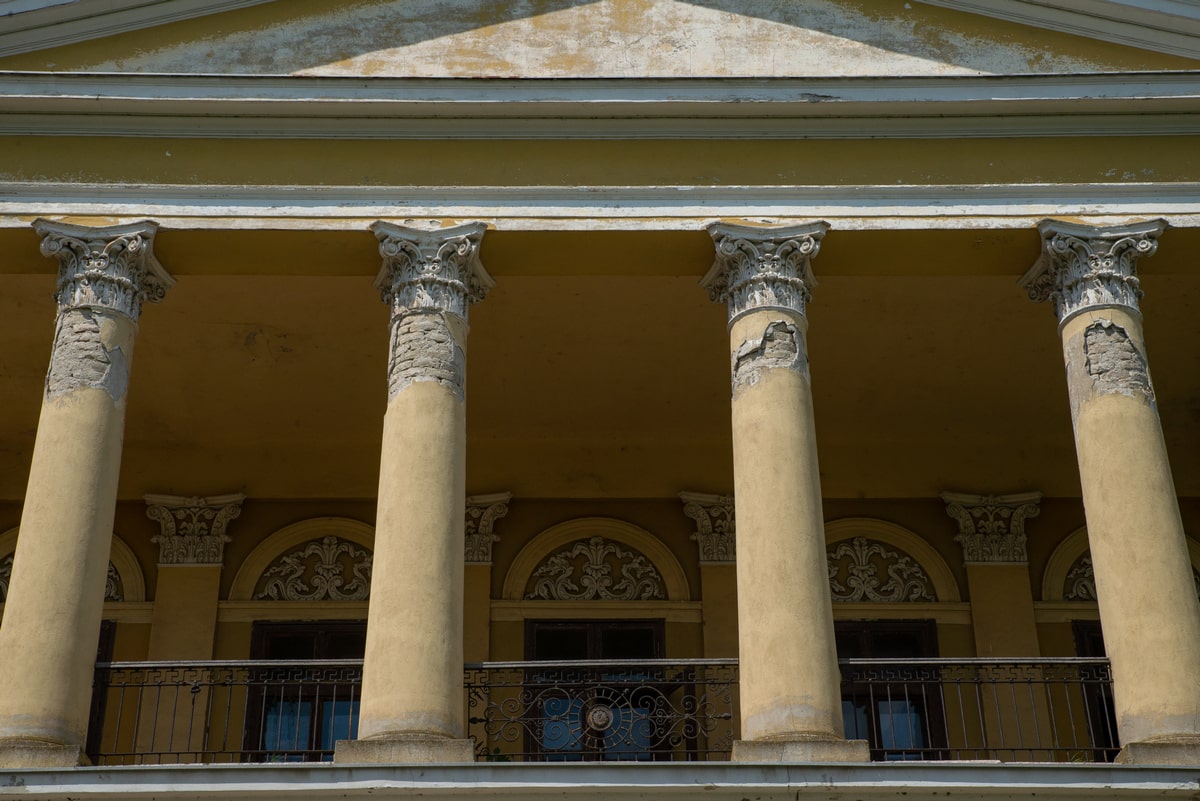 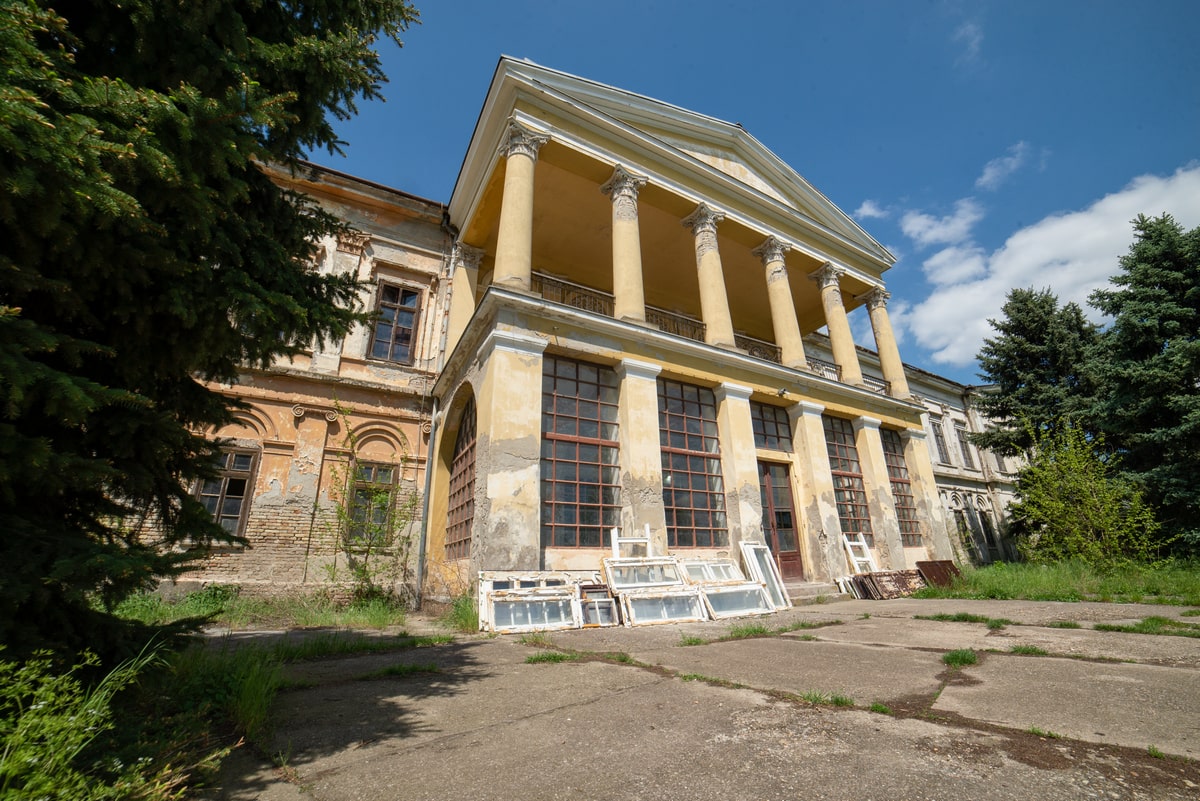 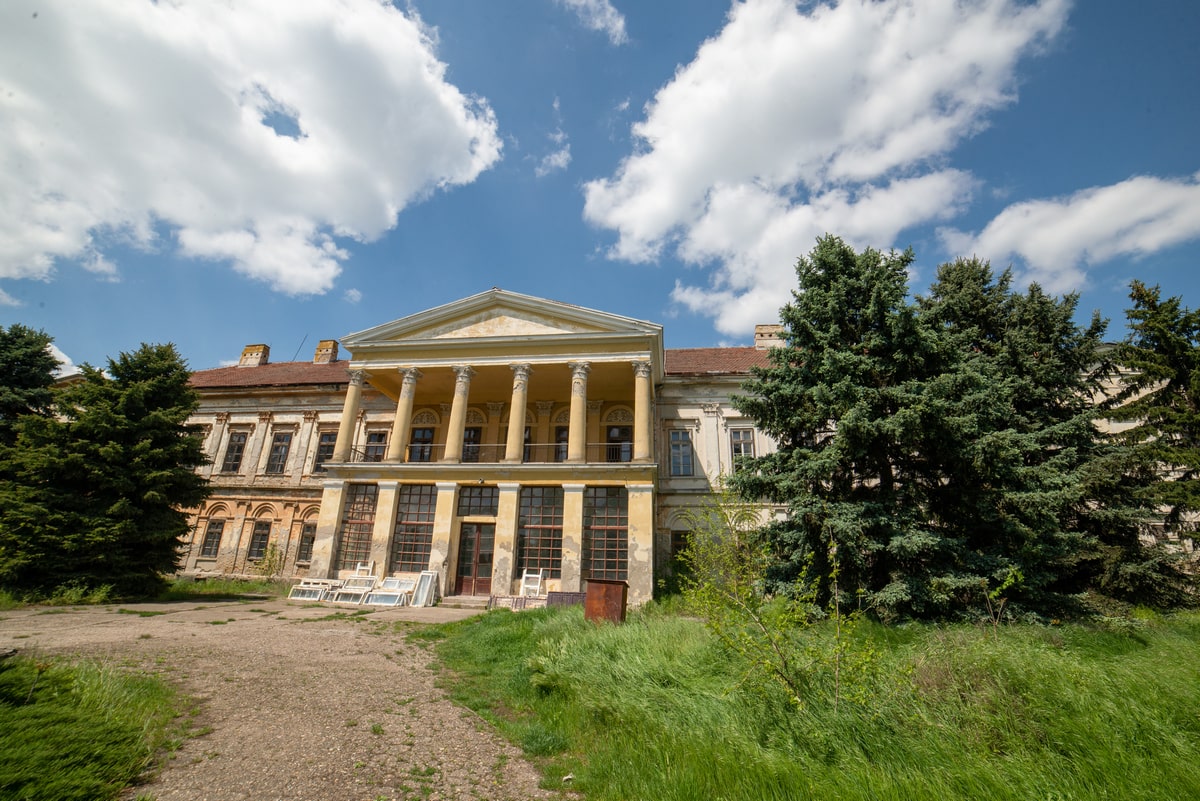 The building has a elongated rectangular base and it is rare example of multi-storey residential building. The main façade is symmetrical with shallow risalits positioned on corners of the building ending in tympana. Representative entrance is positioned at the central part of the main façade below the portico. On the ground floor, portico is supported by rectangular Doric columns. On the upper floor, where the big balcony is, portico is supported by Corinthian columns finishing with architrave, frieze and triangular tympanum. Ground floor and upper floor are separated by horizontal division additionally emphasized by cornice. Window axes on the upper floor and the ground floor coincide and make rhythmical arrangement along the façade. Windows are placed between pilasters. Pilasters on the ground floor have Ionic capitals and semi-circular stepped gables, and on the upper floor Corinthian capitals and straight profiled pediment with decorative consoles above the windows. The rear facade is flat, emphasized by centrally placed glazed element which is supported by Doric columns. Window axes coincide and lateral risalits are emphasized by number of windows. Auxiliary economic facilities, such as horse stables, stables, warehouses and servants-quarters, are integral parts of the estate. These facilities together with castle form an architecturally and stylistically unique and well-coordinated complex.

After the Second World War the castle was a home for the children without parental care, correctional facility, primary school and company manufacturing household chemicals: chemical industry Hinom. Inside, the castle was remodelled for the needs of the factory, but it was not completely and adequately renovated, since the owners inadequately changed the layout of the rooms, and especially the appearance of the rear façade. It was surrounded by a mighty park since there was little left: the chemical industry had devastated it. 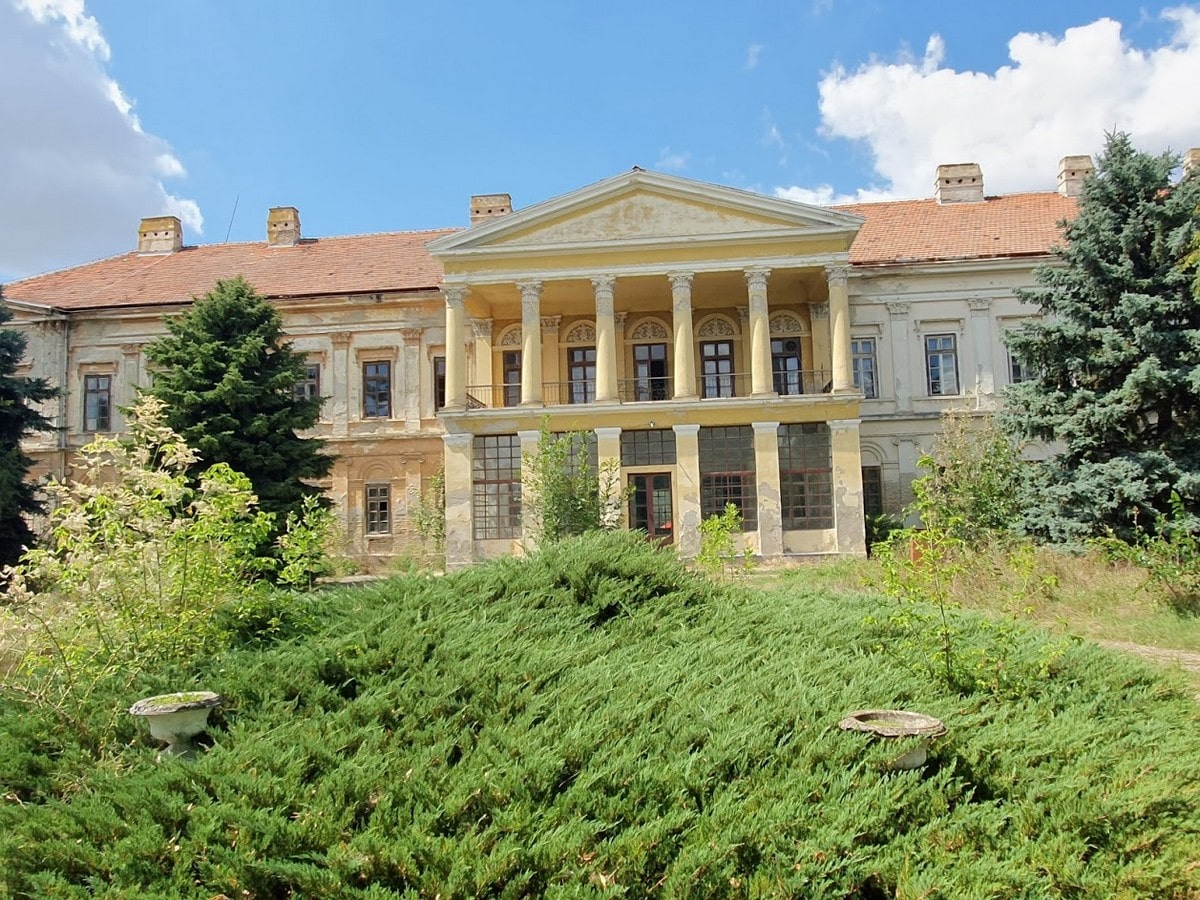 There was another, older castle in Beodra, which was demolished, and was built by Lájos’s brother, László Karácsonyi, between 1838 and 1842. Lájos and László also built a church with two towers in Beodra (two brothers, two castles, two towers). But this castle was demolished after the First World War. And he was of the classicist type. Both castles are considered to be at the very top of European classicist architecture.

Rear façade of the castle is in very poor condition. The castle has a status of cultural monument of great importance. It is in bad condition and without defined purpose. The factory has been evicted and the castle can be approached.