At the beginning of the 19th century, Hungarians began to settle in the north of Bačka, far from the Danube, and before them, Germans also were coming here. One of the Hungarians who found his home here in the then colonization was Imre Kovacs, a rich man, who bought the manor of Riđica in 1801, which gave him the status of a nobleman and a nobiliary paticle “from Riđica”, i.e. “Riđički”. Of course, the lord had to have his own castel, or castle. This one, which is located in the centre of Riđica, was built by a builder from Baja, named Bischoff, through kuluk (forced labour) of all the subjects on the property, and it was completed and moved in in 1806.

The castle consists of 16 rooms, three of which were halls, and the rest were secondary rooms. The castle, built on an area of ​​26 acres and 47 hvats (approximately fathom) of land, is surrounded by a brick wall, two meters high and 70cm thick. Behind the castle, a beautiful English-style park was built, through which the river Kiđoš flows, and an English park was formed around it according to the project of the landscapist Franjo (František) Hitter from the Czechia.

The castle was built as a free-standing two-storey building located on a hill above Kiđoš. The building was conceived in the spirit of the late Baroque as a compact two-storey building with a rectangular base, with a pronounced central avant-corps in which a representative entrance with an altana on the ground floor is located. The floor and attic cornice horizontally divide the first floor and the ground floor, and the façade is accentuated by a triangular projection and a special roof of the central avant-corps (this part was subsequently demolished). Until recently, the remains of an older castle that was built before Kovacs could be seen on the islet on Kiđoš, and now only traces of collapsed stones can be seen. The owner of this castle also built a smaller castle, in 1836, and it has been preserved, in the immediate vicinity of the existing one, and until recently it housed a village library.

The documents note that the owner had the idea to create a lavish manor castle that would be widely known and famous, and which would be visited not only by nobles but also by prominent political and cultural officials, which has happened throughout its history, as one contemporarysays: “it was supposed to be a kind of noble nest.” The building was built in the late Baroque manner, almost at the transition to the zopf. Its interior was sumptuous; it had a large library, works of art in various languages, maps, portraits and the like. Here, Kovacs organized a hunt with over 300 hunting serfs and 10 carts, in the north of Bačka and Baranja, where he had his property. The castle was visited by the Archbishop of Kalocsa, Petar Klobušicki, Counts Radvany, Istvan Karoly, Lajos Kossuth, Győri László and many others. 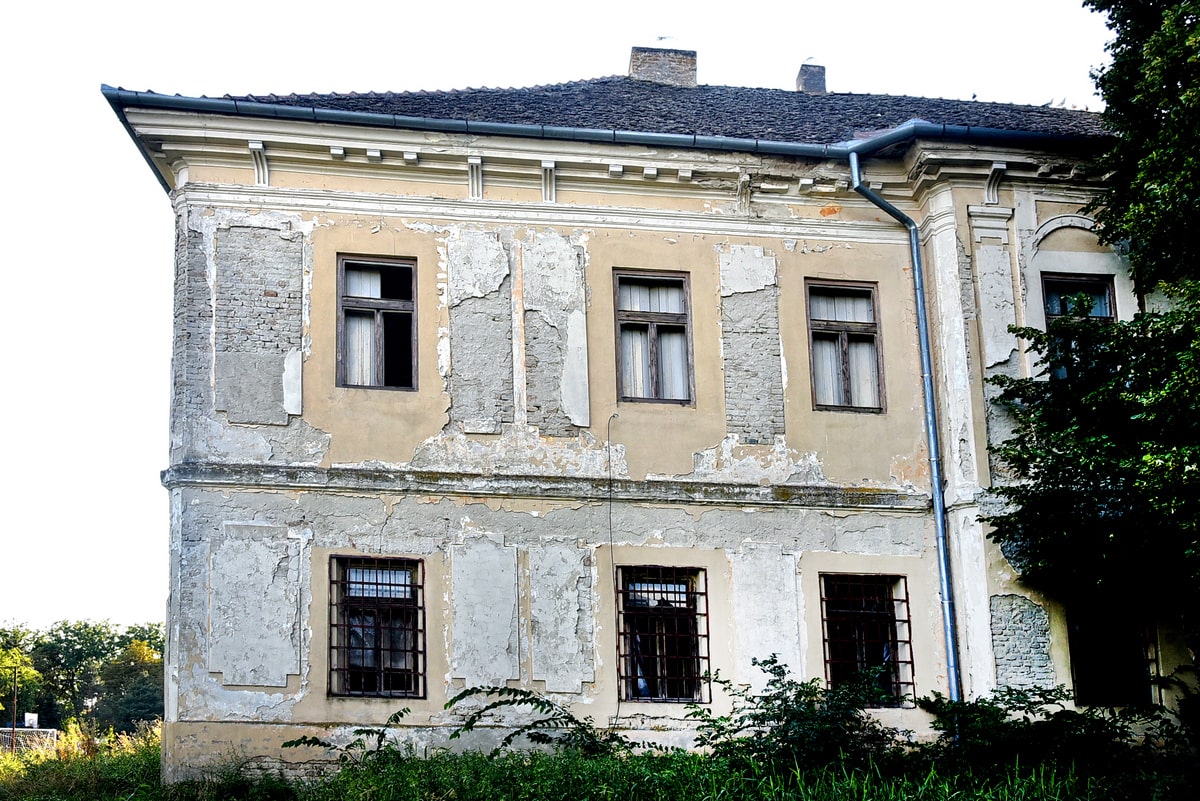 The building was once used as a local office, it held technical drawing classes for primary school pupils in Riđica and the park was turned into a playground and sports concrete court (where the handball club “Dalmatinac” played its games, since Riđica is inhabited by colonists from Dalmatia). Today, the Castle of the Kovacs family is abandoned, it has been completely neglected for decades. The building is in a very poor condition and it is necessary to carry out serious construction works in order to restore the representativeness and original appearance of the building. Vandals robbed it and completely devastated it. It is strewn with graffiti and everything is broken. Serve as hooligans gathering place. A large part of the roof was damaged, the doors and windows were broken down, so the deterioration of such an unprotected building was accelerated. The city of Sombor took over “Kaštel” in 2017, which has been in a state of disrepair for decades, and has not done anything about it so far. That is why the Association of Citizens “Iron Bridge” from Riđica sent a letter to the leaders of the city of Sombor, with a request to urgently stop the further deterioration of the castle. They are asking for the necessary measures to be taken to secure a facility that poses a threat to the safety of citizens, but they are also proposing its renovation. The castle of Count Imre Kovacs has been declared a cultural asset.