Villa Kleefisch (Serbian spelling: Klefiš) in Jagodina (at 35 Kapetana Koče Street) was built in the 1930s to serve as a family residence for Theodor Kleefisch, who owned a factory in the food industry field that would later become Meat Industry Juhor. The Kleefisch family, former owners, moved to Jagodina from Italy in 1901. Pietro Kleefisch received a concession for the production and export of eggs and poultry, and his son Teodor started the production of sausages and salami according to the recipe of Italian masters. Their property was confiscated after the Second World War. In 2006, Politika stated: “Kleefisch’s company was confiscated and nationalized after the Second World War, and in April 1946 it was registered as a state factory of salami and cured meatproducts.” At that time, the partisan court sentenced Teodor Kleefisch to death as an enemy of the people, but thanks to his Italian citizenship, he escaped execution. This pre-war industrialist and humanist, who was extremely respected in Jagodina, being guilty in court only for being a “hardened capitalist and collaborator of the occupiers”, died in 1960 in Pondemone, Italy. The descendants of the Kleefisch family started the restitution process, asking for Juhor back, but in 15 years, little was decided in their favour, so the villa was not returned to them.

The building has a rectangular layout and consists of a basement, ground floor, first floor and attic. It is built of bricks and reinforced concrete; the facade is plastered. The central portal is surrounded by marble slabs and is framed by two pillars finished with stylized Doric capitals and supported by stylobates.

The windows on the ground floor are semi-arched, while on the first floor they are arched and grouped in pairs or triads; they are surrounded by pilasters; the window decoration is made of white cement with smooth edges to create the illusion of stone blocks. In the upper part of the house there is a terrace with concrete fences; a swimming pool was built there. The roof is flat, covered with sheet metal covering, with a reinforced concrete cornice. On the west facade, there is a plaque in memory of the workers in the Juhor factory who died in the Second World War.

The villa has a representative function, and its interior is also richly decorated, especially the ground floor, which was used to receive guests, organize business meetings and various cultural events. The floors are made of Italian ceramic mosaic, and the side spaces are made of mosaic parquet with geometric shapes. The walls are smooth, while the ceilings are with shallow plastic decorations with a plaster rosette in the middle.

From the ground floor to the top leads a circular reinforced concrete staircase covered with white marble slabs; this staircase is externally lit by metal windows with tinted mosaic glass. The outside is lit by metal windows. The windows are glazed with multicolour glass in the form of mosaics. 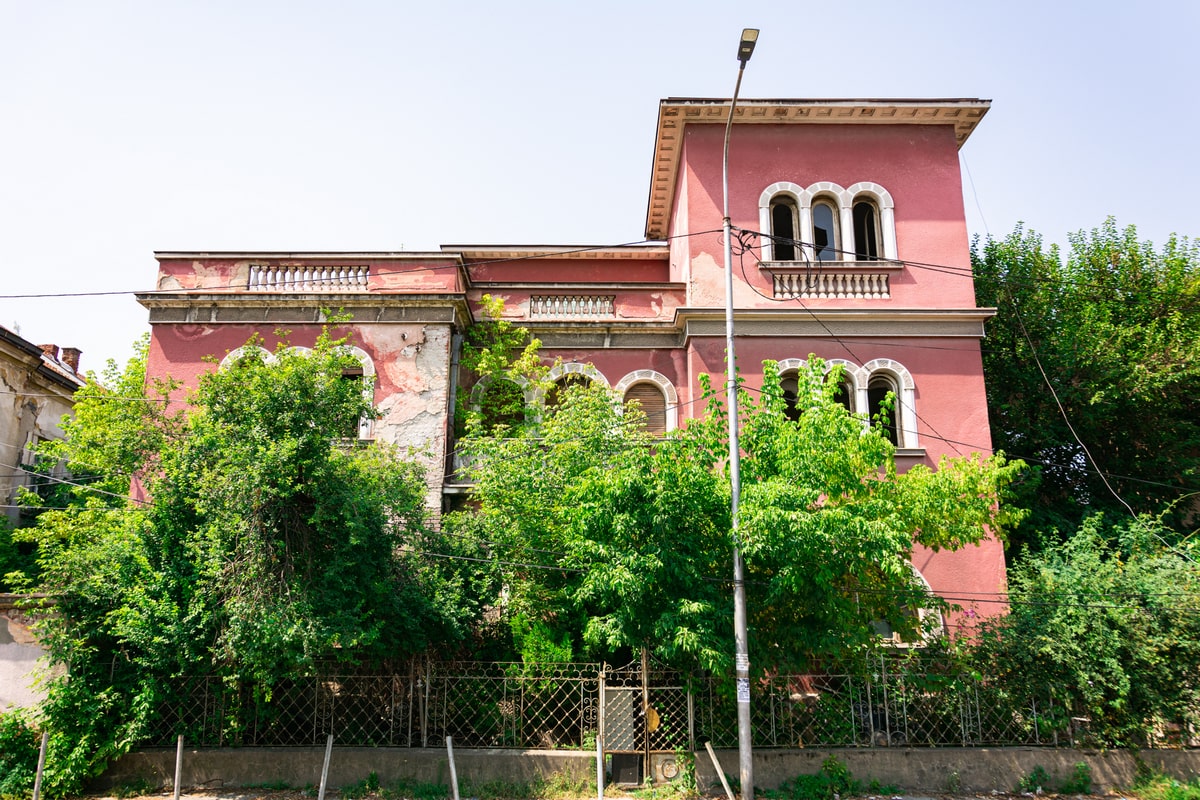 Upstairs are the bedrooms that were particularly used to accommodate the Kleefisch family and accommodate guests. In the attic were staff rooms and rooms needed for building maintenance. In one portion of the attic floor there is madea walk-through terrace with a swimming pool. The central part of the attic is under a flat roof, and the sides of the building are slightly sloping and covered with sheet metal.

Currently abandoned and overgrown. The windows are broken in some places. The courtyard is locked. Urgent rehabilitation needed.