Until 1781, Čoka was a northern Banat wasteland, freshly liberated from the Ottomans, and then was bought by Lörincz Marczibányi for a hefty sum of 95,500 forints. The following year, Marczibányi colonized Hungarian serfs to work on his property. Five years later, he also brought Slovaks. Then Marczibányi started building the castle, but did not finish it. This was done only by the next owner, Károly Schwab or Sváb, almost a century later, in 1870. The castle was almost “lost” after the extinction of the Marczibányi male lineage, and in the meantime the property was bought by Agoston Berber and Klusemann the brewers from Köbanya. At the end of the 19th century, the estate changed owners again, and theythen became Arthur and Károly Léderer, who were one of the richest Jewish families. They also founded a farm, and the castle and the administration house were the driving force of the surrounding towns, villages and estates and lands. They have provided a high level of economic progress.

The property remained the property of the Lederers until the Second World War, when Banat came under the rule of Nedić’s Serbia, a puppet state of the Nazis, where Banat was an autonomous province in which the Volksdeutsche had all the power, and during the Second World War for a timeit belonged to occupier, not anyone, but – Hermann Goring himself!

The castle, elegantly yellow, is a two-storey building, with an elongated floor plan and a symmetrical layout. The facade faces the main street, and on the other side is the mighty “Old Park”. The façade of the main entrance is divided by lateral and central avant-corpses. The ends of the avant-corps are tympanums that rise above the roof cornice. The windows are rhythmically arranged in a row, on the ground floor with a flat upper beam, and on the first floor there are windows with an arched finish. There are precious wrought iron bars on the windows.

The roof is four-way sloped, it is embellished with roofs on the avant-corpses on the sides. The layout of the main wall masses, facade and symmetrical base, has the characteristics of the classicist style, but as it is not built whole at once, it received additional elements that do not belong to classicism, and in the meantime it received eclectic features. 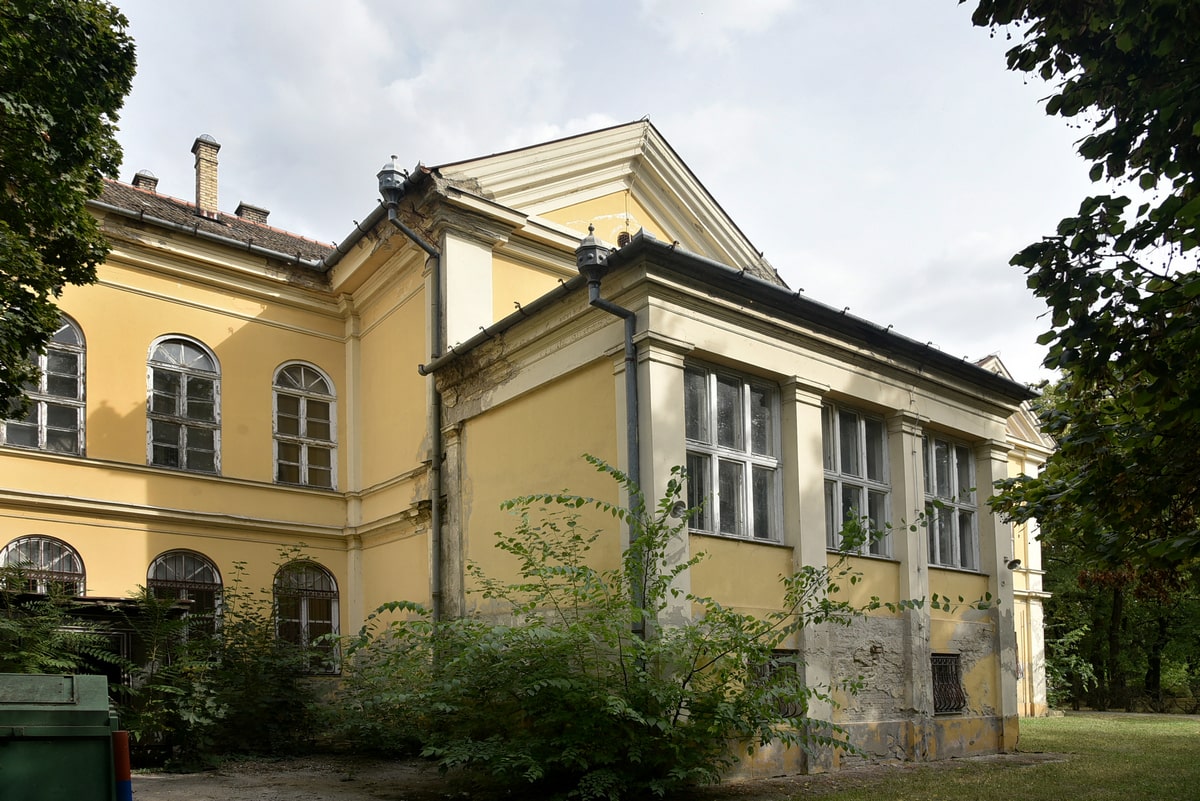 It is one of the castles with a more refined style in Vojvodina, and is considered to have great architectural value. After the Second World War, it was confiscated and in 1950 the agricultural estate “Čoka” was founded there, which until recently used the castle as an administrative building, which is also mentioned on the marble plaque on the side wall in two languages. In 1960, the castle caught fire, during which the roof collapsed. Eternit was then replaced with flat tiles, but the base outline of the roof was retained. Until that year, there was an authentic fence around the park, but then it was demolished and the park became a public area.

Elements of the collapse are noticeable, so remediation is necessary. Today, it is without purpose, exposed to decay. Moisture is evident in the lower belt and the upper one under the eaves, the carpentry is worn out, damaged, the plaster has partially fallen off. Today, the entire building is “homeless”, all movables have been taken away, except for 2-3 offices that serve the interests of the tenants who are changing, unknown among the residents of Čoka. The building cannot be visited, although it is under state protection, as evidenced by the classification of the Institute for the Protection of Cultural Monuments. Disregarding the basement, the building has 40 doors and windows that are partially or completely open, in winter and summer, which helps the decay of the building where the agricultural company is still located.