The castle of Pál Kray is located in the centre of Bačka Topola, near the Catholic Church, which is the second tallest in Europe and testifies to the importance of Topola in ancient times. It was built in 1806 for the Hungarian baron Pál Kray who wanted it to be the residence of his family. The baron himself is a picturesque figure. Pál Kray or in some transcriptions, Krai (1735–1804) received a noble charter in 1762, while the baronial rank of “Baron Kray of Craiova and Topolya” was given 30 years later. He was a general in the service of the Habsburgs. He fought in the Seven Years’ War, the Austro-Turkish War, the wars of the First and Second Coalition. He was one of the most respected representatives of the old Austrian army and as such was awarded the title of nobleman. The Krays got their surname by being from Craiova, Romania, possibly of Romanian origin. The French gave him the nickname “Le terrible Kray”, the French “Terrible Kray”, probably because of his military achievements.

He died in Pest in 1804, however, he did not forget his Topola. The heart of Pál Kray is built into the foundations of the Catholic Cathedral, which is located next to the castle that bears his name. The heart was brought from Pest in a silver box. The church also has a plaque dedicated to Pál Kray, who financed its construction, and the plaque reads “Rest among yours”.

The building, which has a rectangular floor plan, consists of a ground floor and a first floor; its main facade and entrance face the street. This façade has a central protrusion decorated with plaster mouldings and accentuated by a large portal and a wrought-iron balcony characteristic of the construction period. Above the entrance there is a balcony, with a wrought iron fence. The side facades are not decorated. The rooms in the ground floor of the building are vaulted, and in the corners of the rooms there are niches in which furnaces were previously located. It is strikingly burgundy-orange, elegant terracotta colour. 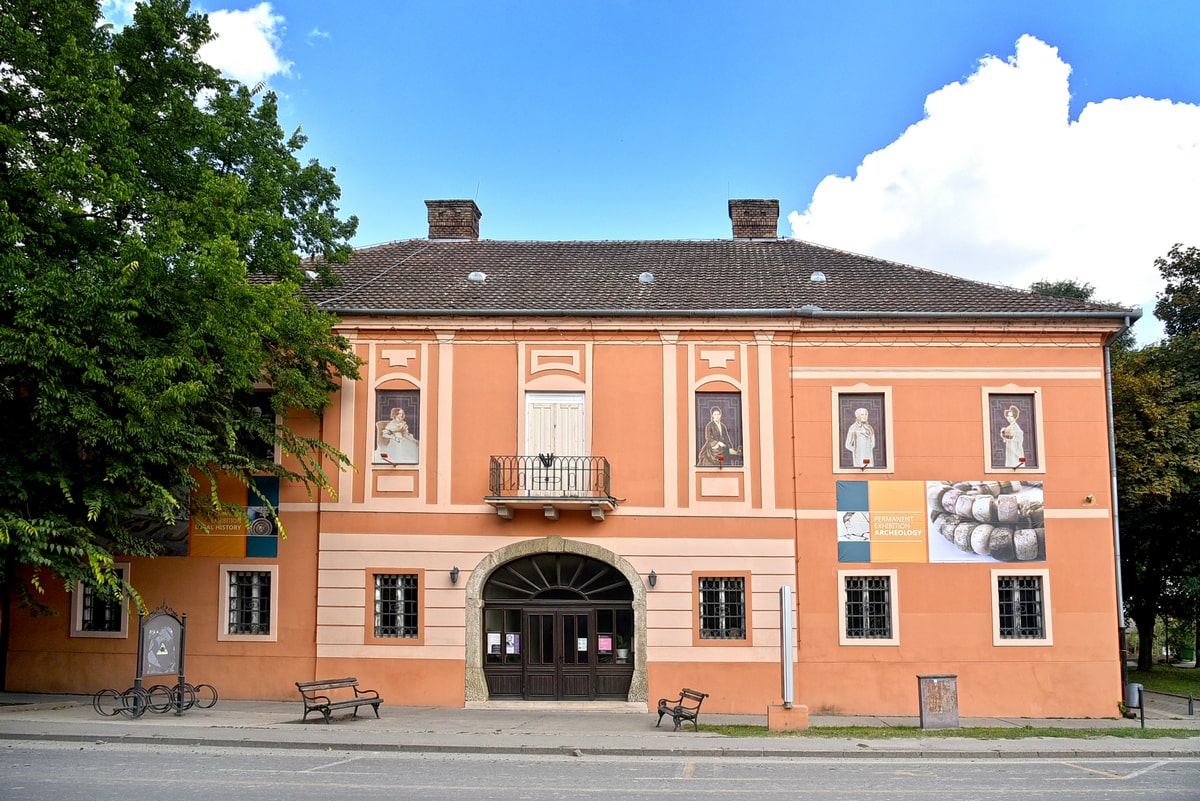 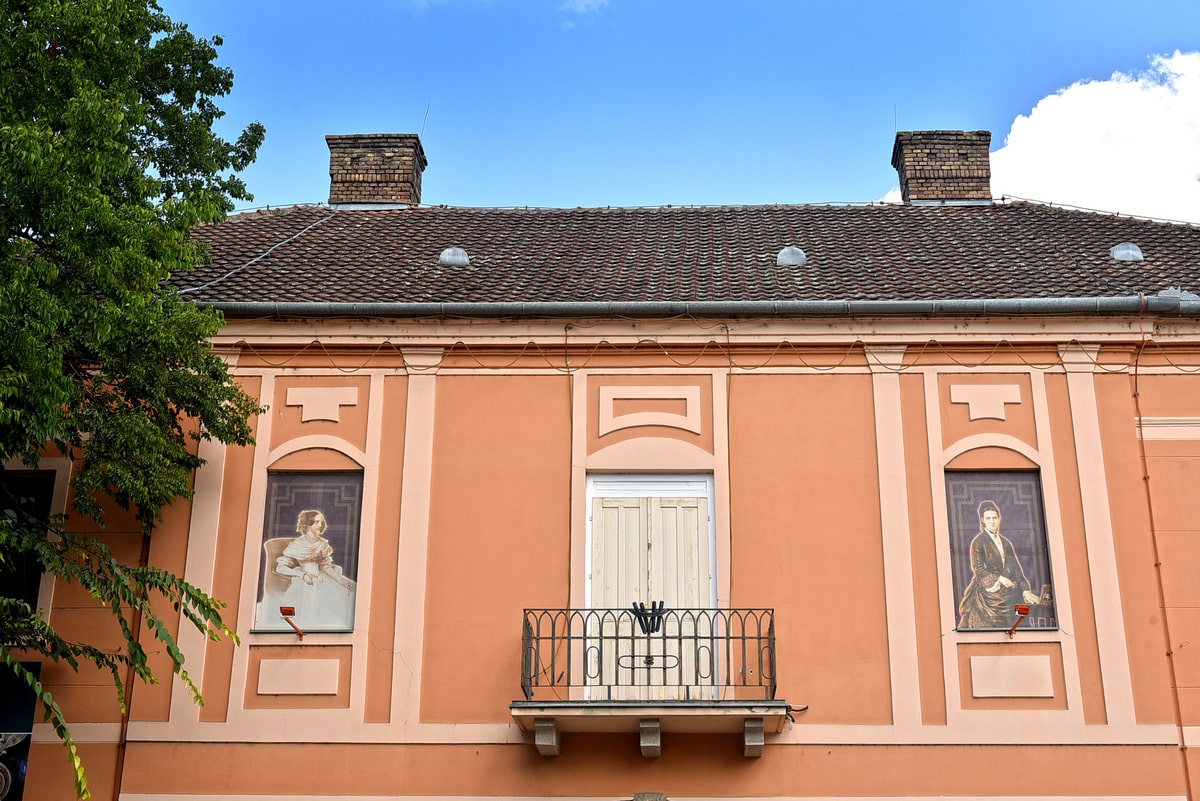 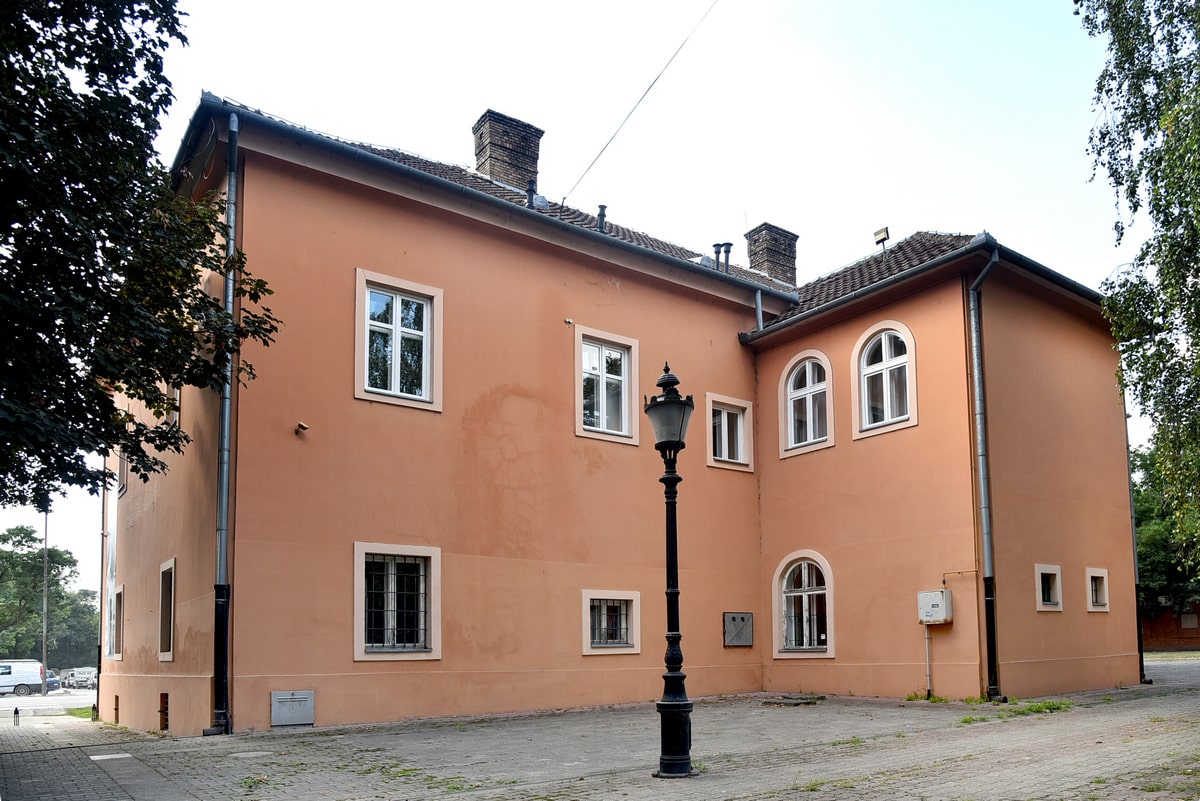 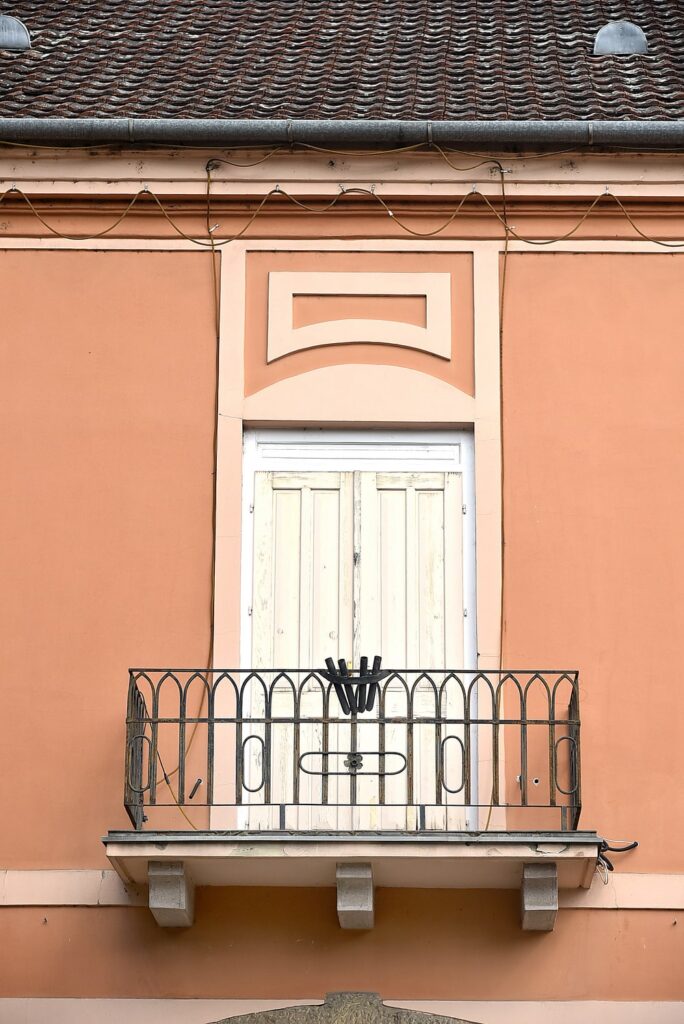 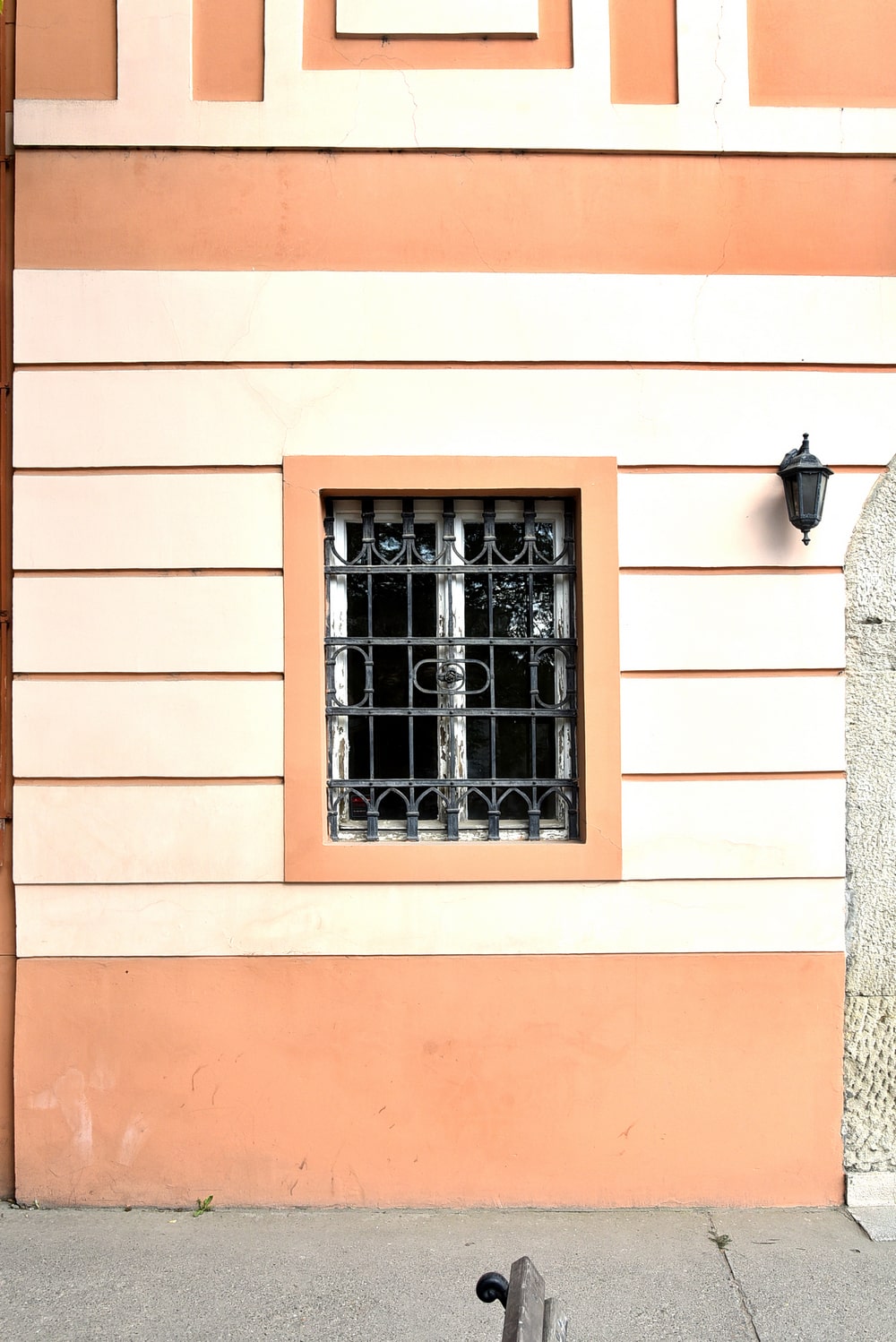 Architecturally speaking, the building testifies to the transition between Baroque and Neoclassicism, i.e. the zopf period, while some sources claim that it is a transition from Baroque to Rococo. Unlike the sumptuous baroque, the rococo emphasizes the privacy, and hence the calm privacy of this castle. The symmetry of the row of windows speaks of its deeply baroque nature.

Today, the castle houses a picture gallery and the city’s regional museum. The museum was opened in 2002 as a department of the Municipal Museum of Subotica. It presents collections of natural history, archeology, ethnography, as well as collections related to literature and art. The museum houses the library of the architect Imre Harkai and a room dedicated to the doctor János Hadzsy. The building was renovated and protected in 1993, and is in excellent condition, and since it is a museum, it is allowed to enter. It was restored again in 2002.

The people of Topola made an effort to crown this castle with eerie and mysterious stories. Namely, there is a legend about a curse that was put at the Kray family. Legends say the following: “After the death of the military leader Pál Kray in Pest, his son, also a military leader, Ferenc decided to leave the army so that the same fate would not befall him. He returned back to his mother, sister, wife and son in a warm home. However, the soldier’s blood did not allow him to leave his weapon, so he decided to go hunting. He sat in the carriage with his favorite hunting dog and set off. As he traveled to the hunting ground, he played with a dog that triggered the rifle with its paw, and the rifle fired. At the peak of a year since the death of Pál Kray, his son also died, under suspicious circumstances, since he was anexemplarymilitary leader, to whom such two mistakes should not have happened, to hold rifle with safety off and to turn it towards himself. Unlike his father and grandfather, Pál Kray Junior did not like weapons but horses, he was the best and youngest rider at that time. There was no such opponent who could overtake him onthe horse. In one race, his horse tripped and fell in front of the finish line in the last turn, not fortunately for his young owner and killed him. In just three years, a terrible curse has overtaken the three Pál Krays, and above all, their lineage has been extinguished. “It is not known for what reasons the curse was cast on Krays, but rich people of that time could easily incite a grudge in someone in lower positions for their deeds. History says that Janos Kray was the grandson of Pal Kray and that he fought on Hungarian side in the “Springtime of the Peoples”, against the Austrians, Romanians, Serbs and Croats, and that in 1849 he was captured by Romanian troops and taken to Timisoara, where he died. In any case, the male lineage was extinguished and the heiress was Marija Kray who married János Zichy, and from that moment the castle is mentioned as Zichy’s castle, which can be seen on old postcards.