Rastina was first mentioned as a village in the 14th century under the name Harasti, next to the Kígyós stream. It is not clear whether the Serbian name originated from Hungarian or vice versa. After the liberation from the Ottomans, Baron Redl received the property, and mostly Hungarians work on it, who are the majority in the now small village. Baron Redl built his castle in 1818 on the site of an old Gothic Catholic church. The family of Joseph Redl received this manor in 1780, and the Redls lived in Vienna, and during the summer they came to Rastina. In 1900, Lajos Redl, who owned the manor with his brother Bela, connected the castle with parts of the church and upgraded the castle. Because of that (the combination of the sacral and the secular) this is a unique example in Vojvodina. Now (after the Second World War), for unknown reasons, that church part of the castle was demolished, so the building has a simple rectangular floor plan and has lost its uniqueness. Today, only the Gothic arches on the side where the temple was, testify to the fact that the original building was an invaluable object from the Middle Ages.

As for the old look of the castle, the apse of the old church with groin vaults, capitals and stone arches extended to the roof cornice of the new building, which can be seen in the old photographs. Fitting the new into the old, the designer of the new building was guided by the forms of the Gothic style, as evidenced by the windows on the sides. The contribution to the interpretation that this was a temple is given by the published photograph from 1905, which shows the chapel incorporated into the new building, before the renovation.

Today, the castle is a two-storey building, to which a pronounced access staircase leads. The entrance door is recessed in relation to the wall mass and accentuated by shallow pilasters that are placed along the entire length of the façade and emphasize the central avant-corps. The roof masses are simple, four-sloped and contribute to the compactness of the building, and the attic cornice is protruding and multi-profiled. The front façade is symmetrically designed with four window axes. The yellow-ochre colour, typical for the period of neoclassicism, is striking.

The building of the Primary School (school branch) of the Primary School “Laza Kostić” from Gakovo and the preschool institution, kindergarten “Roda” are now located here. In its basement, many years ago, there are premises and locker rooms of the football club from Rastina, which was inhabited after 1918 by Thessaloniki volunteers from the Dinaric region. The castle serves as a public building and entry is allowed. Extensive restoration is currently underway. 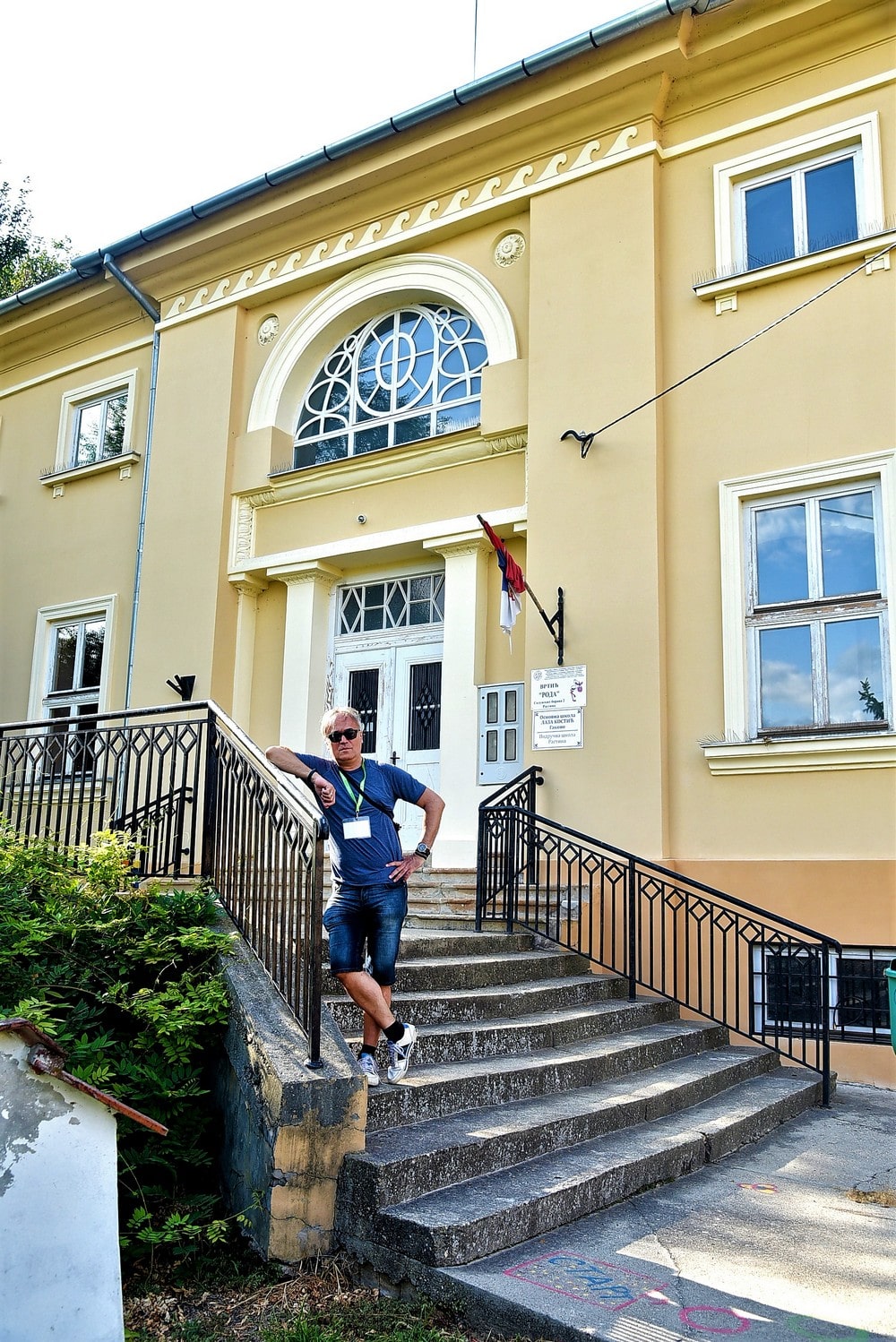 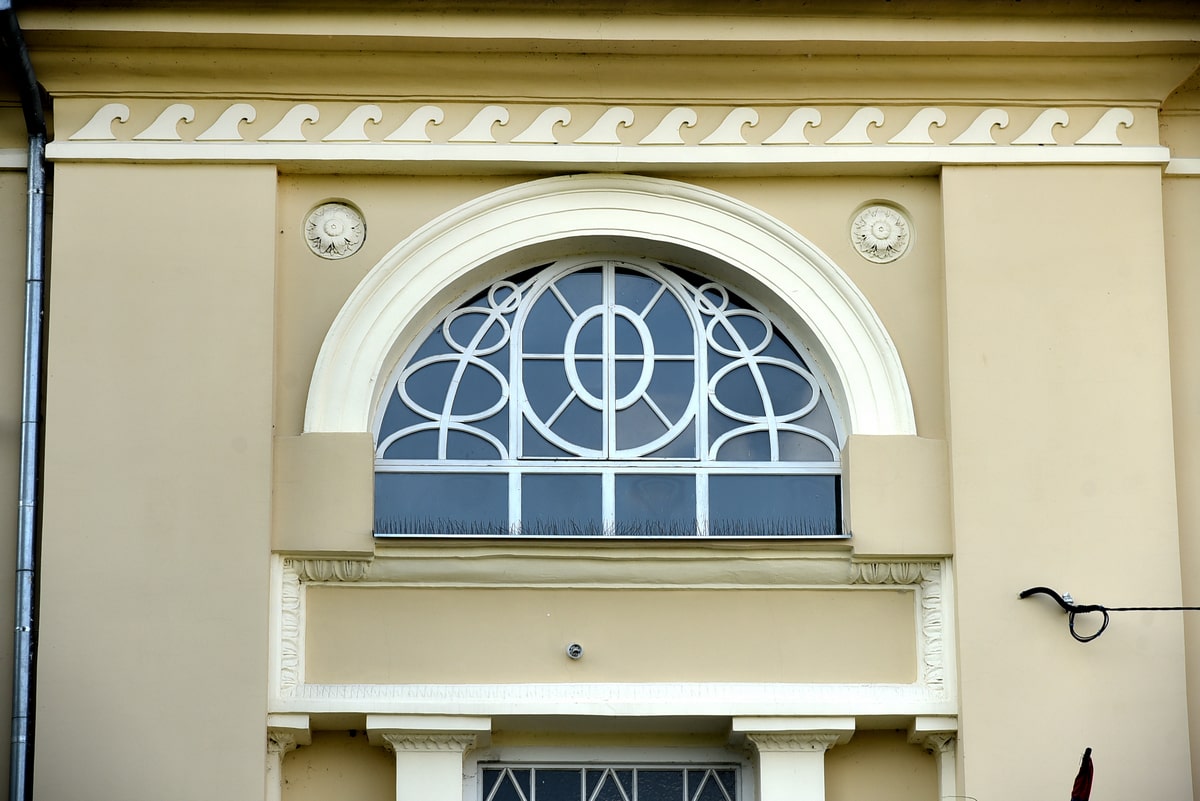 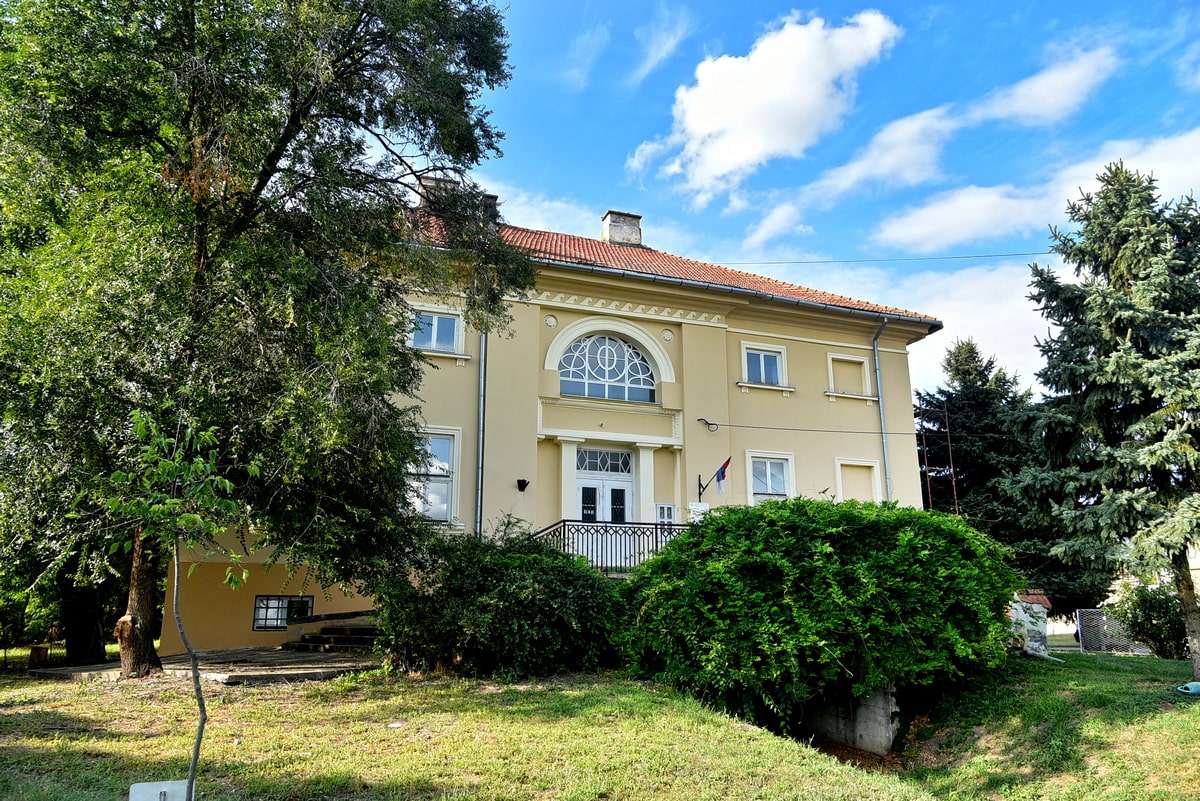