Although the younger generations mostly connect it with the agricultural school, the castle in Futog is one of the oldest buildings in Vojvodina of this type, and it is located on one of the most important and largest estates in Bačka. The nobles residence in Futog and the estate itself reach as far back as time of Čarnojević and the Migration of the Serbs – namely, it belonged to the Čarnojević family from 1744 until 1770, when it was bought for himself by another great man, András (Andreas, Andrej) Hadik, who was Austrian nobleman, field marshal and count. He was denationalized Slovak and was the president of the Hofkriegsrat (Aulic War Council) in Vienna, which at that time was a very high title, at the level of the most important ministers

It didn’t take much for Hadik to build a castle on the property he bought, and he did it as early as 1777, according to the project of Franciscus de Paolo Maneth, who was stationed in Petrovaradin at the time and built all sorts of buildings on the southern edge of the Austrian Empire, and was the perfect choice for building a castle. However, Hadik does not stay in possession of this castle for long, but sells it to another count’s family, and it is Czech to the core – it is the Chotek family, which gave such high shoots as Sofia Chotek, the Franz Ferdinand – heir to the throne’s wife, with whom the unfortunate prince was in a morganatic marriage.

Many interesting things are connected with the period of Chotek’s rule over the estate and the castle, and one is that Chotek’s niece, Princess Sophie and her husband, Archduke and Crown Prince Franz Ferdinand, stayed in this castle a few days before the Sarajevo assassination. In any case, the Choteks bought the castle and property in 1805 and held it until 1921 or 1922 (data vary), when the area was taken over by the newly established Kingdom of Serbs, Croats and Slovenes, and the new authorities introduced extensive agrarian reform and reduced property of Count Chotek. Then Rudolf III Chotek dies without heirs, and the castle becomes the property of his sisters, Henrietta and Gabriela, who are also impoverished, to sell the property immediately after Rudolf’s death. 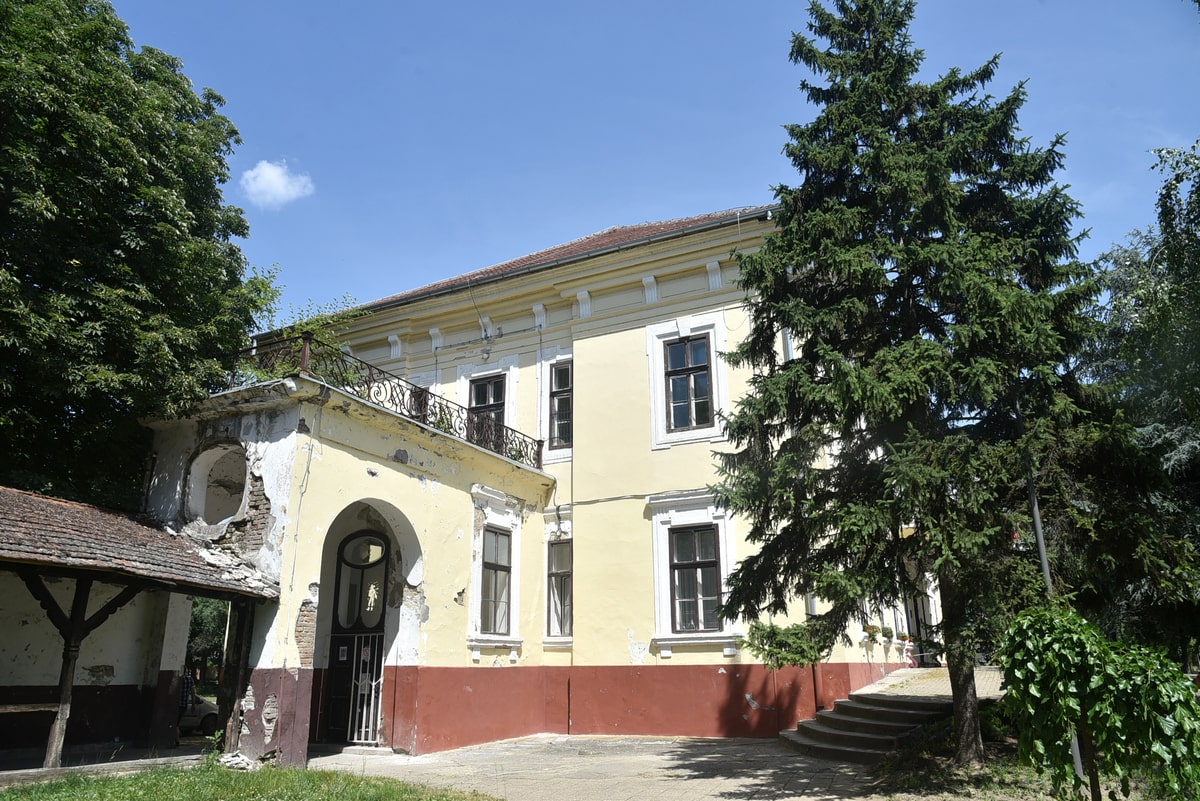 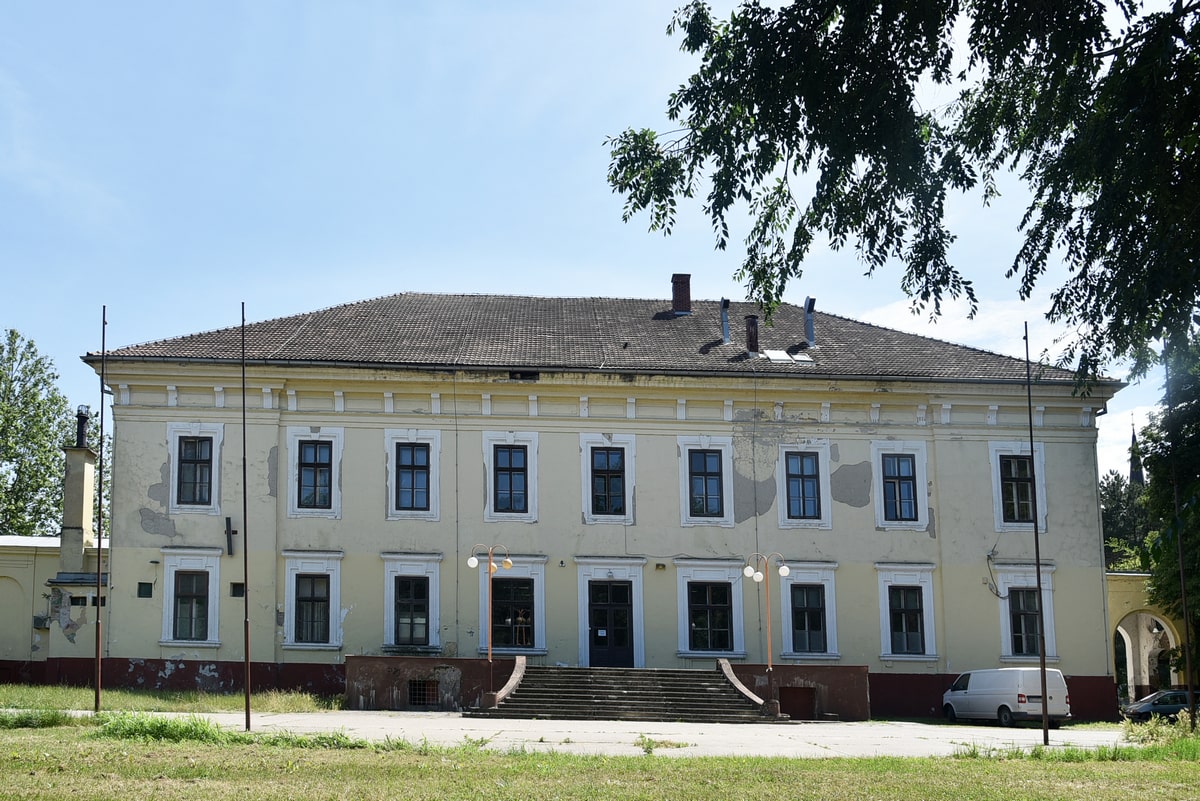 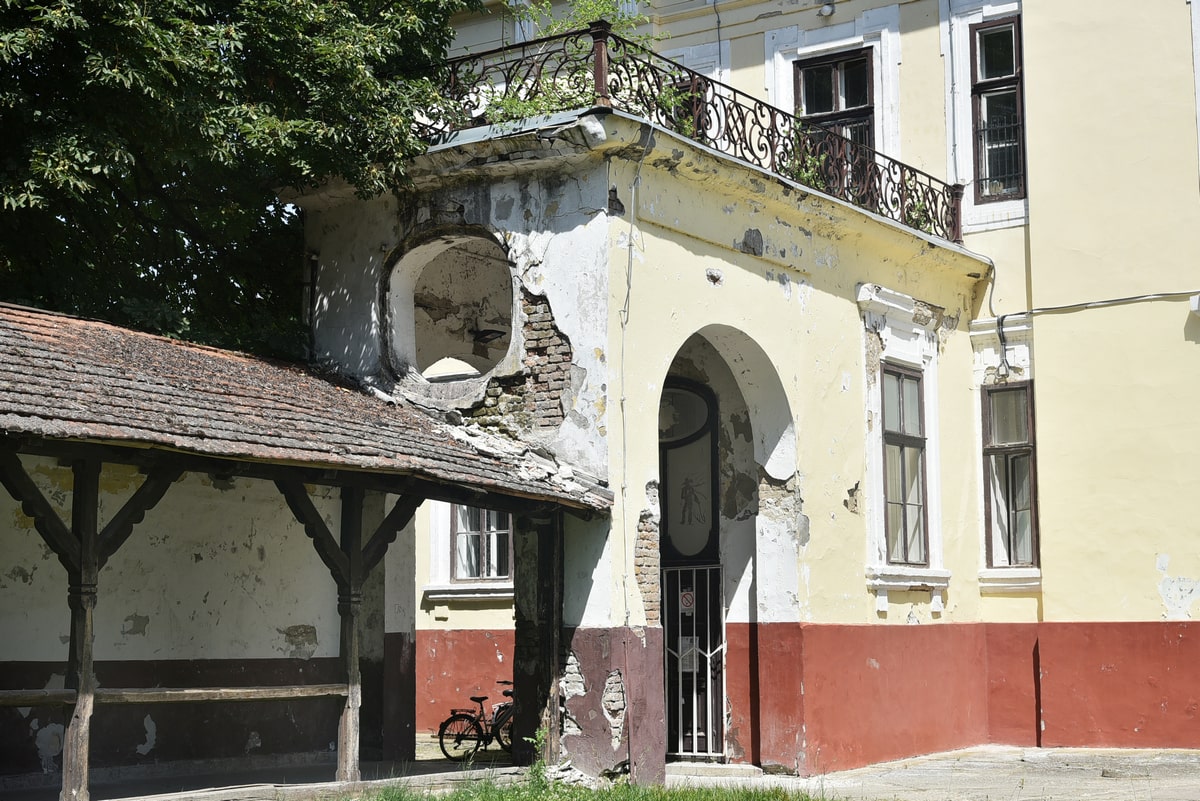 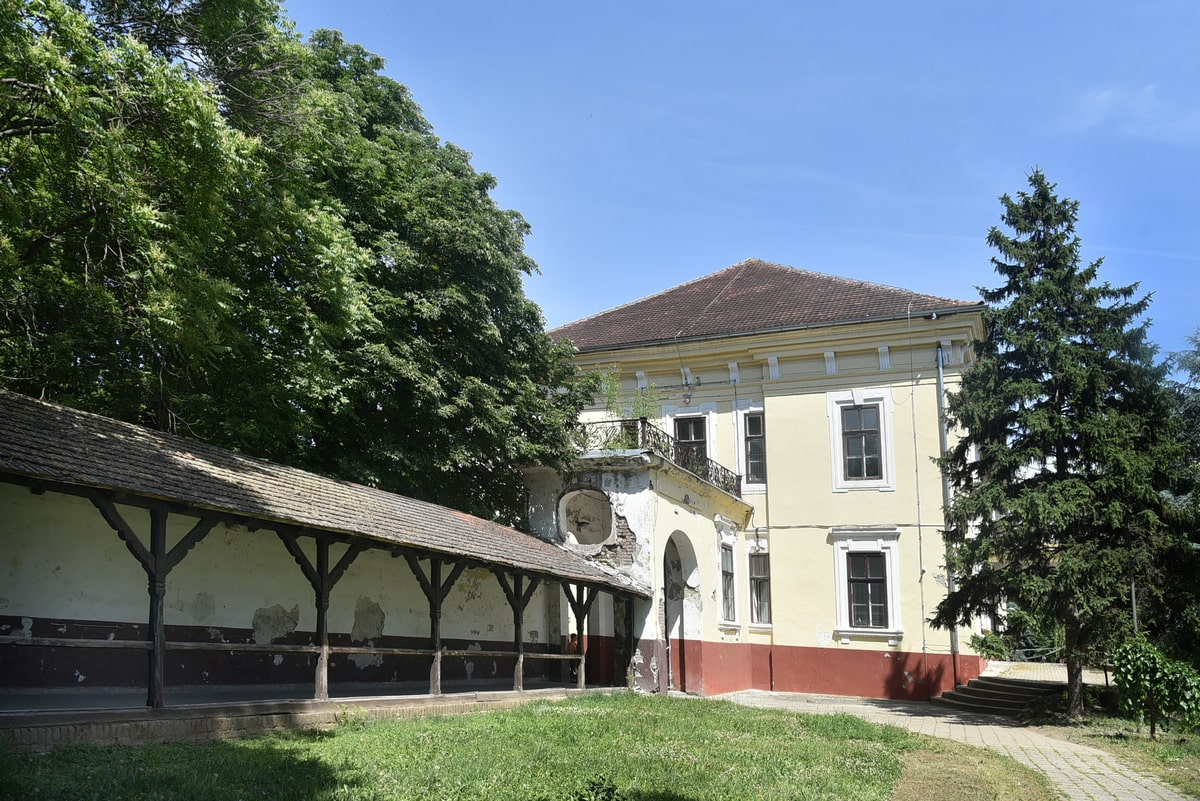 But, as if the castle was predestined to have only high nobility in it, the castle was bought by Count Franz Schönborn, who would hand it over to Count Aleksandar Pallavicini, who would be the owner during the Second World War. The line of counts who will keep the castle in Futog in their ownership was interrupted in 1944, when the village was liberated by the Red Army and the castle was turned into a hospital for the wounded from the Syrmian Front. It was nationalized after the war.

Count Chotek adapted the castle for his needs, and when the railway arrived in Futog in 1895, he expanded it and adapted it for himself. He loved hunting and imported deer from Slovakia and released them into the forests of Syrmia, so that they could breed and to hunt them later. He also released them in the Gornja and Donja Šuma in Futog. The castle and manor in Futog brought in so much income that Rudolf supported his second castle in Krompachy, Slovakia. He added barns, stables, ancillary buildings and other facilities on the castle property. As an avid hunter, he made an effort to have large estates in Syrmia and built a chapel dedicated to St. Hubert and St. Eustace, the protectors of hunters. In the castle itself there was a large collection of deer antlers, which stretched along the hallway. In the hunting room, he kept many trophies from hunting trips in Africa and the Far East, since he was also a world traveller.

Count Chotek married Marie, Countess Ráday De Ráda, who was a Hungarian rich woman. They had no children, so the count wanted to leave a mark by helping others, building the Rudolfinum orphanage (1893) and a hospital with a maternity hospital and nursing home Marianum (1894), all in Futog – and he also helped the Serbian Orthodox Church of the Holy physicians and the Catholic Church Sacred Heart of Jesus. It is interesting that after the October Revolution, he allowed a large number of Russian White Guardsmen families to move into his castle, giving them an entire auxiliary house.

In terms of architecture, the castle has not significantly changed its appearance over the years. It was built as a representative manor house in the Baroque style, but later upgrades were in the Classicist style. The main facade overlooks the main street in Futog, and has been set far back so that a garden can be formed. It has a rectangular compact base, and the front and rear facades should show its richness and dignity. The back facade overlooked the spacious park. The castle was a landmark in Futog, as it was the largest secular building in the village. As for the interior, minor changes have been made over the years, and they have also been made on the facades and decoration. The main façade is dominated by a large terrace supported by wrought iron pillars. The facades have an even rhythm of windows that is identical on both the ground floor and the first floor. The roof cornice is richly decorated, and the ochre colour dominates, which was characteristic for that time and this area of ​​the Habsburg monarchy. The roof is massive, hipped. Along the side facades are the ground floor annexes, the one on the right of which once served as a family chapel. On the left side, beside the western annex, there is a porch of carved wooden construction, with the function of a covered walkway.

It is presumed that the side annexes added with a greenhouse, originate from the 19th century when the Choteks took over the property. The interior is also there to show the dignity of the owner, and a luxurious staircase with a wrought iron fence is especially significant. Of particular importance is the salon upstairs. Not much is left of the original owners – just a few pictures that testify to their existence. It is interesting that there is a tunnel under the castle that connected the castle with the Church of the Sacred Heart of Jesus, so that the Choteks would not have to cross the road in public – they could secretly visit the Roman Catholic Church through the tunnel under the main road.

There are remains of a prison in the basement. The most important prisoner was German Field Marshal August von Mackensen, commander-in-chief of the combined Austro-Hungarian and German army in the attack on Serbia, which conquered Belgrade in 1915 and treated Serbs and their army and victims with chivalry.

The castle was declared a cultural monument in 2001, but it was devastated during all the years when it served as the Secondary Agricultural School “Dr Siniša Stanković”, which is still its purpose. Since it was originally built as a family residence, it is not a functional school building, so a new school construction is being planned, and the castle would become a museum of agriculture or something like it. There used to be a rich park around the castle, which was quite devastated over time and serves as a school yard, and several scholastic, auxiliary buildings were added to the yard.

There are several interesting stories connected with the castle. One is that Johann Strauss, the famous Austrian conductor, violinist and composer, and “king of waltzes”, was a guest of the Choteks on his journey through the southern parts of the Habsburg monarchy. It is said that in 1867 he composed his most famous waltz “By The Beautiful Blue Danube” in Chotek’s castle, having previously heard on Novi Sad’s Strand how this melody was whistled by Novi Sad’s “donaujägers”, people who gathered along the Danube to “hunt” for work (“jäger “means “hunter” in German). He also seems to have composed the operetta “Apple” here, which takes place in the then “Southern Hungary”, and Strauss emphasizes that it is in the “Serbian parts” in the libretto. The operetta describes the folk customs of the Serbs and two nobles under the names Mirko and Vasa Gradinac. 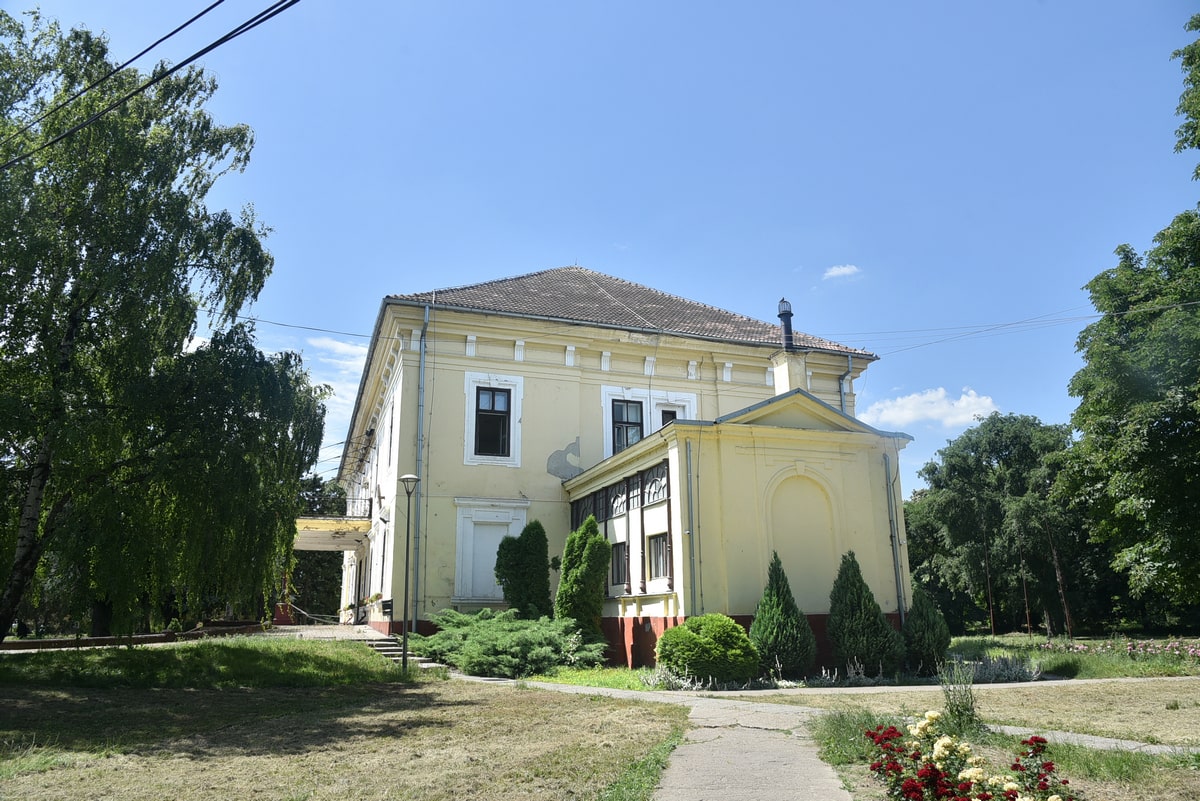 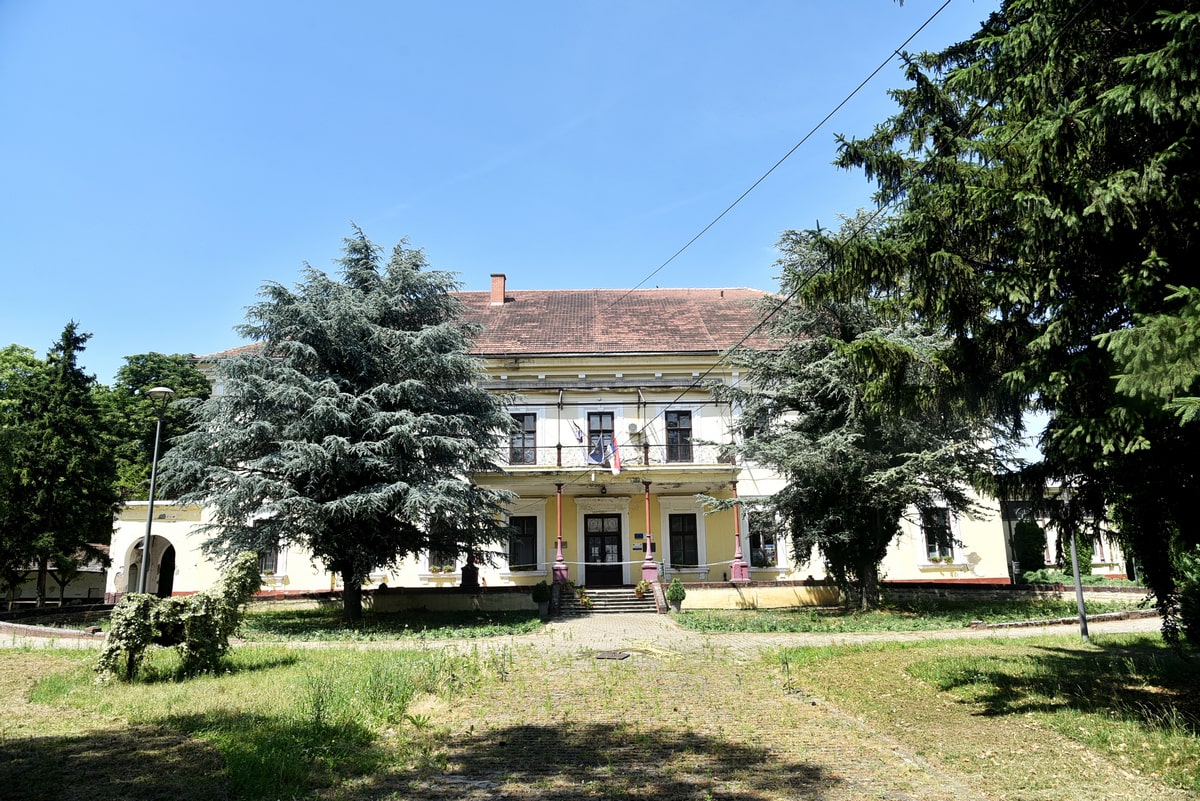 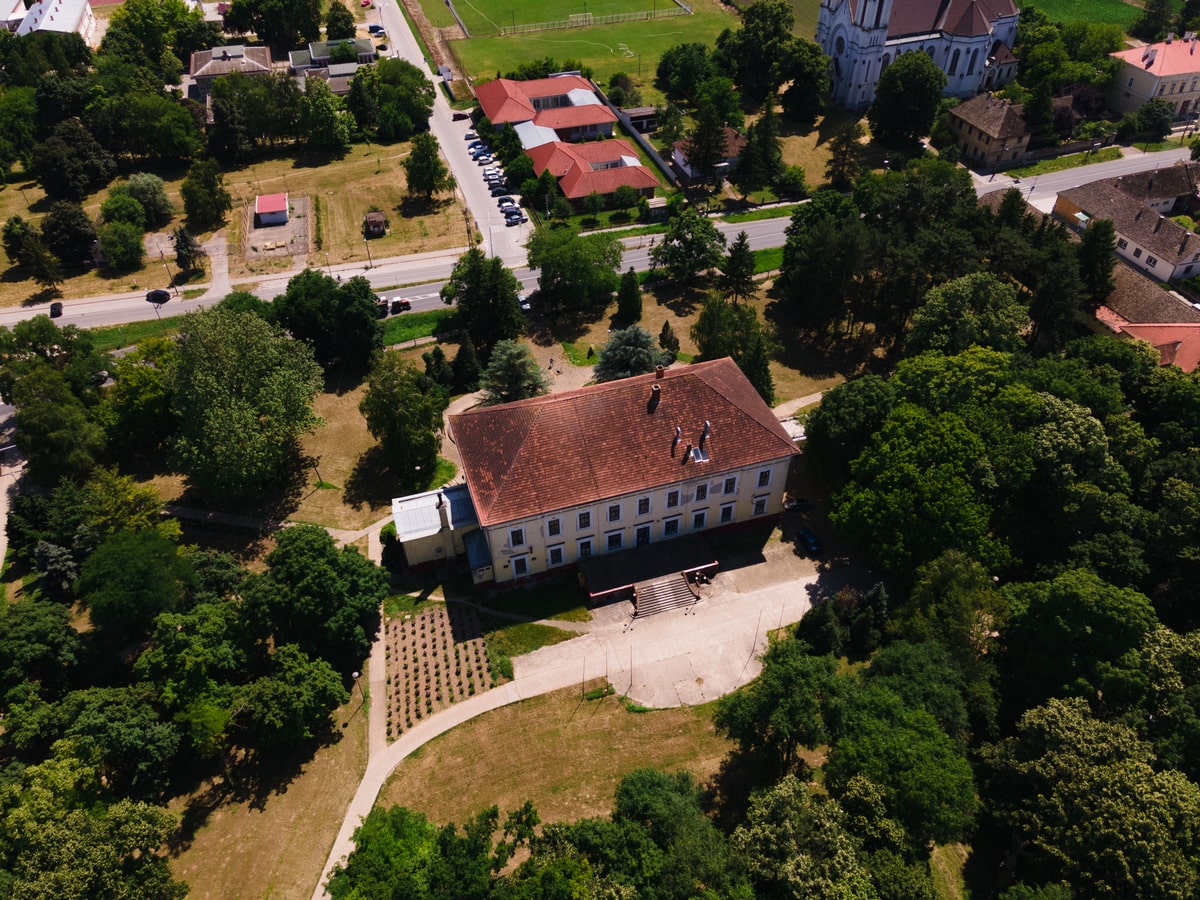 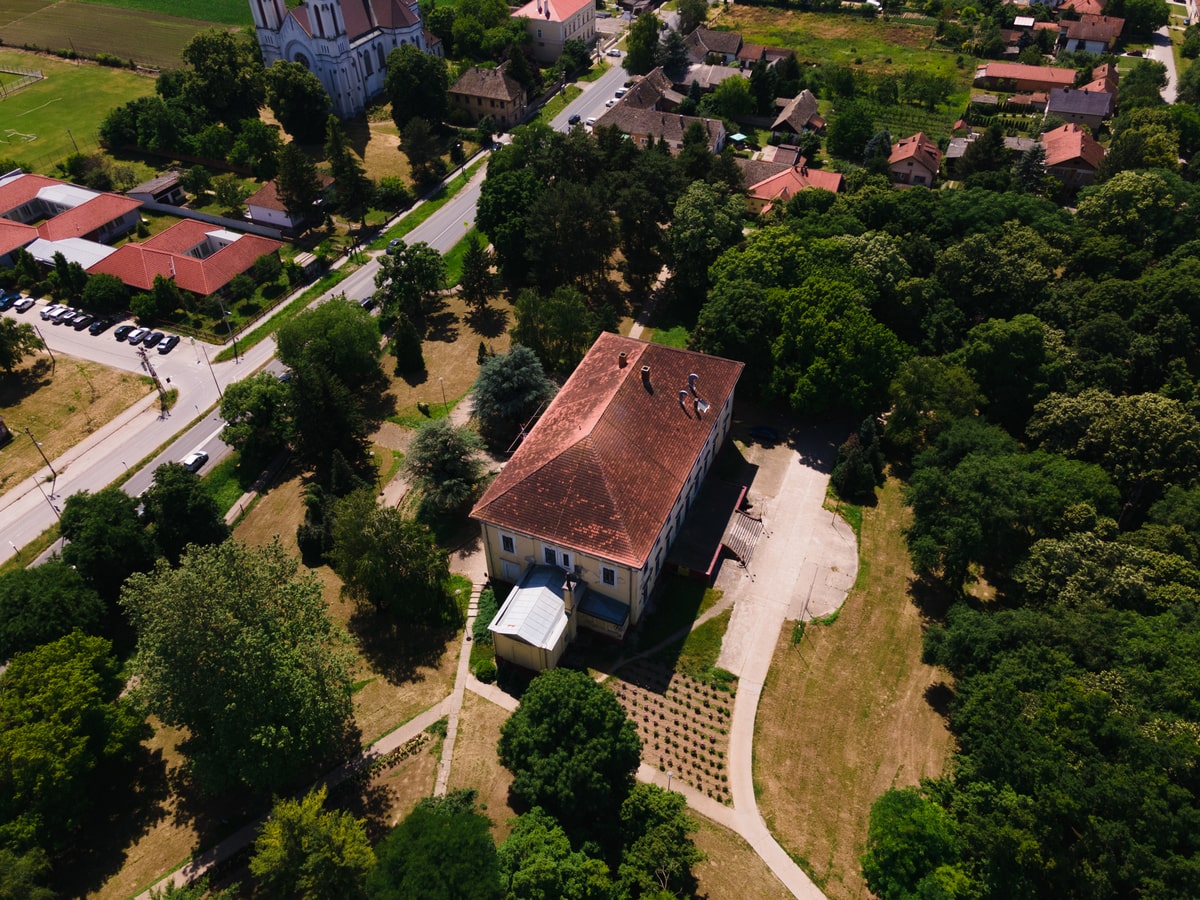 Also, another story is related to Count Hadik, and that is that during the Austro-Prussian War, he broke through the Prussian ring with his battalion of only 300 soldiers and marched to Berlin on a march of several hundred kilometres. When he entered the city, he asked for a large ransom so as not to burn it, finally to get it. As Count Hadik was Maria Theresa’s favourite, she asked him for a “souvenir from Berlin”, which the count remembered when he captured Berlin. Then he asked the Berlin masters to make him a hundred pairs of the finest gloves for the Empress. They did it in one night, and then Hadik withdrew from the city, which Prussian forces threatened to regain. He triumphantly came before the Empress, and handed his gift over to her. However, Maria Theresa could not wear any of the gloves, because the Berlin masters did mischief and deliberately made all the gloves for the right hand. The Empress was not angry with the Count, and he progressed further in his career, despite this obvious gaffe and the sweet revenge of the Berliners. 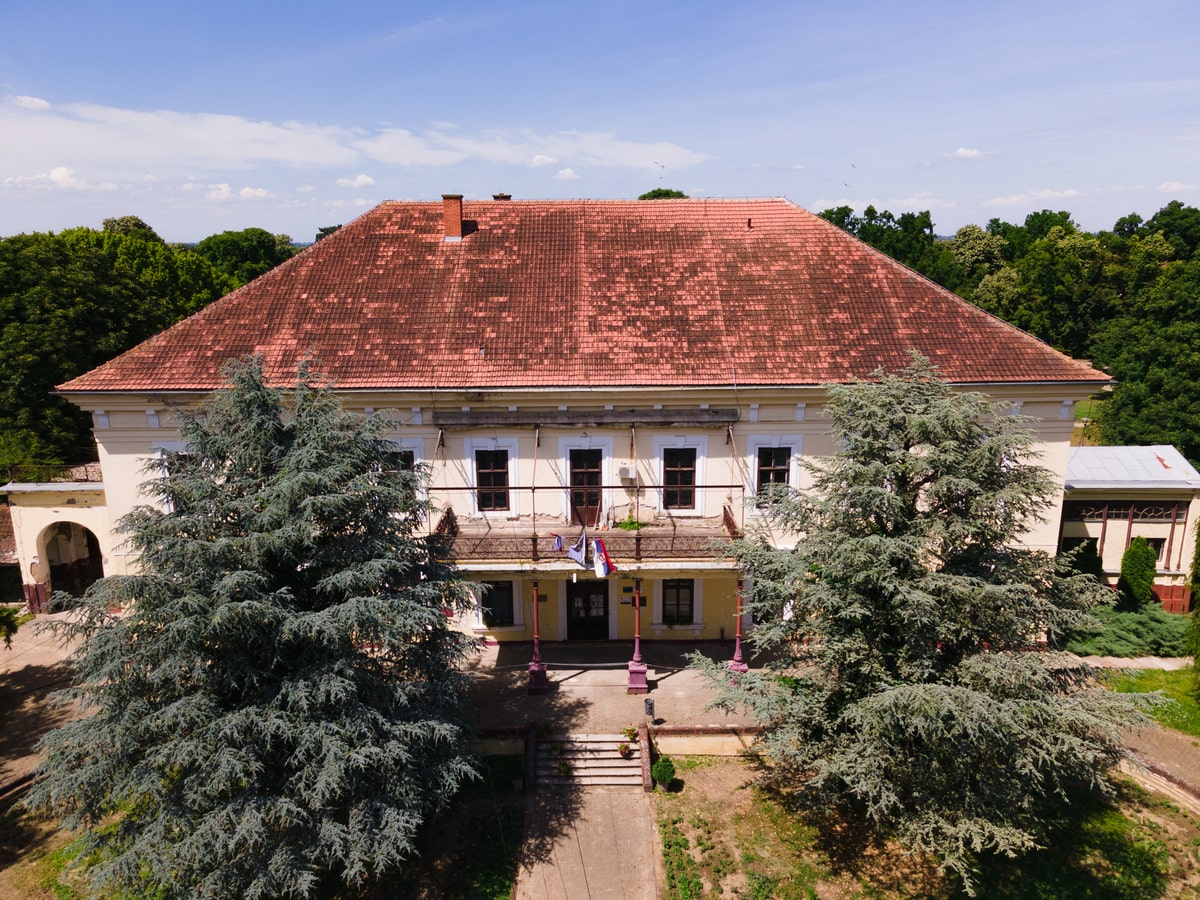