After going from Turkish to Bulgarian, and then from Bulgarian into Serbian hands, Niš spent some time destroying traces of its own Balkan heritage, in order to build a new, European history on the place of the destroyed centuries-old history. In part, Niš succeeded until the beginning of the Great War, but the real boom came only after it, when Serbia emerged victorious, and for the second time Bulgaria handed over the city to Serbia. Then began the architectural expansion of the city, which culminated in the thirties and the first two years of the fifth decade of the 20th century, before the third transfer of the city into the hands of Bulgaria. Then the civic elite of this part of the Balkans and Serbia developed, and rich merchants and industrialists flaunted themselves to show their newly acquired wealth. Unfortunately, most of that will be destroyed in the bombing, especially the last one, the Allied one, in 1944, when both Sofia and Leskovac were razed to the ground. A total of 57 bombings did not leave much of Niš.

However, as the local centre of the southeast of the Kingdom of Serbs, Croats and Slovenes, Niš had to have its own resorts in the immediate vicinity, so the construction euphoria flooded Niška Banja and Sokobanja. Niška Banja especially benefited, so between the Great War and the Second World War, when no one expected at the time, almost all the luxurious villas in Niška Banja were built. One of them is the summer house of the famous Niš wealthy man and pharmacist DragutinVeličković.

Villa Veličković in Niška Banja was built in 1935 for the pharmacist DragutinVeličković, with shapes and details unusual in the architecture of southeastern Serbia. It was constructed after the design by engineer Cvetko Anđelković; on the other hand, the inscription on the façade mentions engineer Đorđe Kovaljevski and it is assumed that as a state official Kovaljevski could not sign a private project under his own name and that he had to take cover behind a certified engineer like Anđelković. In any case, the author of the design managed to realize the building by modernizing historicist elements, in the spirit of the architect Dragiša Brašovan who built Villa Škarka at 13 Deligradska Street in Belgrade (1926-1927), which today serves as the Belarusian Embassy. In any case, whoever the architect was, relied mostly on Romanesque and Venetian or floral Gothic.

In the villa in Niška Banja, the facades are dominated by horizontal elements; elements of modernity, noticeable in the disposition of the masses, mix with the academic dimension of the overall structure. The main façade, on the street, on the ground floor is decorated with diamond tops and gifted with a central loggia divided into three parts by massive pillars bearing blind semi-circular arches; at the level of this loggia are a central double wing door and two side single wing doors; two windows are placed symmetrically on each side of the loggia. On the first floor, the facade is embellished with a balcony with four pillars supporting arches; on this floor there is also a rectangular relief decoration on the wall of balustrades and rosettes above the side windows.

The second floor appears as a kind of dome dominated by a small, very low dome; the decoration of this floor is based on a Gothic trifore (a window in three parts), surmounted by a frieze with Gothic arcades and a pyramidal roof at the ends; a large terrace surrounds the dome. The main entrance to the house, monumental in appearance, is on the side facade. The designer of the building tried to give all the facades a different look, so that the courtyard facade has a porch with a fence that supports the balcony. The interior of the house, which had 16 rooms (of which 11 bedrooms, on higher floors, which is not strange, since he had four children), is marked by a concern for modernity, designed for the living needs of the family and, simultaneously, for professional needs of owner, with business premises. On the ground floor there was a pharmacy, office, lounge, dining room, kitchen and hall. 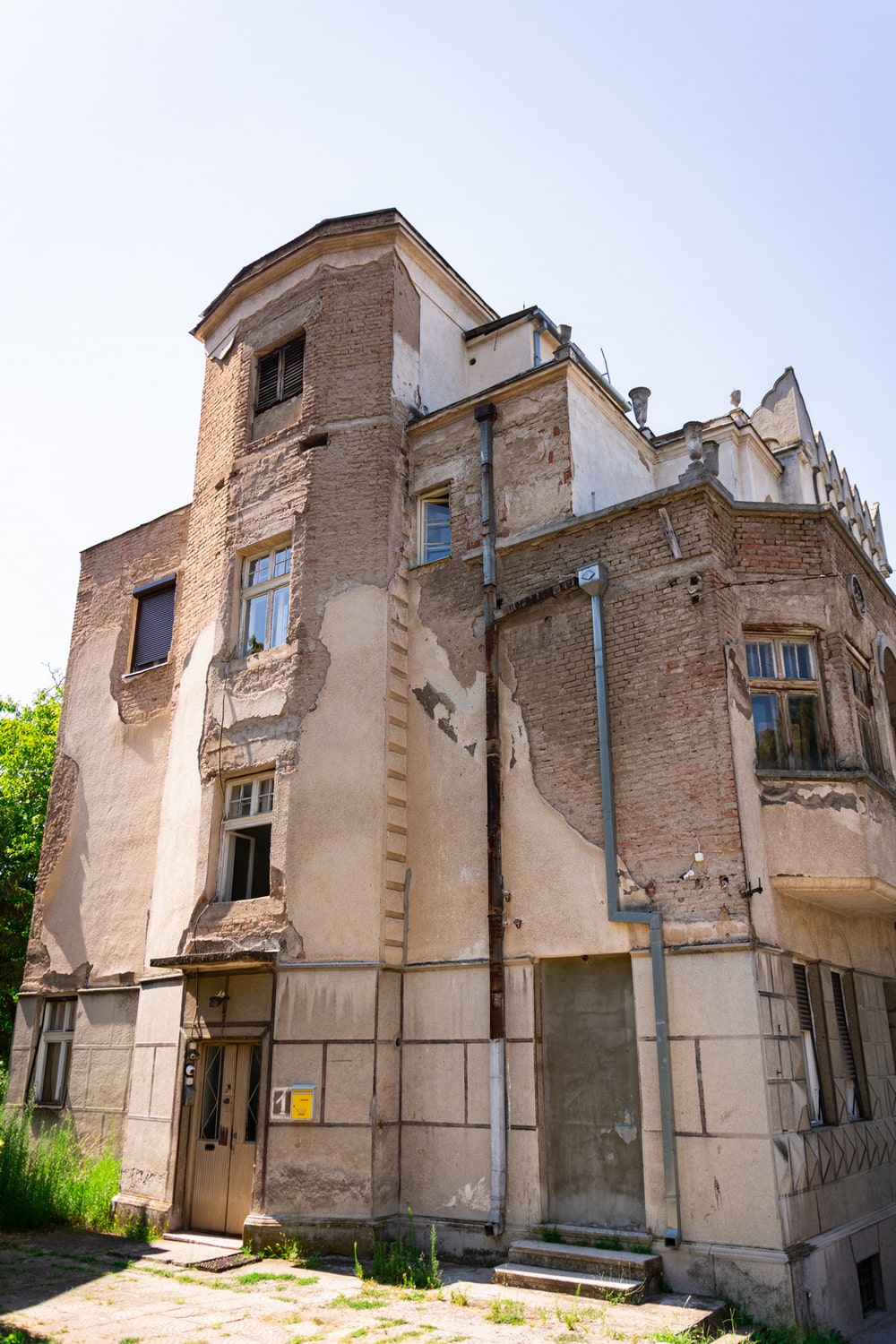 Construction costs have resulted in more modest furniture in total. It had to be saved on something. Historian Vladimir Jovanović points out for “Niške vesti”: “A special value is given to it by the solution of the spacious terrace on the second floor with characteristic Moorish elements – a battlement like on Moorish fortresses, as well as a dome. Pharmacist Veličković was not satisfied with the quality of the performed works, so due to particular works, he went intolawsuits against the construction contractor. According to the designer’s idea, the house was built so that it was tucked away in the plot and surrounded by a garden. Later, by cutting the streets, the garden was reduced, and the house is nextto the street. “

The facade is in a bad condition today, in some places it has completely fallen off. There are apartments in the building, and presently there is a shop on the ground floor.