The small Šumadija village of Gornja Crnuća near Gornji Milanovac can be considered the first capital of the Principality of Serbia at the time of Prince Miloš Obrenović, during a short period of time. Namely, there is the Residency of Prince Miloš, which served as Miloš’s residence for two years, and there the prince made the decision to raise the Second Serbian Uprising against the Ottomans. From this place, Miloš Obrenović ruled the country for two years.

When the First Serbian Uprising dwindled in 1813 after the withdrawal of Russian envoys from Serbia due to Napoleon’s attack on Russia, Prince Miloš decided to stay in the country, but left the village of Brusnica and sought a safe house to hide from Ottoman troops. After the monastery of Nikolje, a cave near the village of Šarani, and the mountain Kablar, he finally settled under the mountain Rudnik, in the village of Gorna Crnuća, which was far away from the roads and encircled by forest.

Miloš’s residence is a real architectural treasure of Šumadija, since it is a house that was typical for this area 200 years ago – an “Osatian” (“Osaćanka”) log cabin, erected on a mountain slope. The builder’s name remained unknown, and it is a two-part log cabin consisting of a “house”, i.e. fireplace, room with a masonry heater, a basement under the room and a doksat (covered terrace-porch) next to it. Classically arranged, in the yard there are Šumadija rural buildings that belong to the ancillary architecture, of course, all made of wood as the closest building material: vajat (Oriental word: hayat or hyatt, a wooden house without windows that serves as an external storage), loggia, smokehouse and barn (Chardak). The hipped steep pitched roof was made of wood, with a high chimney and large eaves, covered with wooden planks – typical shingles. One dormitory preserved the authentic atmosphere, a fireplace with some furniture and a built-in tiled stove. 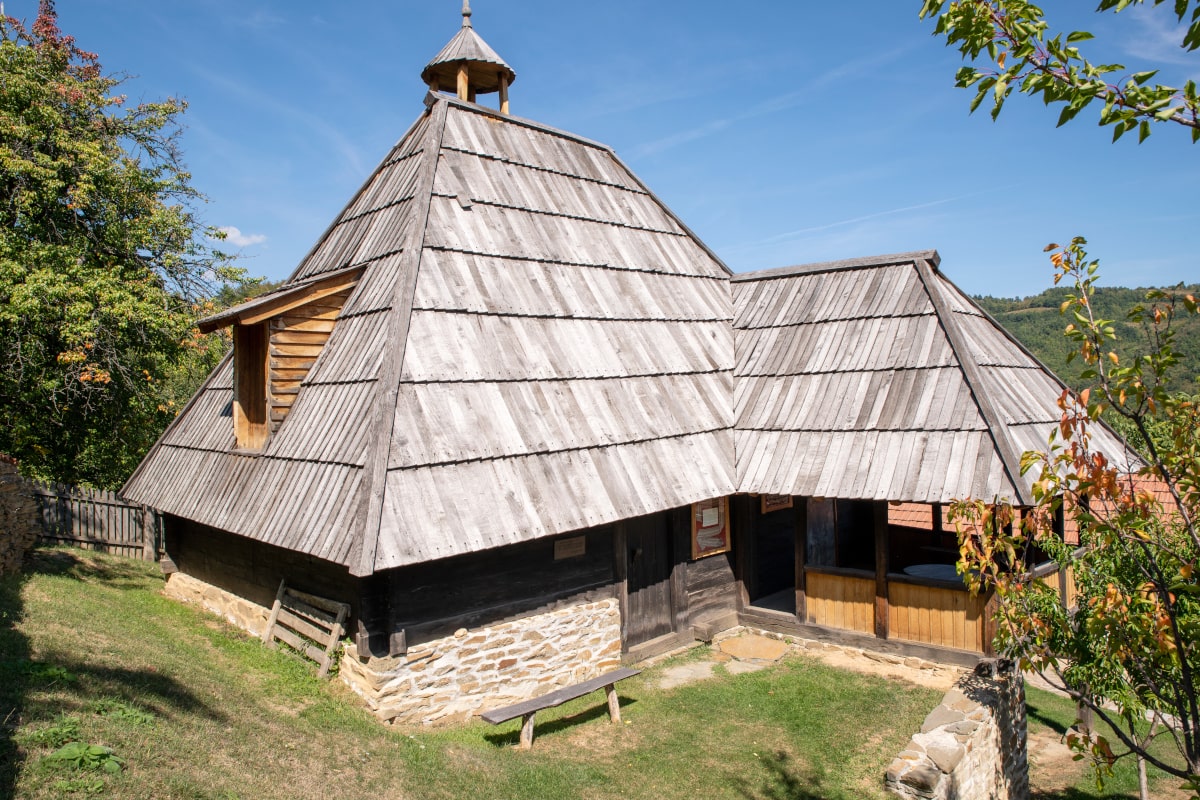 The Konak now houses a permanent exhibition entitled “Serbian House in the First Half of the 19th Century”; the reconstruction of the furniture consists of exhibits from the period of the Second Serbian Uprising – authentic objects used at that time. It is managed by the Museum of the Rudnik-Takovo Region in Gornji Milanovac. In part, it is possible to comprehend what life was like in houses like this, and it is also possible to see weapons from the time of the uprisings.

The house is in good condition, and the entrance to the museum is, of course, allowed.