The building, located at 39 Generala Milojka Lešjanina Street, on the corner of Kneginje Ljubice and Generala Milojka Lešjanina Streets, was built around 1905 for the needs of Niška Banka, founded in 1903, which was absorbed in 1922 by Građanska Banka in Belgrade. After 1925, the building was put up for sale and bought in 1929 by young merchants who made it the Young Merchants House in Niš. The premises were then used by the school, library and reading room. The premises of the building were used for a school, a bookstore and a reading room, the “Trades Assistant” club and the “Jedinstvo” cultural and artistic group. From 1939, the school part of the building was taken over by the Department of State Railways, and in 1940, the Fifth District of the Army moved into it. This very spacious building has a large dome and a balcony located in the corner of the complex. It is an example of academic architecture in the city in the first decade of the twentieth century. 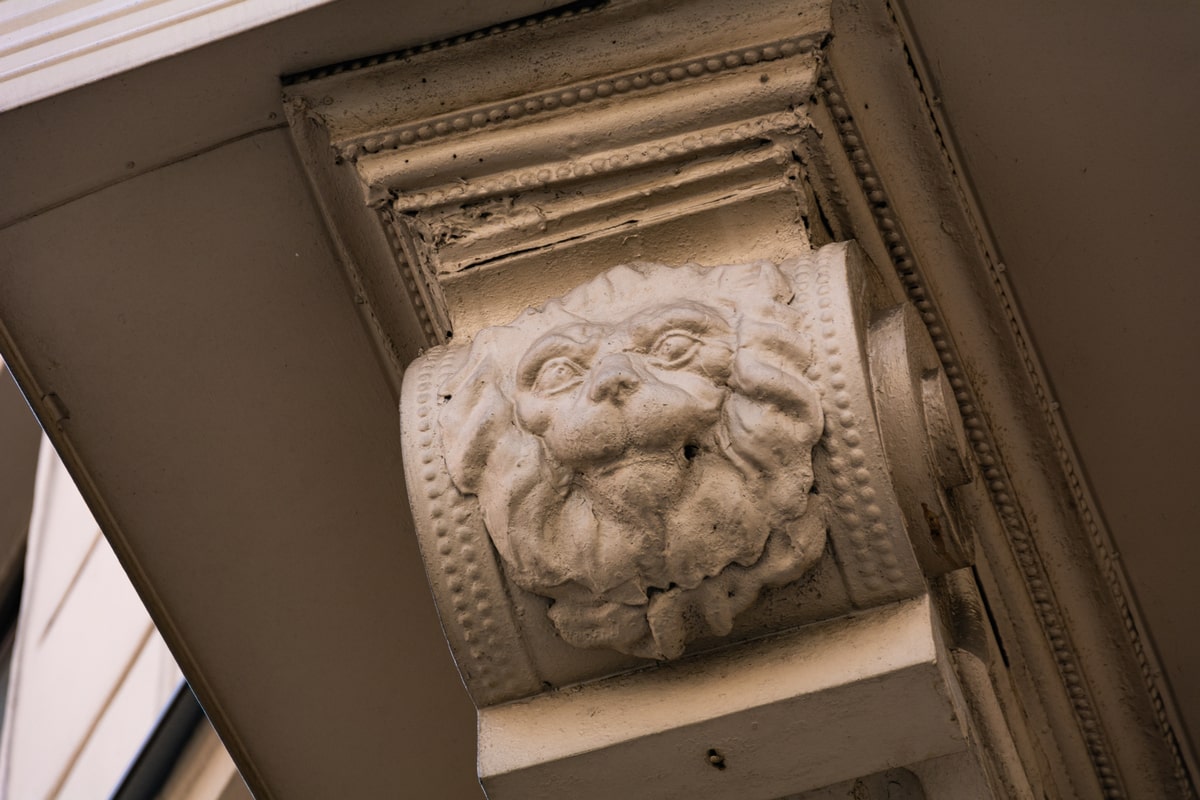 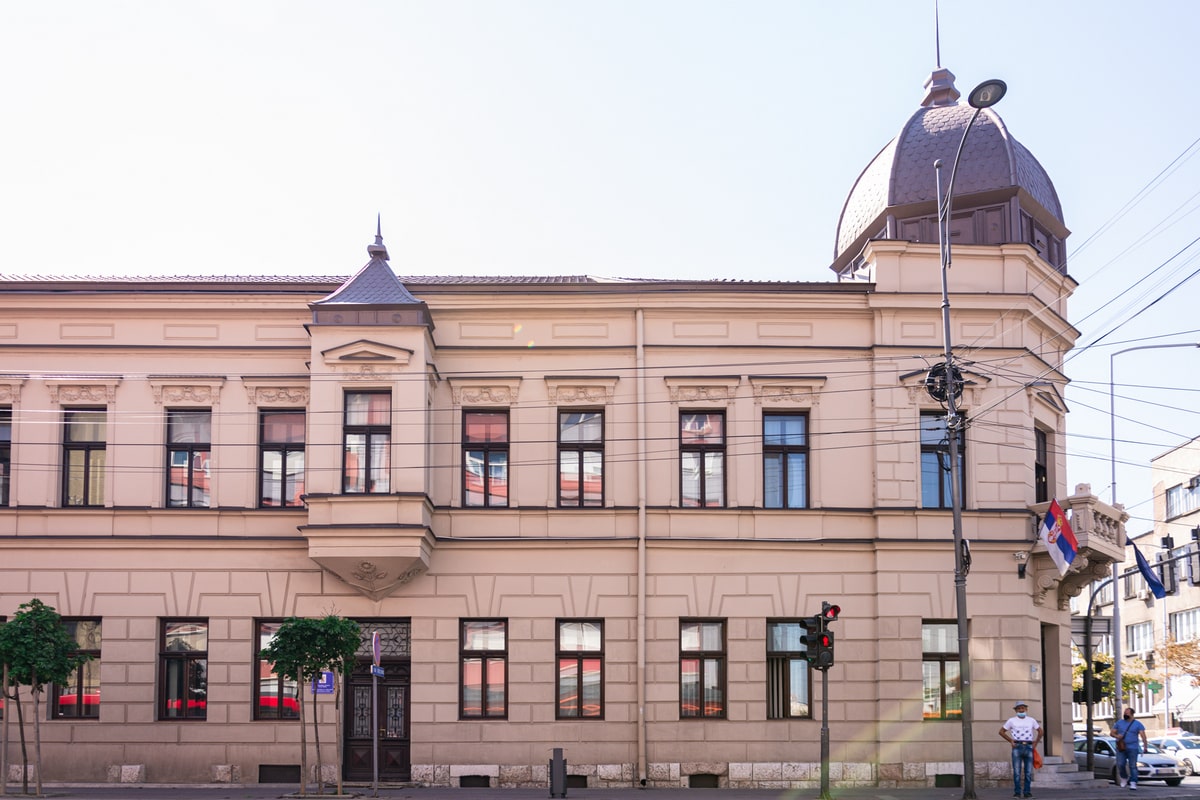 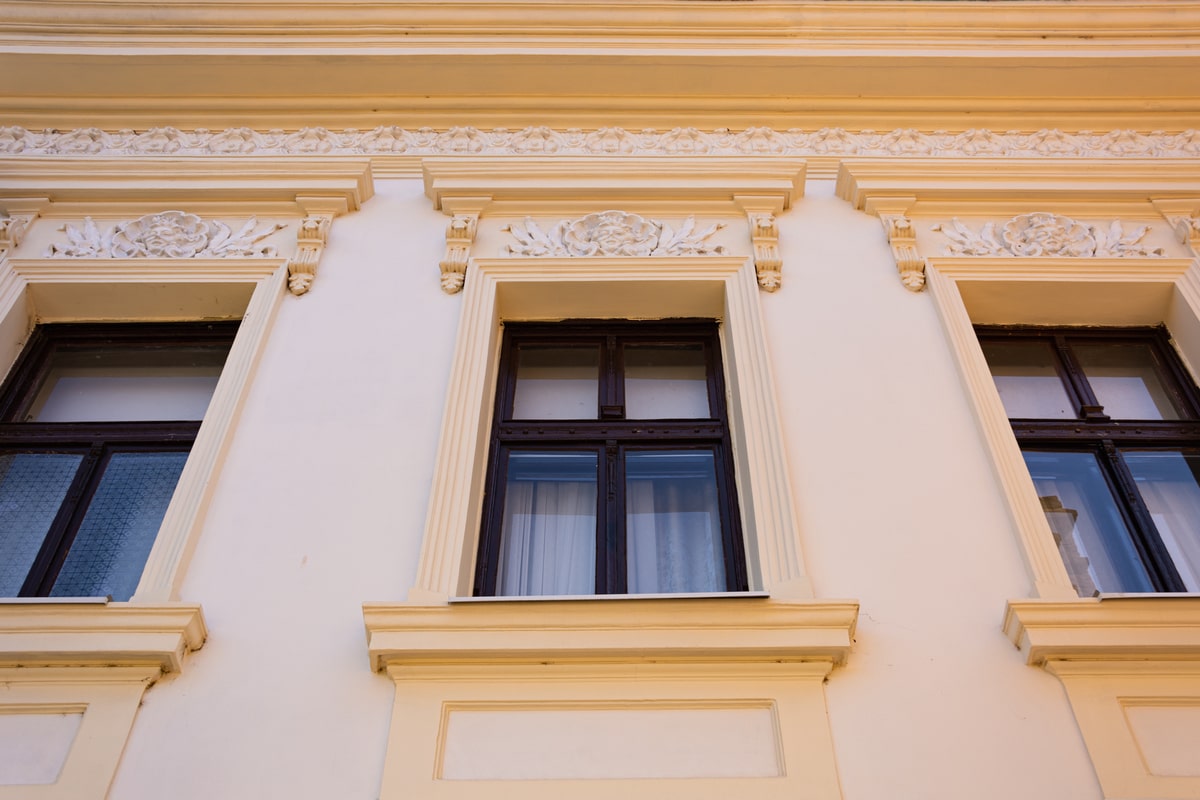 The building is known as: House of Niš Bank – House of Niš Merchant youth – Building of the Directorate of State Railways – Building of the Fifth Army District. The building is oriented in the east-west direction, with the main facade facing west and the courtyard to the east. It is close to the main square of Niš and within the boundaries of the central city core. The exact time of the building’s constructionis not known, nor the designer, but it can be concluded that it was before 1903, probably at the very transition from the 19th to the 20th century. We conclude about the time of construction of the building, among other things, on the basis of a photograph owned by the National Museum in Niš, and in the records it is kept as a photograph from 1903 and it was published in the Niš anthology, number 5, from 1978, on which in the foreground is Milojka Lešjanina Street and a new building in the spirit of strictly purified academism.

When it was built, the building had a rather different look from today’s (a different shape in the layout and a smaller area, with only the western tract, which today stretches along Kneginje Ljubice Street). It did not have a dome and side towers and had more modest contours. The original building was made as a two-storey building with a centrally placed passage to the inner courtyard, which physically completely divides the space on the ground floor into two separate units, while the entire space on the first floor is a single unit. The shape of the building was imposed by the layout of the streets that were still extending in the same directions and in the same size, and that is why the building follows the directions of the streets, with a short truncated part at the corner, intended for the entrance to the public part of the bank. It is unknown when the second phase of construction began, but based on data from the Niš Archives, it is concluded that the extensive upgrade of the building was carried out between 1910 and 1914 in the style characteristic of the early sezession, which was used in Niš in 1903. until 1914.

According to Ivana Cvetković opinion from the Niš Institute for the Protection of Cultural Monuments Niš: During this intervention, the architect made a perfect combination of the old and the new building in a very discreet way, so that it is impossible to see the difference when viewed from the streets. After the first intervention, the building got a symmetrical, more monumental shape, and the facades towards the streets got a completely new, more ornate look. The new street facade has more playful decorative elements compared to the original, made in the spirit of strict academicism.

The building is dark ochre in colour, which was fashionable in the construction of villas and palaces at the time, and the building itself is in satisfactory condition, although revitalization is needed.