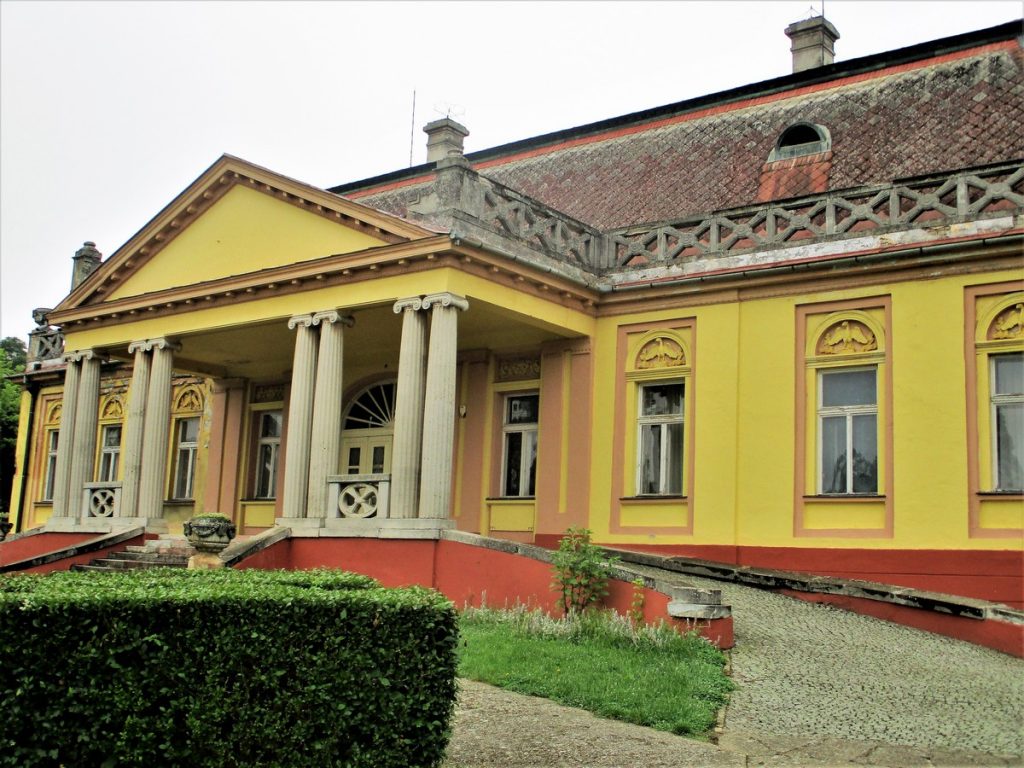 Both castles, of which the larger one is famous, were built for the Stratimirović family. Many important people came from this respectable family – Metropolitan Stevan Stratimirović (born in Kulpin), as well as the commander of the Serbian army of Vojvodina in the Revolution of 1848 and 1849, Đorđe Stratimirović. This family was one of the most important Serbian families in the monarchy. They were among the first to acquire nobility for military merits, as early as 1745 from Maria Theresa. They had a property in Kulpin, but they sold it to a certain Matej Semza from Kamjonika, who, despite his Italian surname, was Hungarian. In 1889, Matej sold the castles to Lazar Dunđerski. That is why one of the castles is now known by the name of this famous brewery.

It is interesting that the first small castle was built at the end of the 18th century, while the second was built in the middle of the 19th century. That other castle, according to some testimonies, was built by Theodore in 1826. The old castle, this smaller one, is a ground floor building with a symmetrical façade, on the façade of which there is a risalit ending in a triangular tympanum. It used to be a curial residence and was modest, but at that time it was modest in the newly liberated areas and for the rich. The windows and the entrance gate are decorated with bars and wrought iron details. It is planned that this space will be adapted for the exhibition about the Stratimirović family, which is responsible for the founding of the modern settlement Kulpin.

The large castle, which is a symbol of Kulpin, had the same appearance until 1912. When its roof burned down, a new one was made according to the designs of the architect Momčilo Tapavica. The building is approached by a large access ramp, which characterized all the castles built by Dunđerski – in a way it was his trademark. Then the lantern on the roof, from which the property was controlled, disappeared.

On the courtyard side there is a high ground floor with a semicircular terrace. The main façade is dominated by a classicist portico with a staircase, access ramps and four pairs of ionic pillars. The windows are decorated with half-rosettes with eagle figures. Above the roof cornice is an attic with ornamented rectangular fields and vases at the corners. On the courtyard side on the ground floor is a pentagonal entrance porch. Upstairs is a spacious terrace – a loggia with a five-sided base covered with a dome on fluted pillars.

From the spacious hall, which is the central communication room, a long corridor leads to all other rooms in the castle. Terrace and roof fences are made of cast concrete that imitates stone. On the removed burnt tower, there was not only a lookout, but also a large clock with a mechanism, an application of Stratimirović’s coat of arms and other decorative details. During the reconstruction, a decorative frieze with ornamented rectangular fields and vases on the corners was placed on the front part. All in all, it seems that Tapavica was inspired by gentlemanly simplicity and that he did the job very thoughtfully, not removing the original elements of the classicist style, but supplementing them with neoclassicism. Also, a bright combination of orange and yellow, with white pillars, is typical for the Great Castle. The rear terrace, which has no stairs to the park, is especially attractive and can be accessed from the central lounge.

The Dunđerski family kept the property until the law on nationalization in 1945, when their property was confiscated. As the castle became famous for the romance of Laza Kostić and Lenka Dunđerski, it is considered a place of pilgrimage for romantics, and there are busts of this couple in front of it.

The small castle has been turned into a local office and the offices of Kulpin citizens’ associations. The park around the castles and the buildings of the large castle are very well preserved, while the small castle is in poor condition. The large castle was turned into an agricultural museum, assigned to the Museum of Vojvodina in 2004. Both castles are cultural monuments of great importance, and investments are necessary to bring the castles into a representative condition. Unfortunately, the last extensive work on repairing the roof, arranging the facade and interior was done back in 2009.