The Small Castle Danijel situated in the village of Stari Lec, in Plandište municipality, was built by the members of Magyarized Armenian family of Danijel (it is probably from original surname Danijeljan) – they were landlords at the time. Located exactly at the centre of the village it was constructed by Count Pal Danijel in the second half of the 19th century.  The Count would later become Grand Župan (Ispán) in charge of Tamiš (Temes) county centred in the city of Temišvar (today: Timișoara). The castle was in the possession of Ema Danijel, the Count’s cousin. Single-storey building of square plan was constructed in Classicist tradition. The front facade is adorned with a portico entrance supported by four circular beams with the driveway leading up to it. On the opposite side of the castle there is a differently designed portico with centrally-positioned stairs and triangular tympanum which used to contain the coat of arms of Danijel family. At the junction of the four roof planes there is a roof terrace.

The castle is in a good state of repair. It is state-owned and not open to the public since it was turned into a mental hospital that is a residential mental health facility. It was declared a cultural property. 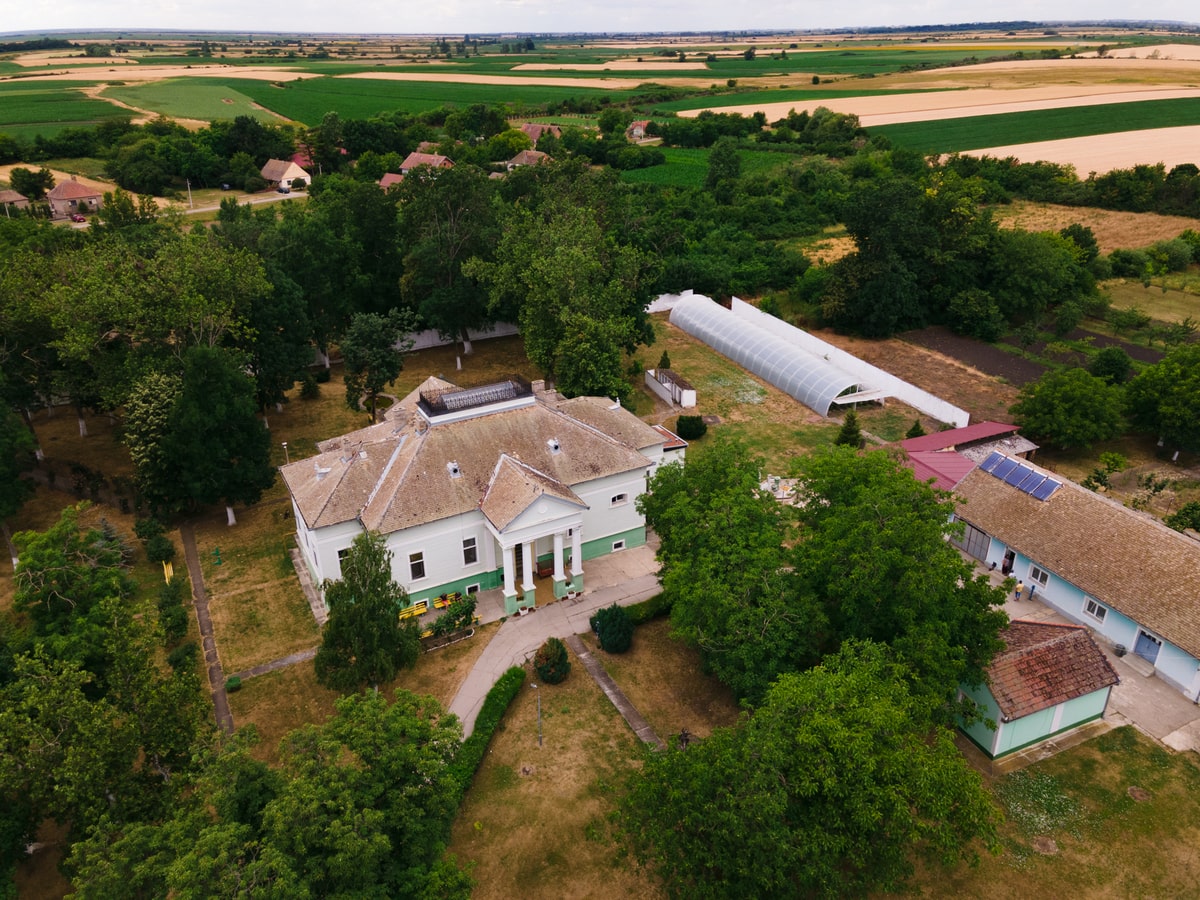