The family residence of Servijski-Schulpe is located in the town of Novi Kneževac, in the north of Banat, which was previously known as  Törökkanizsa (Turkish Kanjiža, unlike the Hungarian Kanjiža, which today is called only Kanjiža). It was built by Marko Servijski, an educated and respected citizen of Novi Sad, who bought Turkish Kanjiža in 1782 for 2,000 forints, on whose territory he built a castle. This castle is a cultural landmark of great importance.

The property on which the castle was built was bought by Servijski, a wealthy Tzintzar (Aromaninan) merchant from Novi Sad (despite his last name, which says that he is from “Servia”), 11 years before he had the castle built there, which happened in 1793. At the first auction of chamber goods, Servijski received, together with the purchase of Turkish Kanjiža, which was freshly liberated from the Turks, the title “de Servijski” and the nobiliary particle “of Turkish Kanjiža”. It is mentioned that the Servijskis used to have surnames Đuričko, Đurković and Đorđević,  depending on the source, and they became rich by the cloth trade. Marko Servijski was married to Katarina Duka, the daughter of the Tzintzar merchant Teodor Duka, and her dowry increased the already huge estate. His son Đorđe mostly lived in Novi Sad, and together they were patrons of schools and churches for both Serbian children and Catholics. 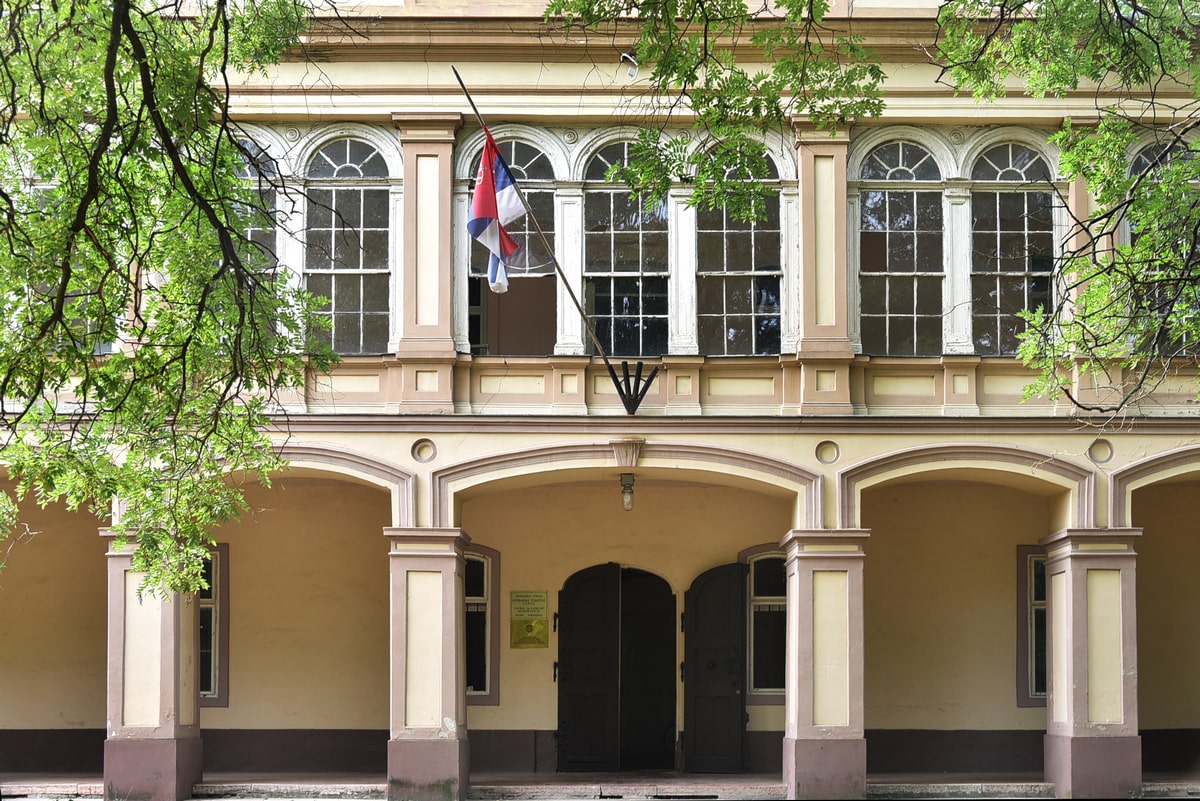 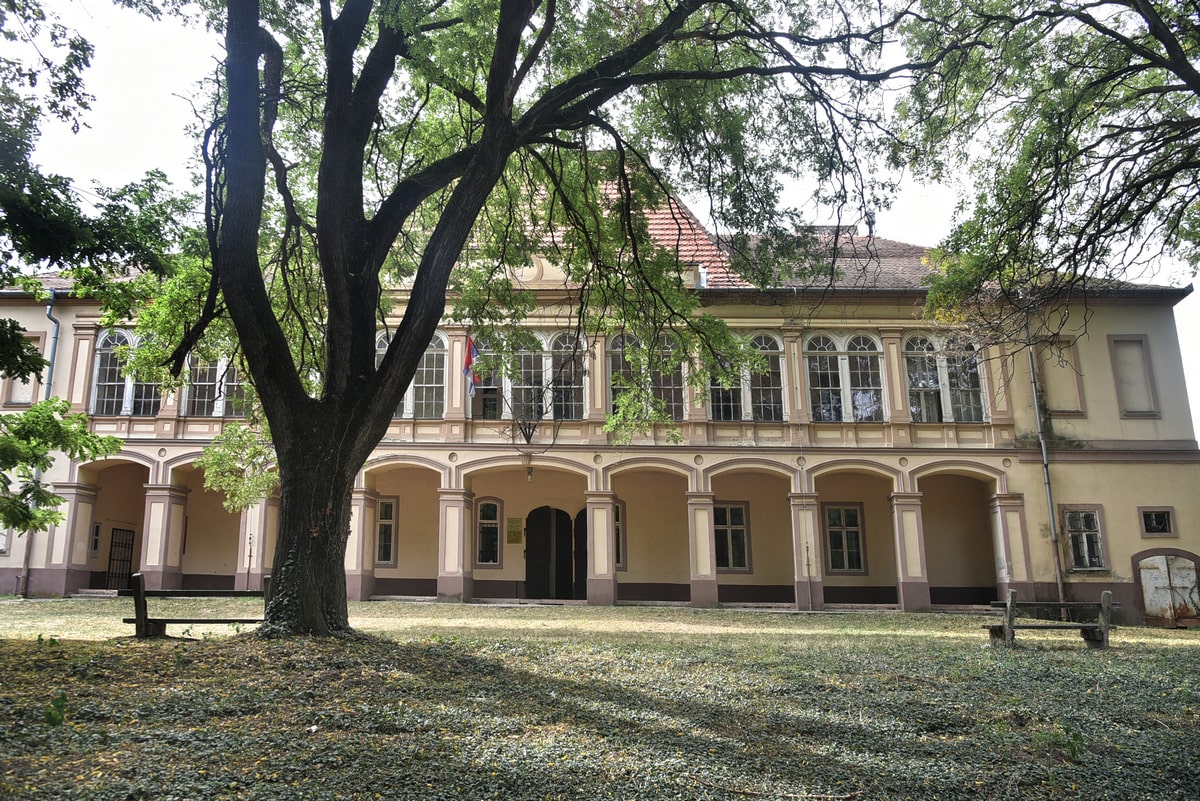 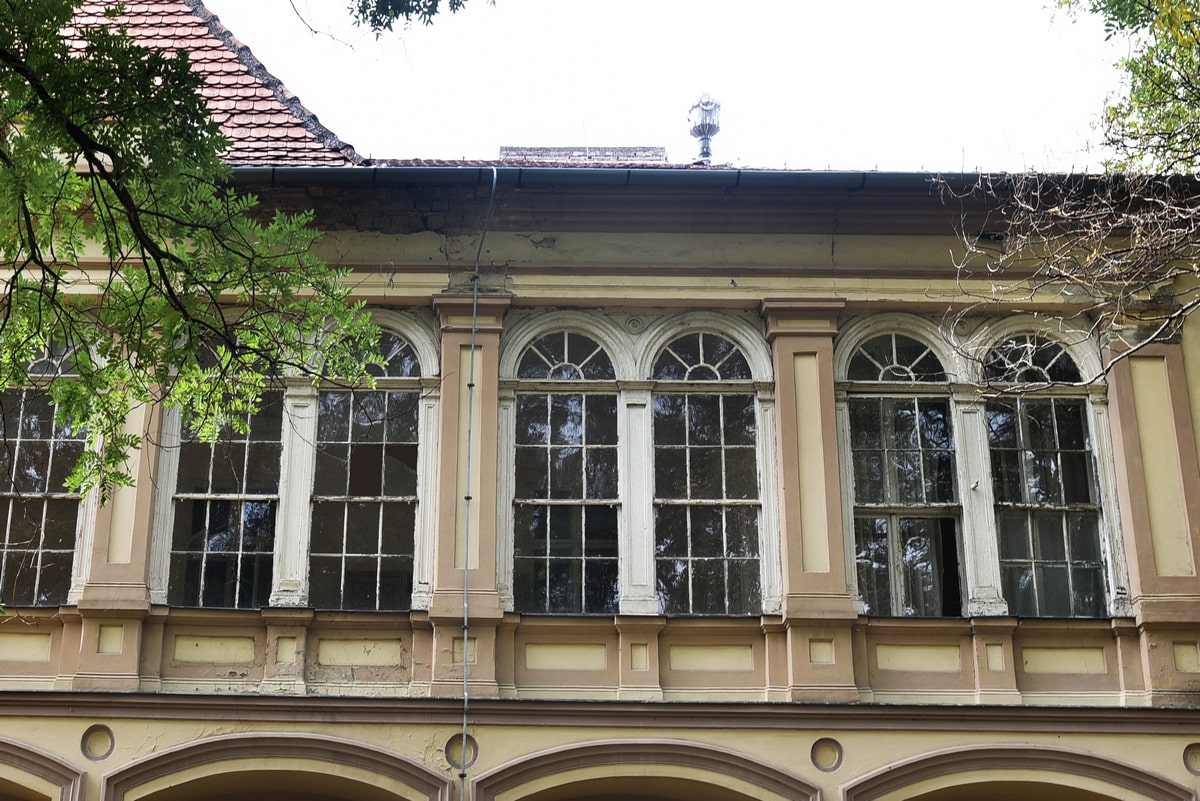 In a will from 1855, Đorđe, nicknamed “Serbian muse and patron” in his lifetime, bequeathed this property to his niece Katarina, who brought it as a dowry to the Schulpe family by marrying to Emil Schulpe. At that time, the castle had a rich library of 3,000 works, a significant collection of Meissen porcelain, silver and bronze objects, antique furniture, hunting portraits and antique firearms. The heiress of Katarina and Emil Schulpe was Wilhemina Schulpe, who by marrying Andor Talijan brought the castle as a dowry to the Talijan family, who owned two more castles in Kanjiža, Turkey. One building was built by Andor Talijan, and the other by Baron Fedor Feilić in 1856, and later Bela Talijan came into possession of both buildings.

All the movable property of the castle disappeared during the Second World War; the building now houses the court and administrative building of the municipality, as well as the cadastre office of Novi Kneževac. During the adaptation of the building for administrative services, the castle lost its authenticity. Servijski-Schulpe Castle is considered one of the oldest, largest and most luxurious in Vojvodina. It is characteristic of the late Baroque for its architectural style. The building, which has an elongated rectangular floor plan, consists of a ground floor and a first floor, but it looks monumental. The main façade has a central avant-corps with a hipped gambrel roof, a balcony on the first floor and an attic above the roof cornice which bears the coat of arms of the Servijski on the relief. The fence is made of wrought iron. Profiled plaster ornaments adorn the windows; all these decorations are characteristic for the late baroque with elements of neoclassical architecture that was coming, so we can say here that the building has elements of zopf architecture. The facade of the courtyard is designed symmetrically, with a large open portico on the ground floor and double casement windows on the first floor. Due to the many windows in the regular rhythm, the building looks airy.

Conservation work on the building was carried out in 1976. The building is in satisfactory condition, but it still needs restoration.