In the heart of Šumadija, without any explanation or announcement, the traveller encounters a large castle that is echoing abandoned and decaying. Except for the inscription “Karađorđe’s home”, nothing tells us what this magnificent building is and why it was created. And the castle called “Karađorđe’s home” in Rača was built to accommodate foundlings and orphans from the Danube Banate; newly established banate which included Vojvodina and Northern Serbia. The construction was made possible by donations from Queen Marija and rich citizens of Rača. It was designed by the architect Dušan Mičević, and it was being built from 1929 to 1933. With its diversity and beauty, it was once one of the most beautiful and representative buildings in the Kingdom of Yugoslavia. On the facade, it has a slightly different title: “Dom Karađorđa” (Home of Karađorđe), in the genitive.

The building is characterized by an eclectic style with elements of the Neo-Renaissance and sezession visible on the balconies, window frames and the main iron portal. Square in shape, the building has four corner towers 17 m high; this height reaches 19 m at the level of the central projection of the main facade. The entire building, including the towers, is crowned with crenelated walls reminiscent of medieval buildings. The ground floor had a kitchen, dining room, toilets, laundry room and maintenance workshop. Upstairs were bedrooms, classrooms and offices. Originally, the facade was painted in ochre; today it is painted in green, the paint falls off the facade and has already faded. To the right of the main gate in 1998, a bronze memorial plaque was placed to mark the anniversary of the breakthrough of the Salonica front in 1918. 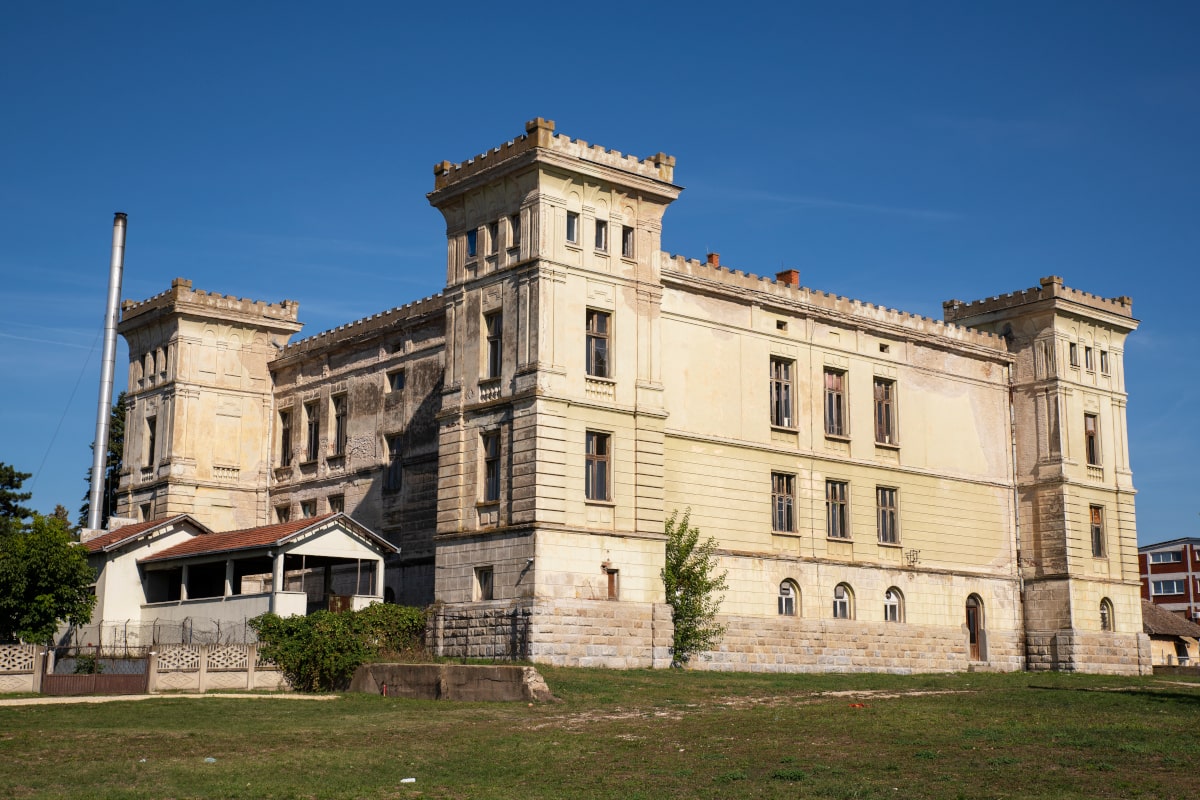 After the Second World War, it housed the “Karađorđe” Primary School, and since 1999 it has had the function of a collective centre for the accommodation of temporarily displaced persons from Kosovo and Metohija. Today it is abandoned and dilapidated. Many window panes are broken.

It is officially forbidden to enter the building, but some of the doors are broken, so it is practically possible to do so (in some parts of it), even though the building is locked.