High up in the hills, at the crossroads that leads on one side to the sports courts, and on the other toward a whole array of villas, there is, on a hill, Villa Ankica. This villa, which today, carelessly eroded, looks like a haunted collective residential building, was built by Dr Bato Petrović, and his intention was to build a sanatorium for the treatment of spa guests, as well as accommodation. For the location, he chose a plateau on a hill in what is today the central spa zone, directly across from Villa Cer.

As the position of the villa was prominent, it is considered that the villa with its architectural features has become a significant achievement of Banja Koviljača, so as such it is protected. As in the period between the two world wars in Serbia there was a conflict between two mutually opposing principles of architecture, namely academism, which persisted in the use of traditional construction techniques, and gained momentum with the arrival of White Guard Russian architects who continued their work here willing to continue the great series of Serbian buildings until 1914; and modernism, which brought new tendencies with the simplification of lines.

Experts’ opinions say that “academism is based on maintaining a constructive system of massive load-bearing walls, while modernism implies a formalistic application of shape elements in composing the form, where a cylindrical volume on the corner part of the street facade falls out of the primary regular cube.”

The cylindricality emphasizes the verticality of the narrow strip of the façade with the horizontal profile design of the plaster above the entrance on the façade towards the street, which dominates. The decorations are reduced, almost non-existent. The modern expression has found its application in simplified openings on the facade, but also in an interesting way to unite the private sphere (doctor’s apartment), business sphere (office and rooms for patients), as well as the service sphere (auxiliary rooms in the building).

After the Second World War, there was a nationalization, which turned the villa into a residential building with several apartments, and now its original value is unrecognizable, since it is in a very bad condition, and looks like any dilapidated Soviet residential building from Stalin’s time. The building is in a very bad condition, the facade has fallen off almost everywhere, and there also has been an unauthorized change of material: on the first floor, the wooden carpentry has been replaced with aluminium without the consent of the protection service.

The facility is not open to visitors, as it is a private residential building. It is possible to enter only the hallway and stairway. 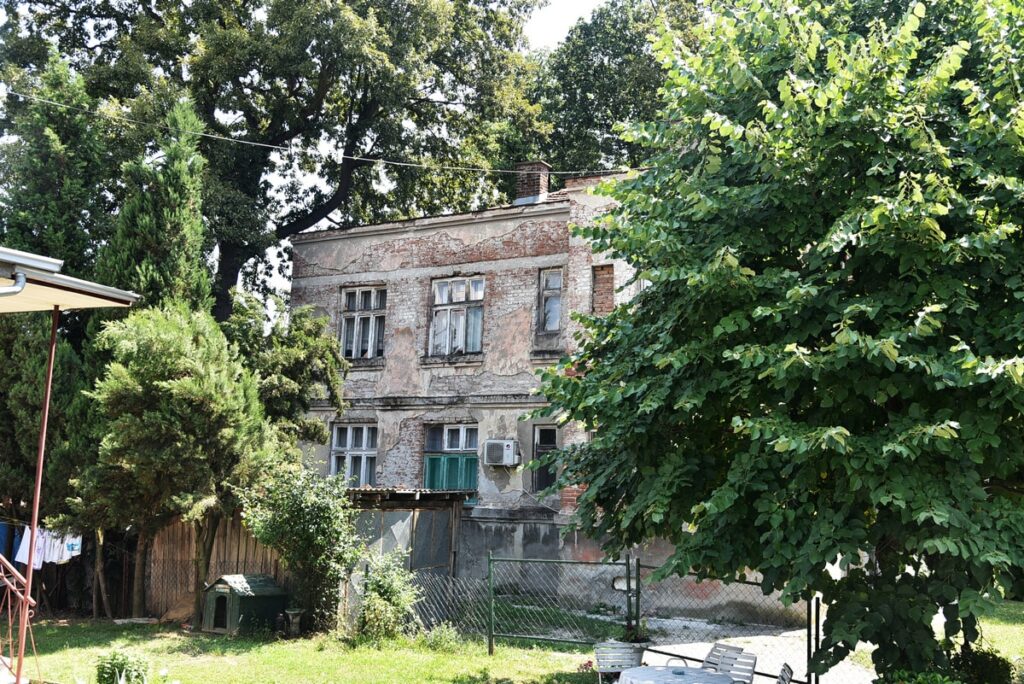