With the exception of Kur Salon, dominating the central Spa Park, the most representative and luxurious villa of Banja Koviljača, and at the same time in the worst condition, is Villa Draga, which is located near the Orthodox Church, as well as Villa Zdravlje. It had eminent guests, since King Peter I Karađorđevic himself often came to visit and stayed at his friend, the merchant Marjan Katic, whose villa it was then. Today, it experienced a sad fate, like Spitzer’s castle. It is on the verge of collapse.

Namely, the merchant Marjan Katic, originally from Loznica, saved King Peter I while he was still an insurgent against the Turks in Herzegovina, at the time of Obrenovics, during the Herzegovinian uprising. At that time, Peter Karađorđevic, still only an aspirant to the throne, hid from Obrenovic‘s secret service under the name Petar Mrkonjic. Then Marjan and Petar became inseparable friends, and many years later, in 1904, when Petar became Peter I, he did not forget that friendship and continued to hang out with Marjan, who had enough money to afford a villa.

Immediately after ascending the throne, Peter I began the construction of the royal spa, and many rich people followed him, as was the custom at the time, and built villas for themselves where the king did. Among them was the king’s friend Katic. Marjan also built the most beautiful villa, which he called “Draga”, just above the park and the church, and below the hill and forest that hides Koviljka’s town. The villa was the largest and one of the most modern at that time, so Peter I came here to be his friend’s guest.

One of the first telephones in Serbia was installed in the villa “Draga”, in 1910, or as they called it, “electric caller”. And not only Peter I stayed here, but also the entire elite of the Kingdom of Serbia. Also, the villa was the first to have a “WC” or “water closet” with running water. Also, the owner had the first car in the area, in which he drove his guests and took themon a tour of Podrinje and Macva. This is evidenced by advertisements and texts in newspapers from 1911, which present this unique building to guests. It is important to say that telephones and cars were a rarity even in Belgrade at that time.

Villa “Draga” was damaged during the First World War in the Battle of Gučevo. In 1933, the Yugoslav State Railways JDŽ bought it from the owners, Katić and Josimovic, and renovated it. In time, there was a transition to socialism, so the building became owned by the Yugoslav Railways and became the “Railway Home”, and served as a holiday resort for railway workers, and later refugees stayed in it. 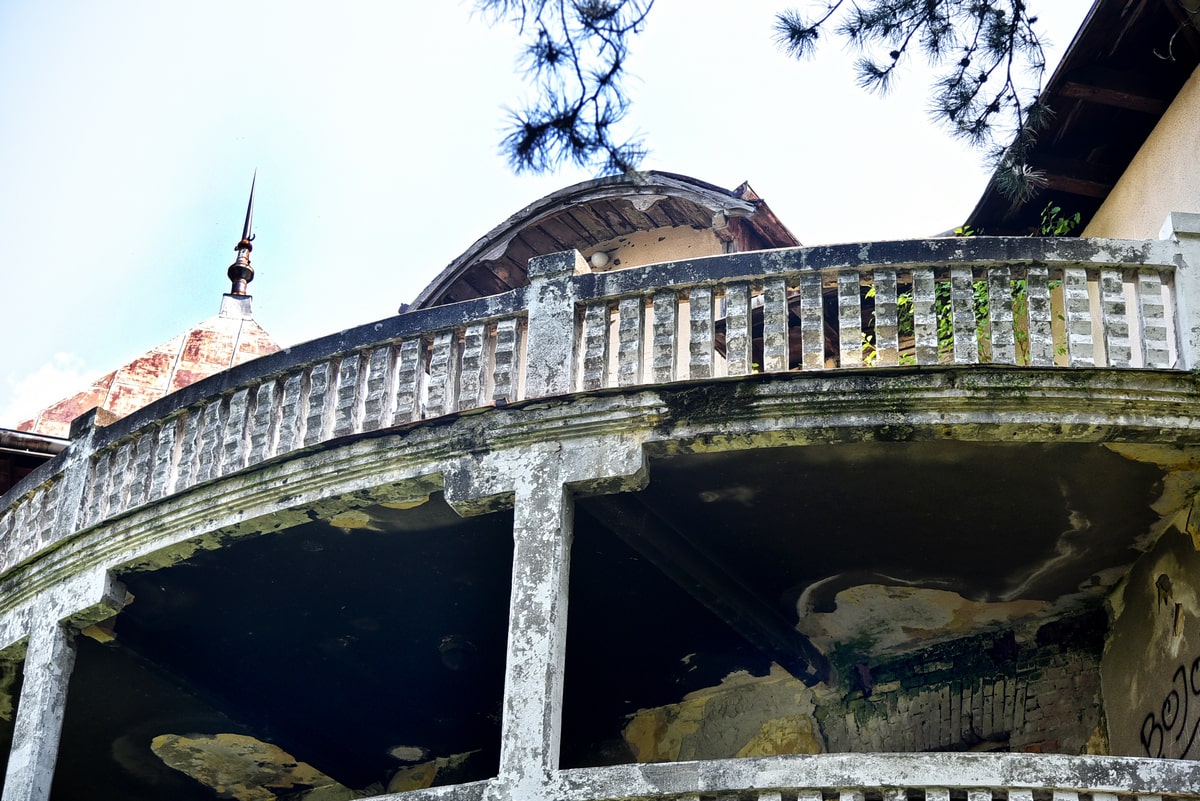 The last proposal of Loznica local government was to hand over the villa to the Property Directorate, but even that has not been properly defined yet, so the villa is still owned by the Serbian Railways, and is slowly decaying. The villa has a spacious porch and terrace, with concrete pillars which still stand. The porch is semicircular and has elements of sezession, then a trendy style of construction. The building is damaged by moisture, the interior was ruined, the roof gave up, and electrical wiring was stolen. The stairs lack railings, all the glass is broken, and the woodwork is rotten. Upstairs there is a terrace with sezession decorations in the style of alpine houses, with a wooden fence that is falling apart. The interior is full of rubble.

Villa Draga needs a complete and thorough renovation, since the building could be used as a top representative building. It is in a catastrophic condition. Entrance to the villa is allowed.