Stari dvor (lit. Old Palace) is a palace located in Belgrade, in the city municipality of Stari grad. The former royal residence of the Obrenović and Karađorđević dynasties, is today included in the list of cultural properties of the city of Belgrade due to its architectural and historical value. Located on the corner of Kralj Milan and Dragoslav Jovanović streets, the palace now houses the Belgrade City Assembly. The palace, sometimes called “Serbian Versailles”, is open to visitors.

The Old Palace was built between 1882 and 1884 at the request of King Milan I, according to the plans of the architect Aleksandar Bugarski, in an academic style with elements of classical antiquity, renaissance and baroque style. It was a royal residence during the reign of Milan I and his son Alexander I, and it remained so during the shift of dynasties from 1903 to 1915 under the Karađorđević dynasty. After the restoration of the Kingdom of Serbia in 1918, it became a court again. In 1919 and 1920, sessions of the National Assembly of the Kingdom of Serbs, Croats and Slovenes were held in the Palace, and all royal celebrations and receptions were held there until 1941. The Old Palace was damaged during the First World War, and especially during the bombing on April 6th, 1941, which marked the entry of the Kingdom of Yugoslavia into the Second World War. After the war, the renovation of the building lasted until 1947. The appearance of the building was changed, especially by removing the two domes overlooking the garden; the garden itself is being removed. Changes that occurred during the reconstruction of 1947-1949. year, the building received not only a new function but also a completely new solution of the entrance and facade towards King Alexander Boulevard, according to the project of architect Dragiša Brašovan. 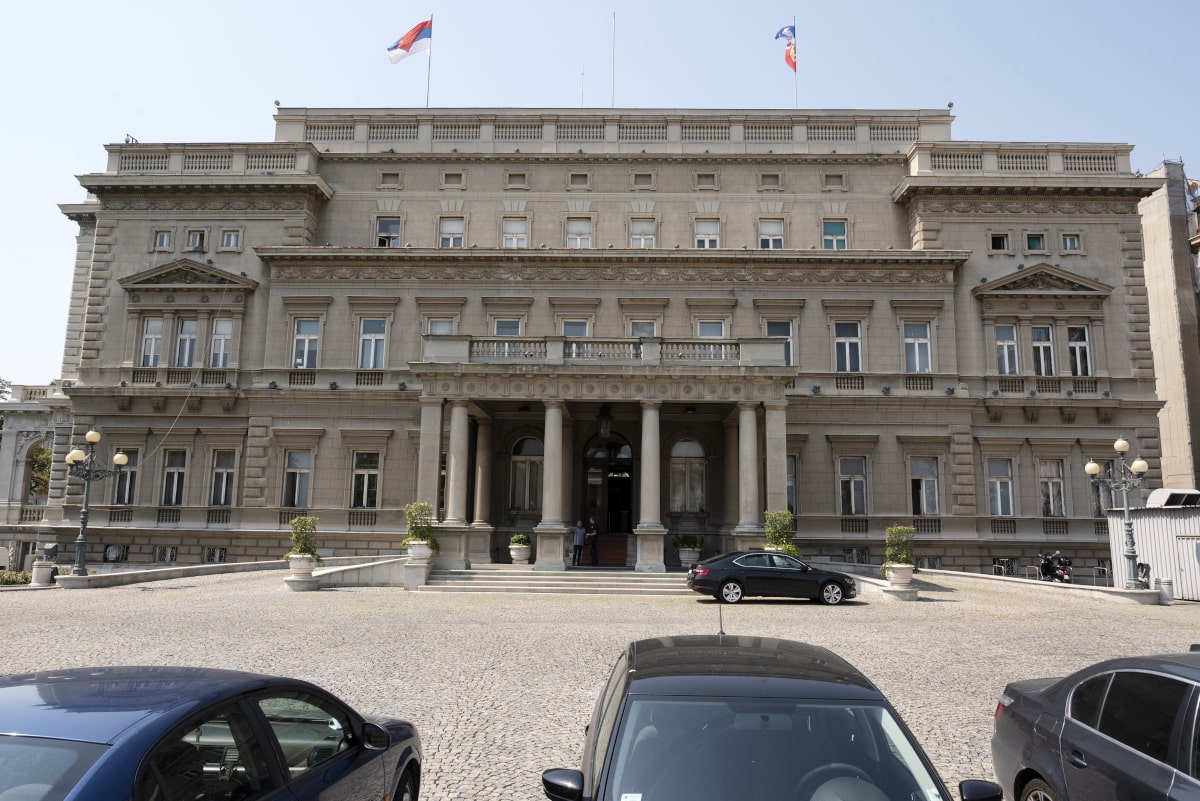 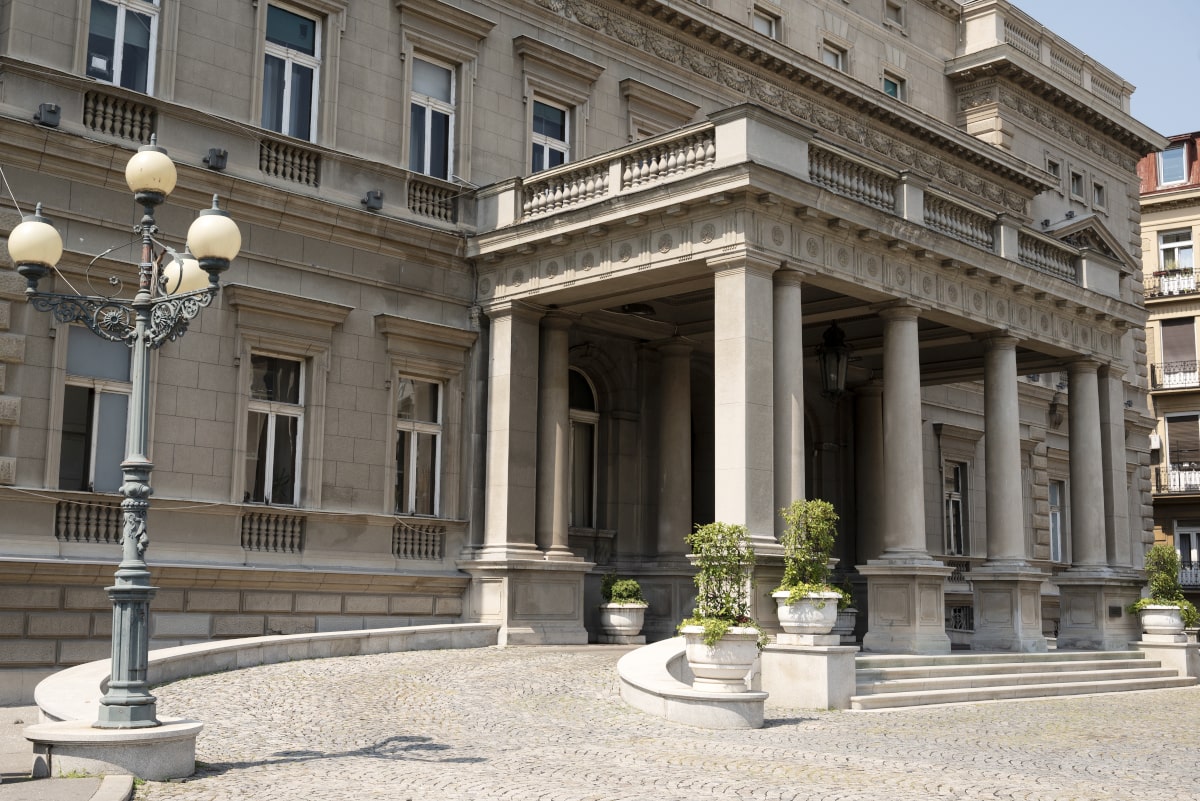 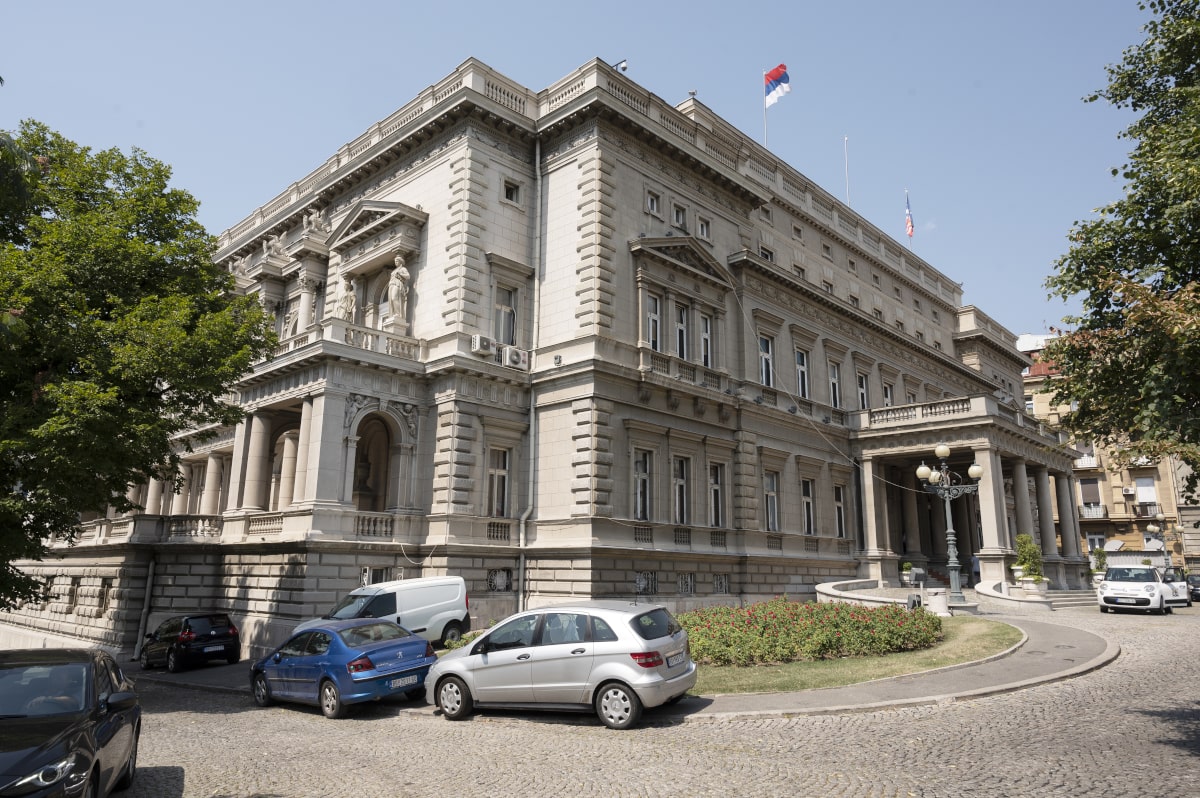 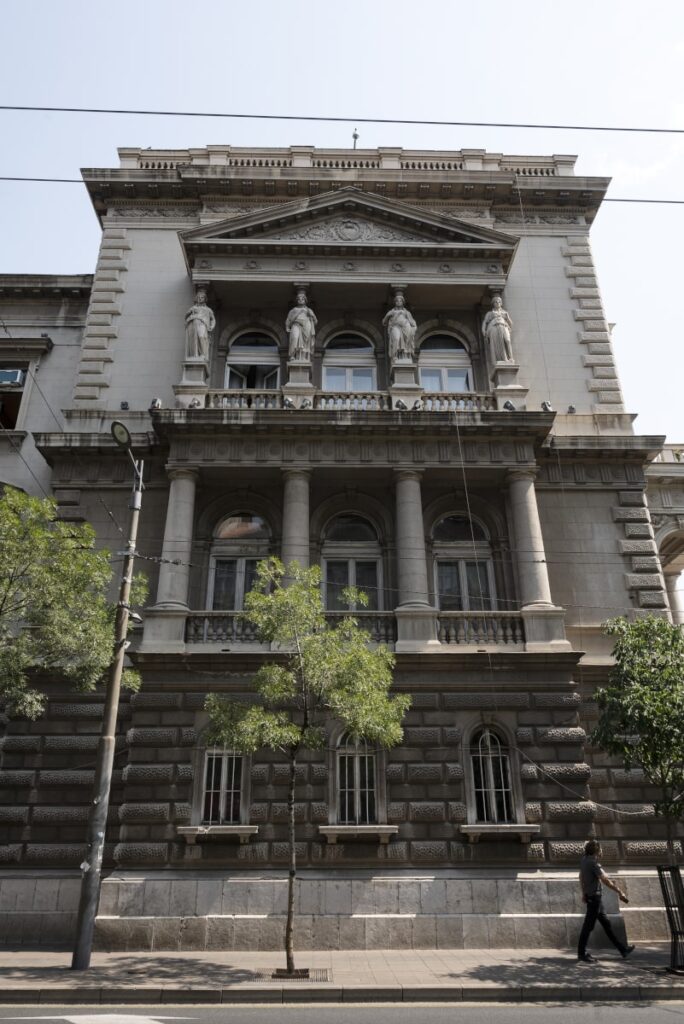 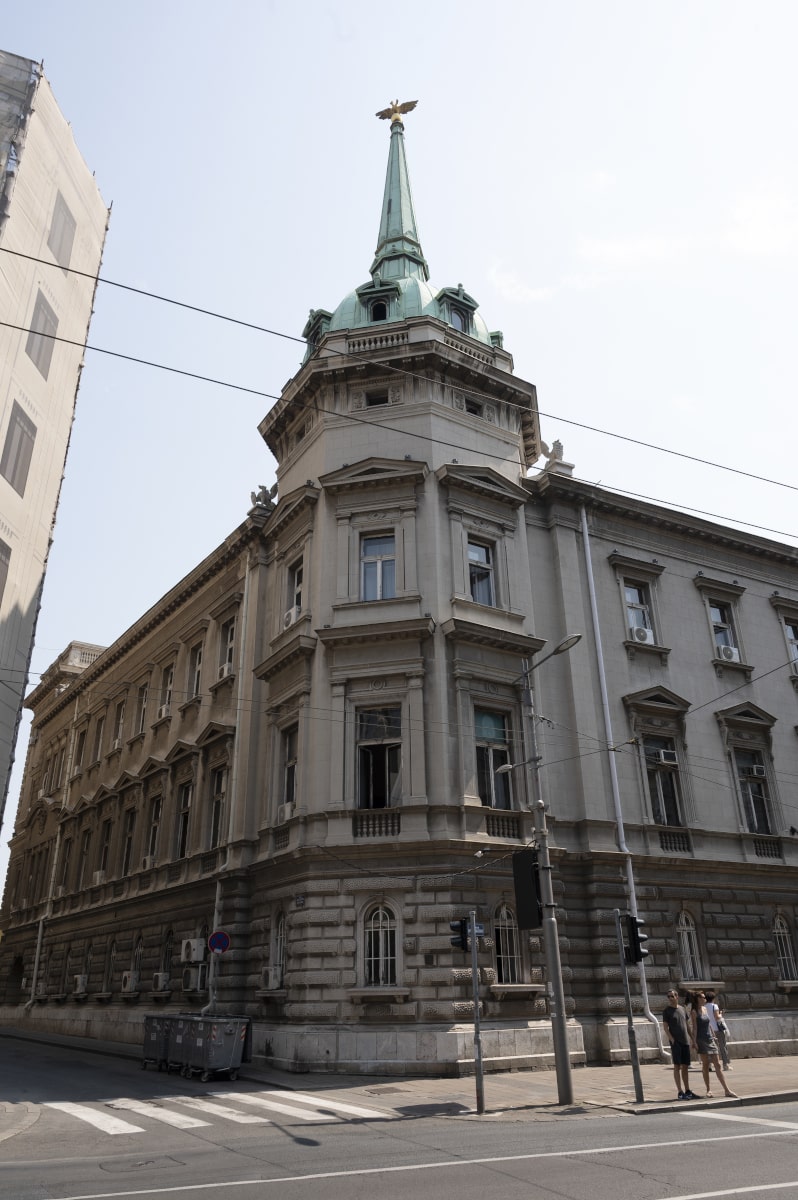 At that time, the Presidium of the National Assembly of the Federal People’s Republic of Yugoslavia was housed in the Old Palace, and then the Yugoslav federal government. Since 1961, this has been the home of the Belgrade City Assembly. Some parts of the palace have been completely destroyed (for example the Court Chapel) or have been altered. The double-headed eagle in flight at the top of the corner dome, in the communist period, was replaced by a five-pointed star, a symbol of the new state. At the beginning of 1997, the five-pointed star was removed, and in September of the same year, after the dome was repaired, a gilded sculpture of a double-headed eagle was placed, the work of sculptor Miroljub Stamenković, designed by architect Zoran Jakovljević.

Stari Dvor was built on a classic floor plan of almost square shape. According to its external architecture, it seems to be typical of Serbian academicism of the 19th century. The facade overlooking the garden is richly decorated, with balcony terraces. Among the decorative motifs, we can single out the Doric or Corinthian pillars that decorate the facades. Balconies and roofs are decorated with fences. The palace is organized around a large entrance hall with large bay windows, pillars and galleries. Earlier, this entrance was decorated with a large central oak staircase, designed by architect Jovan Ilkić, but it was destroyed during the First World War. Other reception rooms (dance hall, dining room, etc.) are organized around this central space. The palace also had a library of 10,000 books, a winter garden and a neo-Byzantine-style chapel. The interior decoration of the Old Palace was taken care of by a commission which, in addition to the architect Bugarski, consisted of the professor of the Great School Mihailo Valtrović and the painter Domenico d’Andrea.

King Milan, as a passionate collector, gathered an important collection of paintings, especially paintings by Van Gogh, Gauguin and Cezanne, bought in Paris, which are now outside the palace. However, there are many interesting works in it. In the red room we can see “Portrait of a Girl”, which was painted in 1862 by Đura Jakšić and “Crossing of the Neretva River”, the work of Ismet Mujezinović. The Yellow Room is known for its small gallery of paintings by Sava Šumanović, Jovan Bijelić, Petar Lubarda, Miodrag-Bata Mihajlović, Ljubo Lah, Jovan Zonjić, Peđa Milosavljević, Petar Omčikus and Vasa Pomorišac; wooden sculptures by Rista Stijović can also be seen. In the living room from the 19th century, there is furniture in the style of Napoleon III, which belonged to Queen Natalija Obrenović, the wife of the King Milan; there is also a small living room in the Biedermeier style with several interesting portraits: Stevan Knićanin, the poet Jovan Jovanović Zmaj, painted by Uroš Predić in 1938, and portraits of Jelisaveta Kocić and Đorđe Bimba painted by Arsenije Petrović.

The Palace is in good condition.