The village of Torža (Hungarian: Torzsa, all of the German original name Torschau) was formed by German colonization in the 18th century, in 1783, although the settlement of the same name was mentioned before the Turkish invasion during the Backa County in 1416, although the population probably fled north before the Ottomans, and the area was deserted. The emigrants left for Torža from Mannheim, in several groups, following almost the same path as the founders of other German villages in Bačka. The village was so beautiful that at the end of the 19th century, it won the title of “the most beautiful village in Europe” in Barcelona, ​​and had 6,400 inhabitants, of whom the Germans were mostly landlords and the Hungarians workers on the estates.

In that period, the most beautiful building in Torža was built, which we will call Villa Torža for the purposes of the text. At the end of the 19th century, the Hungarian sezession was popular, and a villa was built in that, then fashionable style. It was built as a family house of a local landowner who also had a mill in the same settlement. The architecture and decorative elements on the building indicate the economic status of the family that owned the building. The villa is reseda green in colour, with white decorations. Especially beautiful is the wooden porch with lace like sezession ornaments and wooden pillars, which is located in front of the entrance door, on the side of the car entrance. 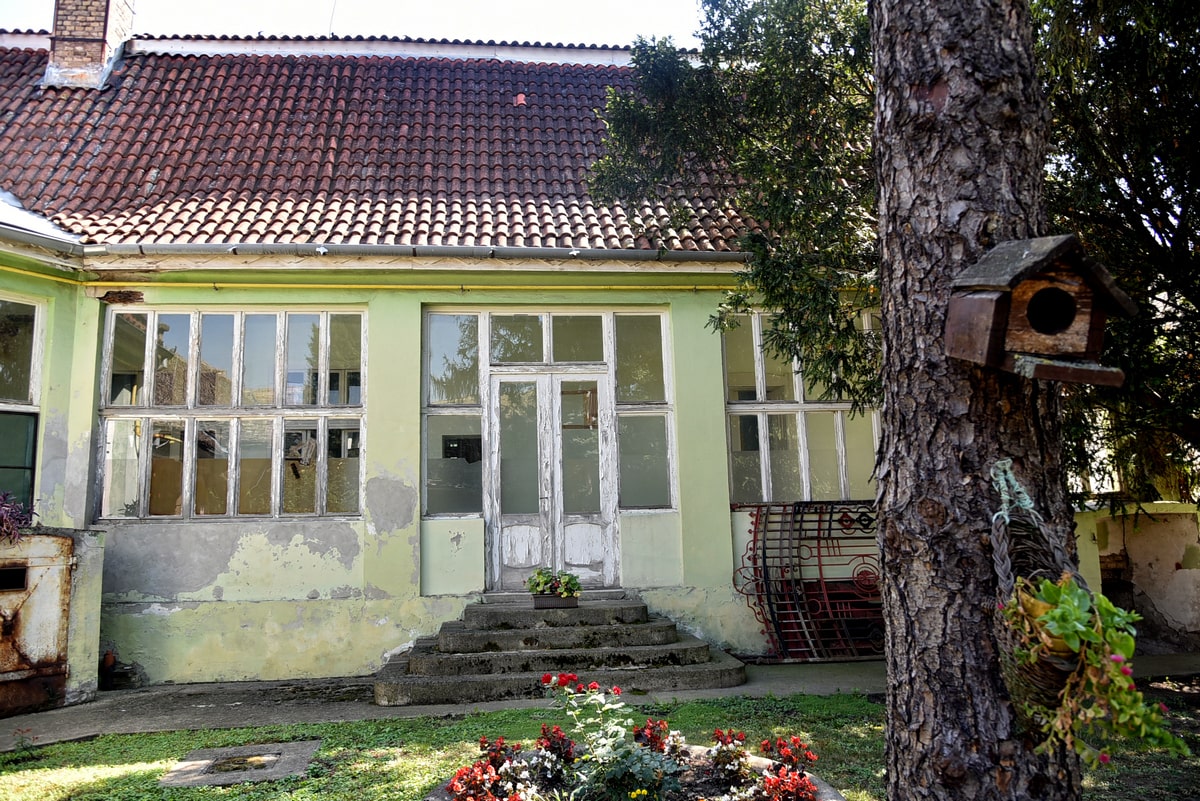 After the emigration of the Germans after the Second World War, Torža was inhabited by Serb colonists and named Savino Selo, after the national hero Sava Kovačević, and after 1991 the village was “rededicated”, this time to Saint Sava. The villa was confiscated and a separate outpatient department of the “VeljkoVlahović” medical centre inVrbas was located in it. However, in the last 25 years, the villa was devastated, since concrete was pouredover the entrance road, which was paved with bricks, as was the custom, and the groundlevel was raised by a few centimetres, so the car could not enter the ambulance anymore. Therefore, the wrought iron fence was removed and the villa was left without a door. Recently, the fence, damaged as it was, was returned to the yard, but not to the place where it used to be. It has not been restored, and it served as a gate for the carriageexit.

The villa is not in a state of disintegration, although the decorative parts of the facade are falling off, but it needs urgent reconstruction.