In Leskovac, there is another building under state protection, and that is a civic house at 1 Đorđe Lešnjak Street. This house is a classic example of civil architecture between the two world wars, and the inscription on the facade, i.e. on the “tower”, tells us that it was built in 1931. It is a two-storey building with an attic, dark ochre in colour, built in an eclectic style. It reminds us of the “golden age” of Leskovac.

The structure of the building is corner and provides the possibility of making a rounded “dome” or tower, in the intersection of two streets. The building is asymmetrical, because on one side there is entrance staircase, while on the other side there is a classic street facade with windows with art-deco decorations that incorporate a bit the late sezession. Especially interesting is the burgundy roof covering on the dome, which has decorations typical of sezession. The street facade with two windows on the ground floor is modest, on the first floor it already shows elements of art deco with engaged columns connected to the facade, while the attic is in a classic rectangular shaped art deco. 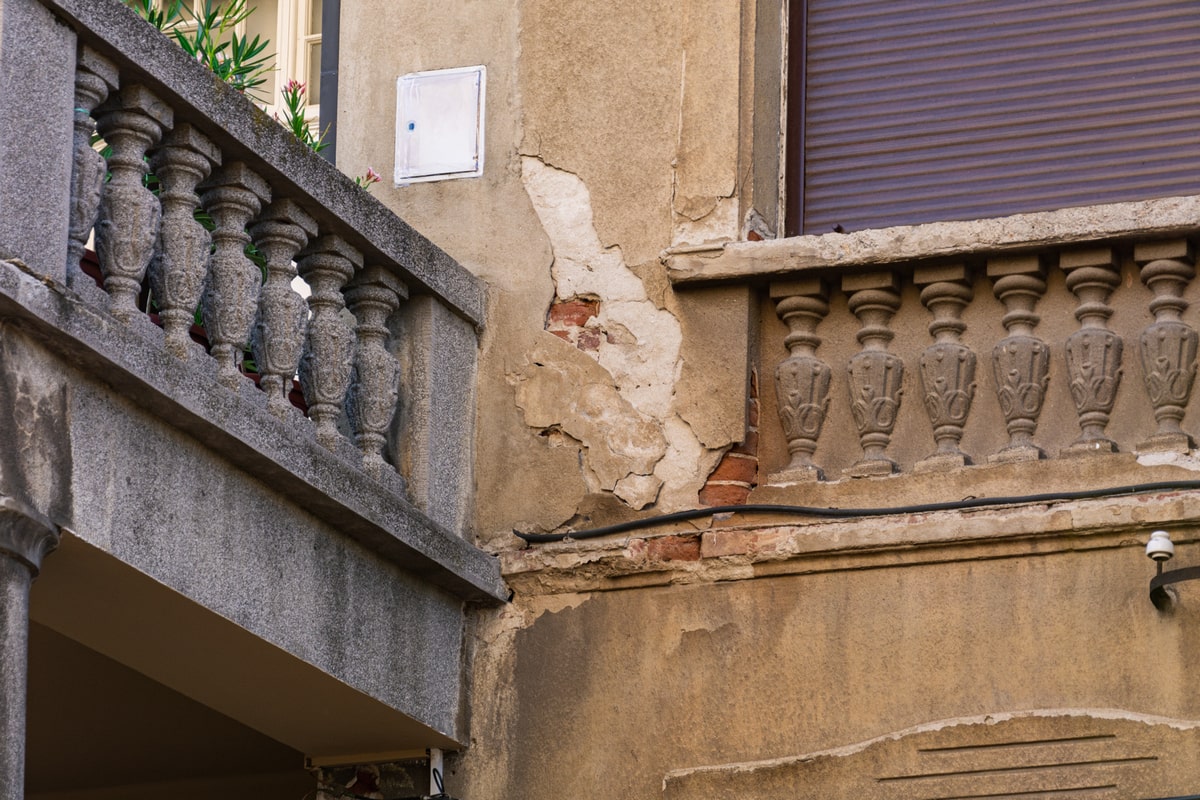 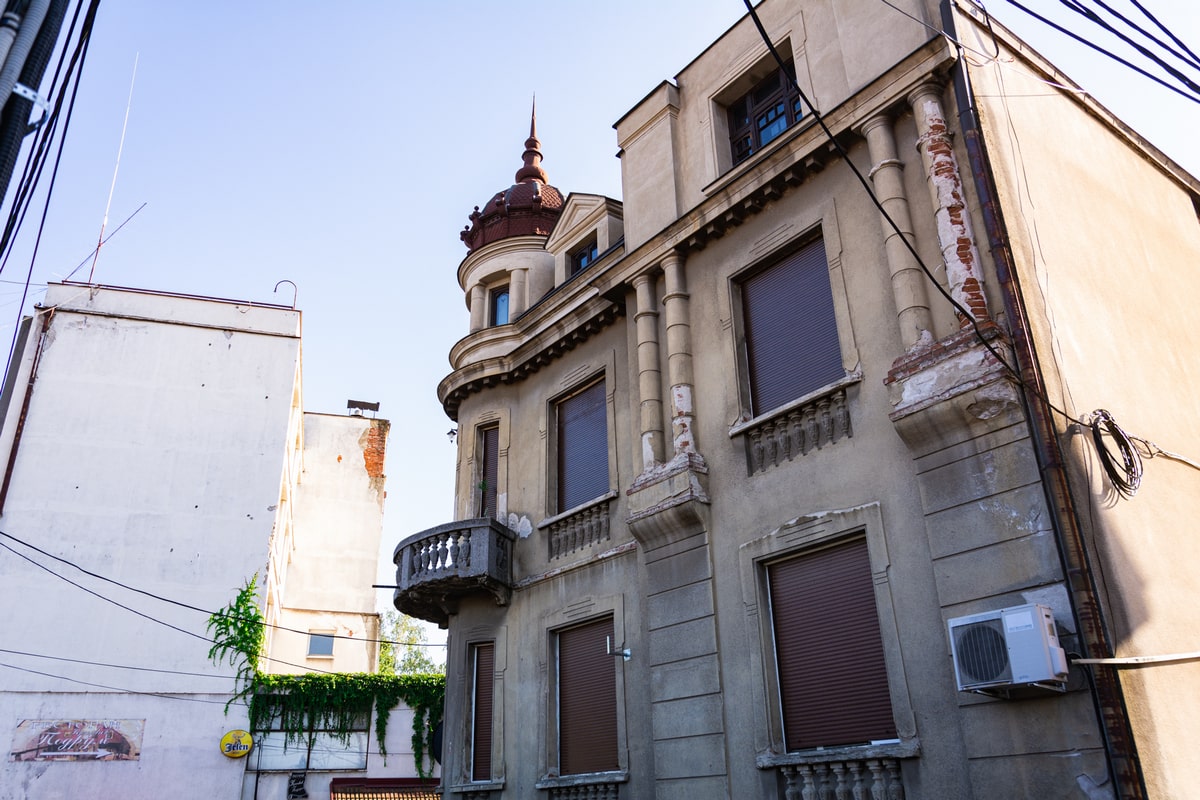 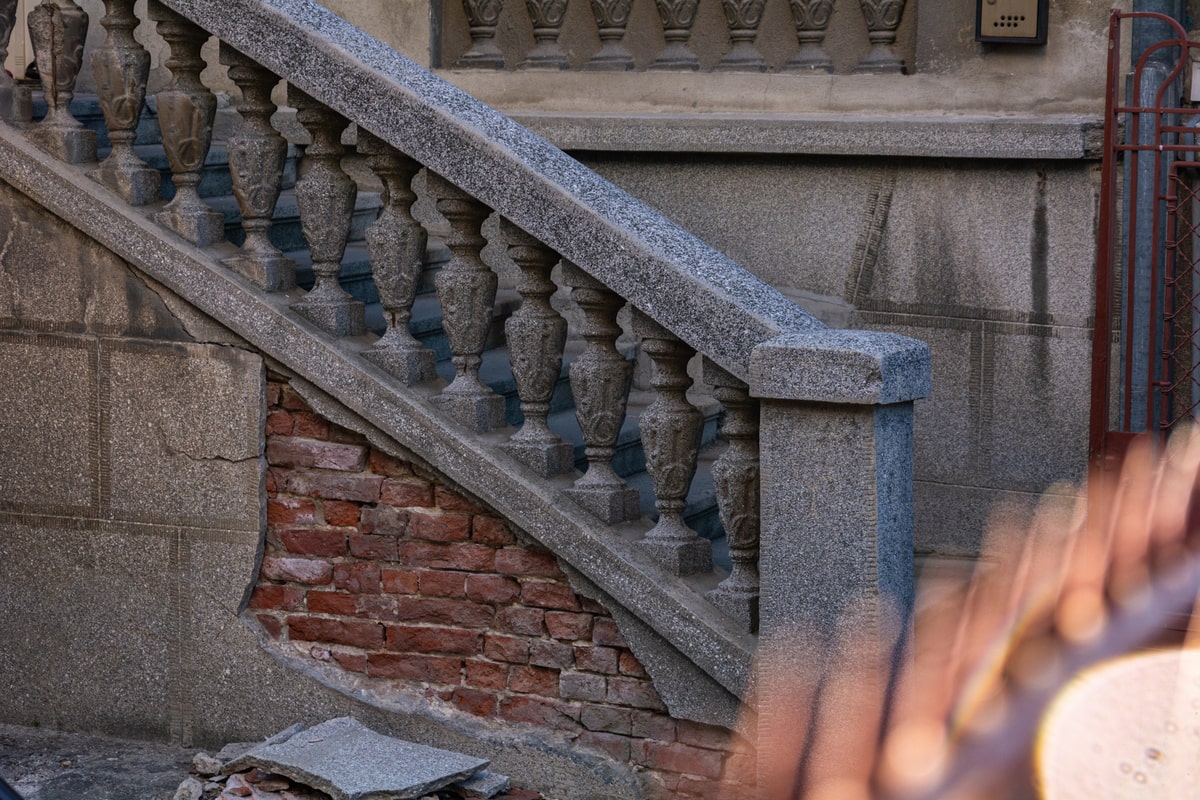 The building has three terraces – one above the entrance staircase, which is the widest, the second in the attic, and the third, circular, around the round side “tower”, which is in poor condition.

The facade of the building has deteriorated in some places, so it needs reconstruction. In one segment, it was renovated and painted in bright yellow, which differs from the grey and smoky and patina-damaged rest of the facade. Two families live in the house today. Behind the building is a restaurant.

Entry into the building is not allowed, as it is a residential building