The Damaskins were a prominent noble family from present-day Romania, from the town of Németh. Members of this family bore the predicate `de Németh` next to their surname Damaskin (Romanian: Damaschin, Hungarian: Damaszkin). They get nobility in 1799, and another in 1788 bought the land around the village Nemet (today the Romanian Beregsău Mic between Jimbolia and Timişoara. In this village, which until the third decade of the 20th century was predominantly Serb, their older castle has also been preserved. The castle now known as Conac Damaszkin in very poor condition and was closed for public visits.

The first nobleman was Stefan, who soon after went a little further east and bought the village of Hajdučica, as early as 1800. At that time we can already see his name in the form of Ljubomir Stevan Damaskin de Nemet, but also in the Hungarian form István – after which the village got its Hungarian name, Istvánvölgy. In an effort to populate this area, Damaskin moved the first subjects to its property in 1809. They, with the money of Damaskins, built the first castle before 1824, since then Damaskins brings villagers to the immediate vicinity of the castle to take care of the castle. It is interesting that the

Damaskins were further related to the Daniel from the nearby Konak. 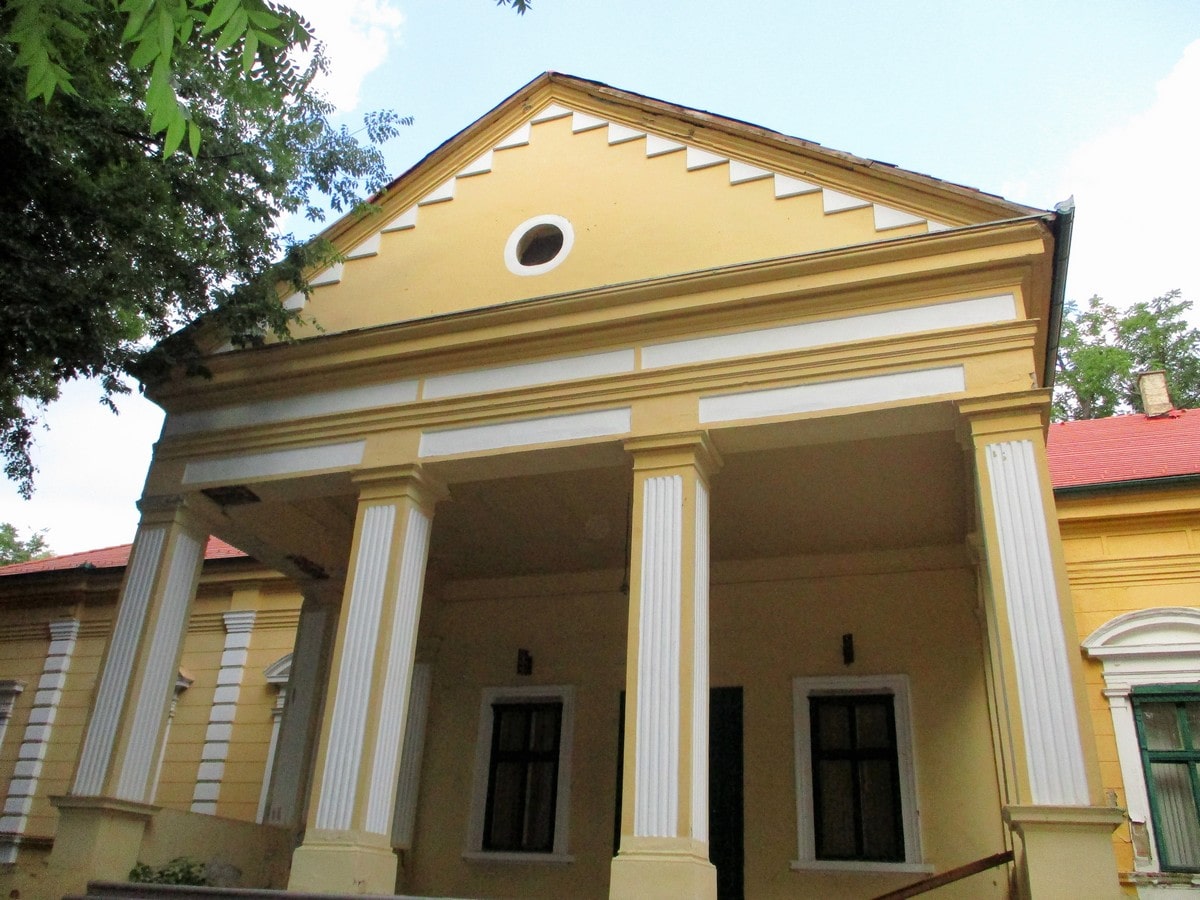 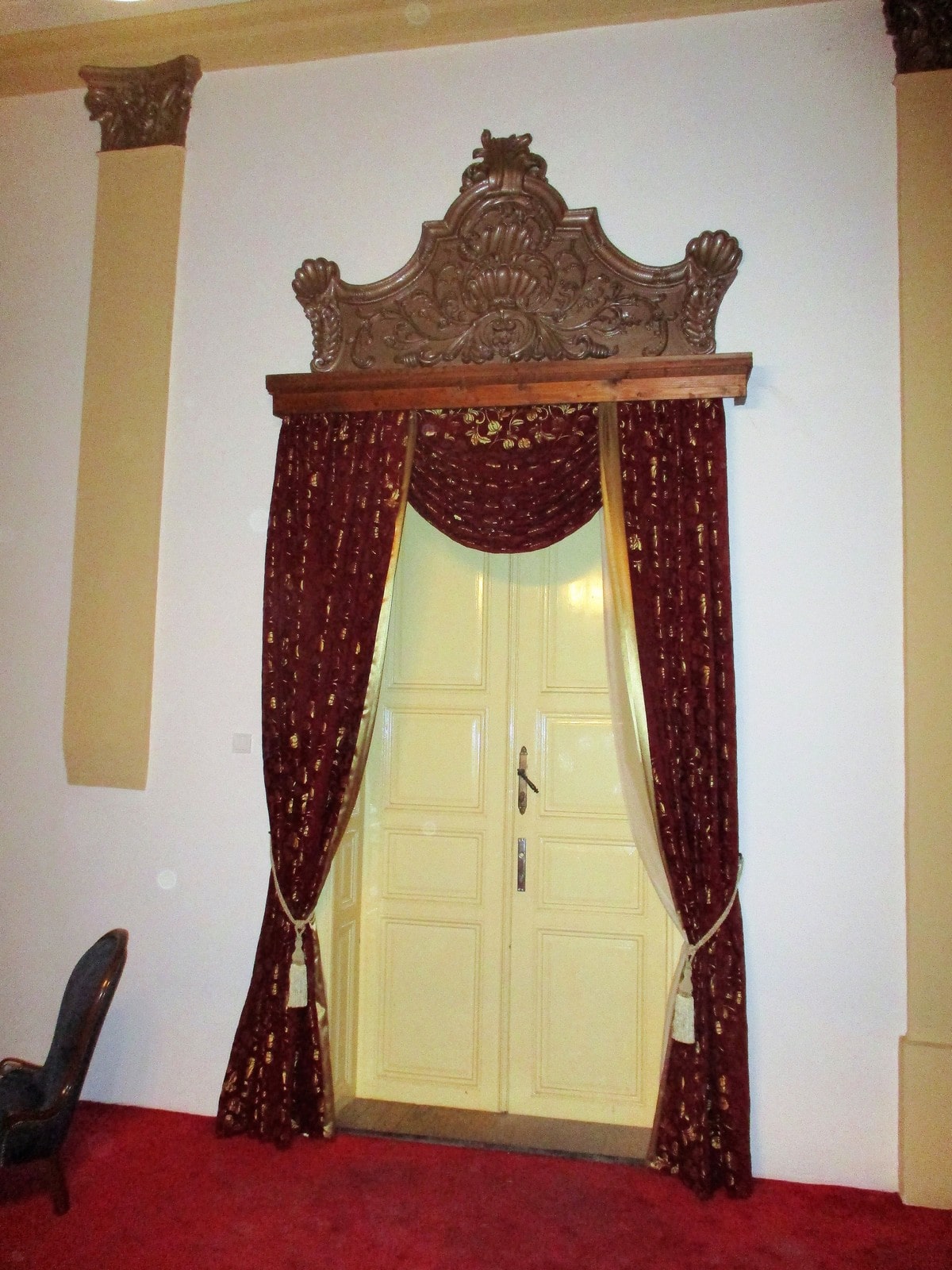 However, his descendant, also known as Stevan Damaskin, in 1890 sold his property to the `biggest star` of the then area of ​​Vojvodina and a lover of castles – Lazar Dunđerski, for 670,000 ducats. And then Dunđerski remodels the old castle and thus essentially makes the current one, in 1901. As Samuel Borowski says: `It was an adaptation of the old castle to the new needs, but the classicist symmetrical structure was not touched`. The castle was inherited by Olga Dundjerski. She later married an industrialist from Belgrade, Jovan Jovanović, and built a church in the village. Just before the war, the castle belonged to the mayor of Belgrade and industrialist Vlada Ilić, who was her son-in-law.

Like all castles, this one was nationalized after the Second World War. It was given for use to `Agrobanat`, and then it became the property of PDP `Hajdučica`, and in the end it was sold and lavishly restored.

The building itself is classically symmetrical. The floor plan is an elongated rectangle. The classicist portico with four Doric pillars dominates on both sides, while the tympanum is simple and without decoration. On the other hand, towards the courtyard, the portico is almost identical, except that it has six Doric pillars. Ten windows are symmetrically arranged and the facade is dominated by yellow and white, completely in line with the spirit of the classicist era. The pilasters on the facades follow the internal layout of the rooms in the castle. As the owner of the castle was the same, it is not surprising that the roof solution is almost the same as at the Dundjđerski castle in Čelarevo. Luxurious balls are organized here. Later, in 1945, the castle became a place for weddings. 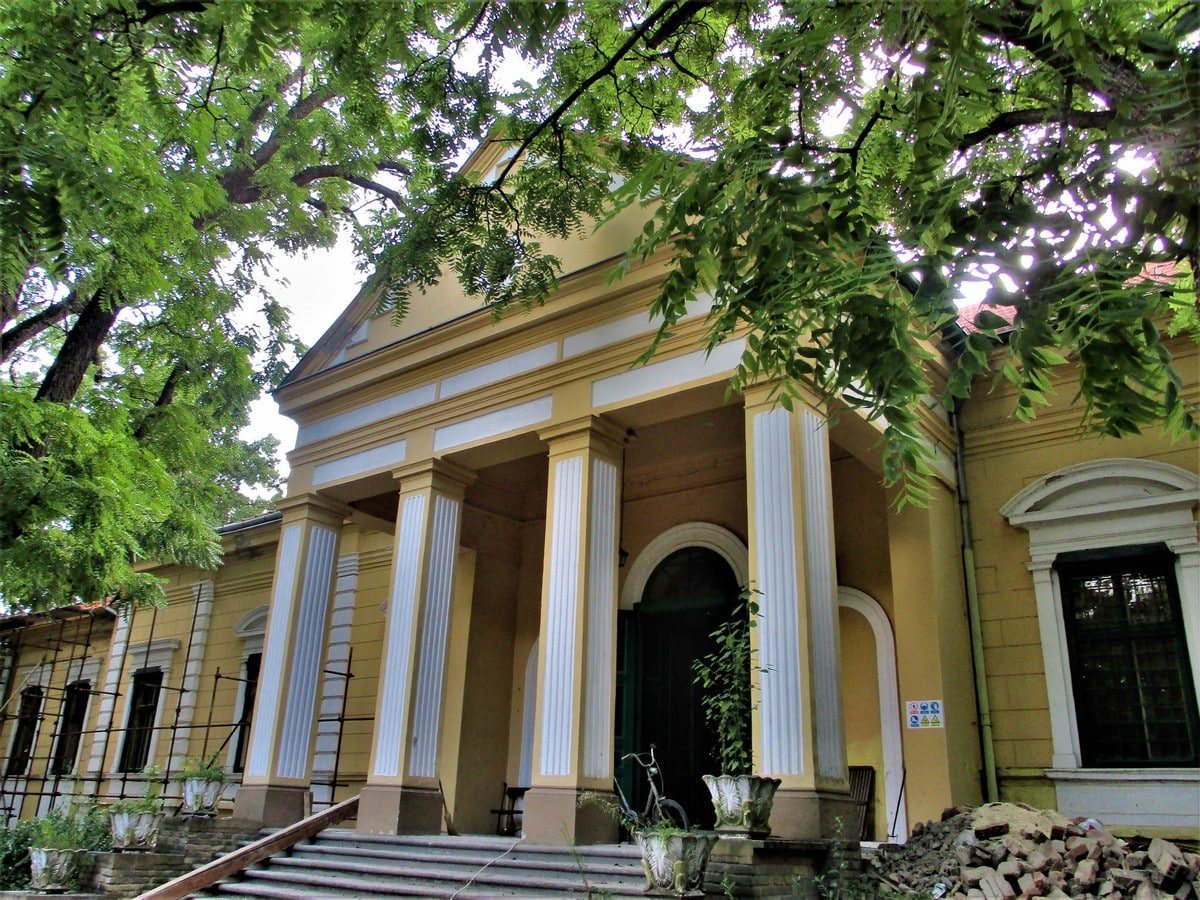 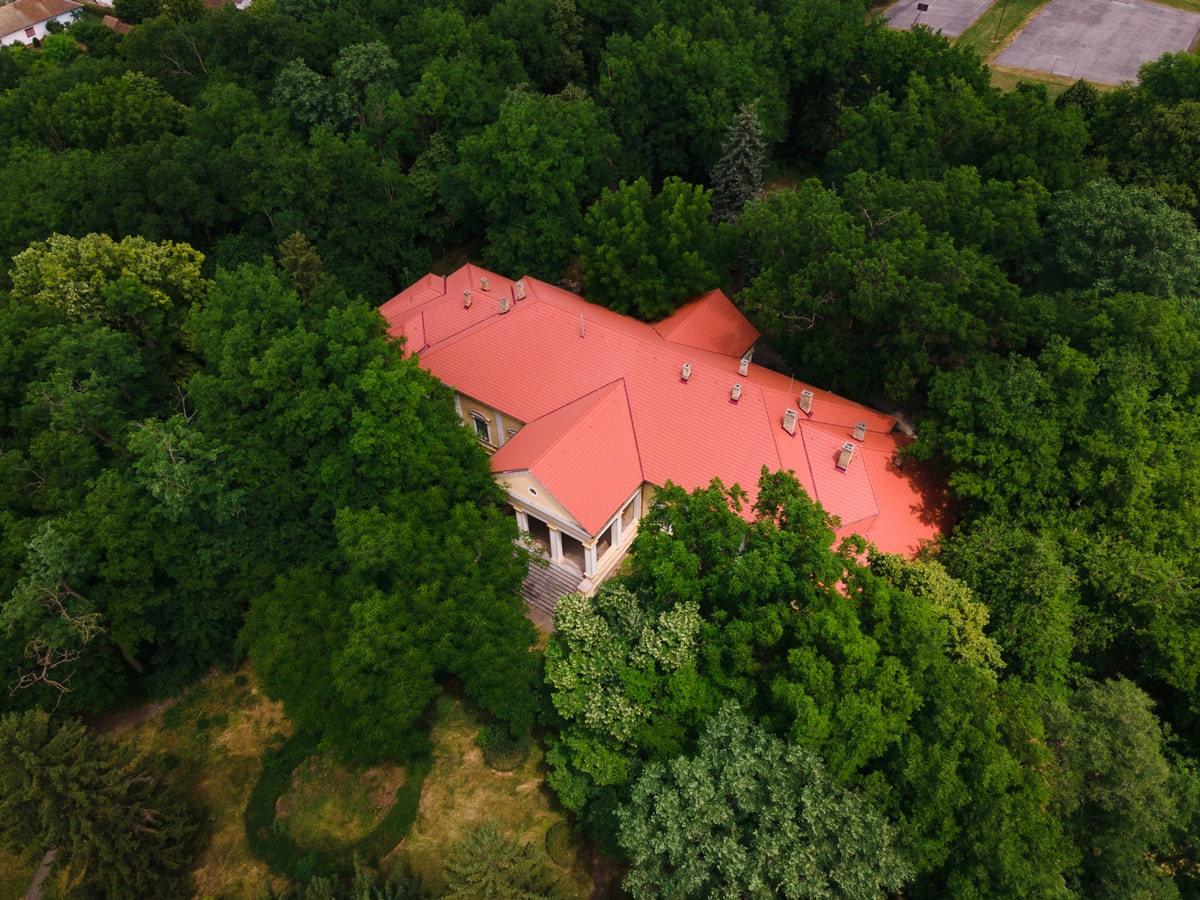 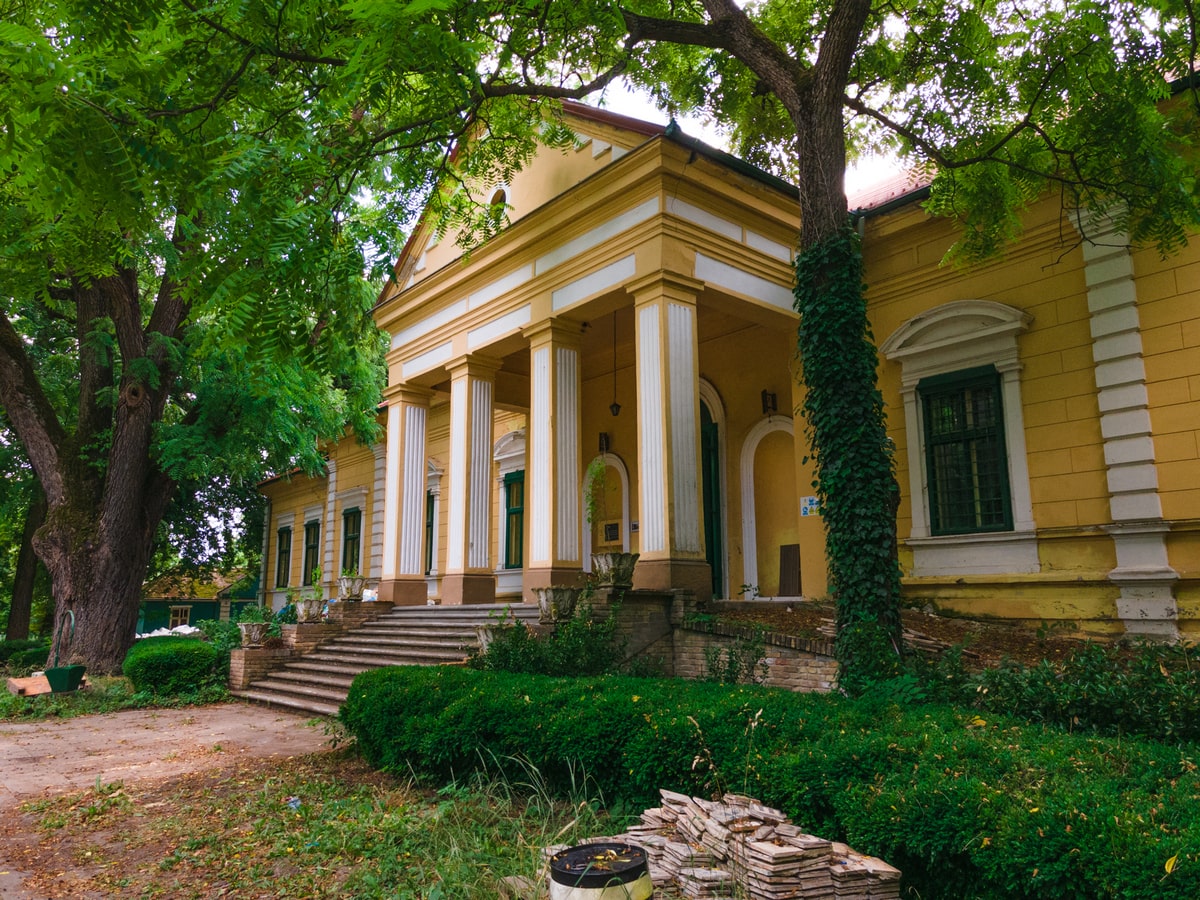 Inside the castle building, there is a room with mirrors in which part of Lazar Dundjerski’s furniture, those few completed Jatan paintings and one bed are kept. This bed is claimed to be Jatanov’s, and the painter began to lose the nights of his life in it. It is a wide, guest bed with a heavy blanket that does not differ in any way from the bed you would offer to a dear bone or an old friend. The only thing that is surprising is the headboard with a giant mushroom instead of a pillow.

Around the castle there is a beautiful and very well-preserved park as well as a lake called `Ribnjak`. It was turned into a public baths.

The castle is being intensively renovated. It is now privately owned, and the new owner pays attention to every detail both in the interior and exterior. 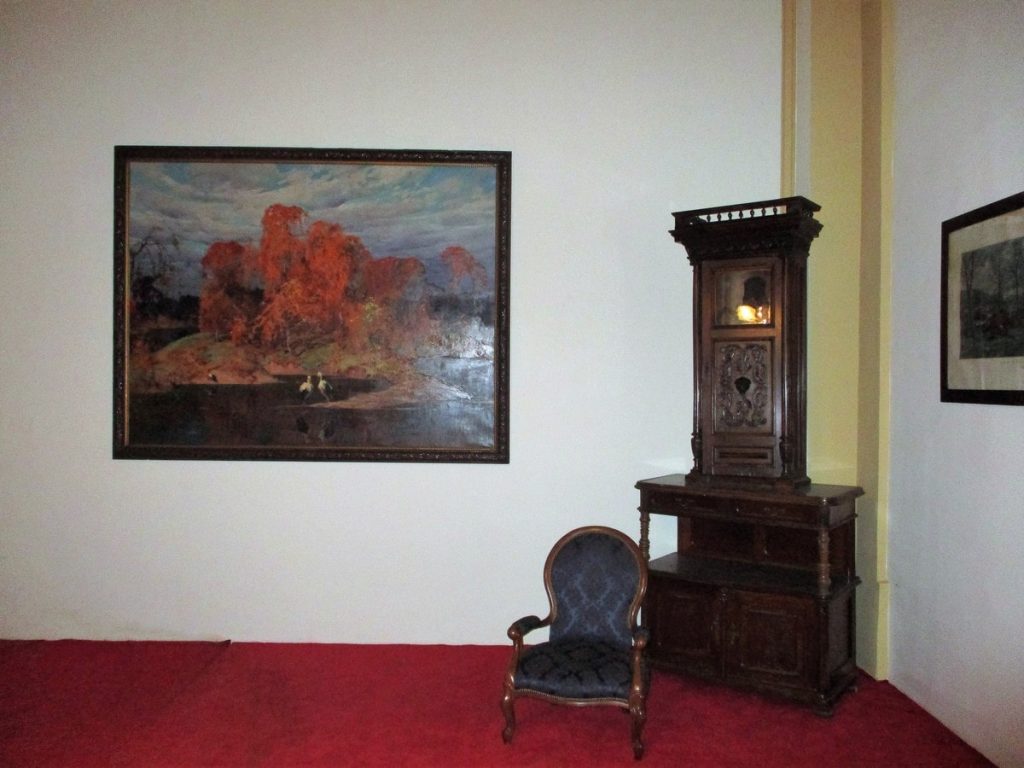 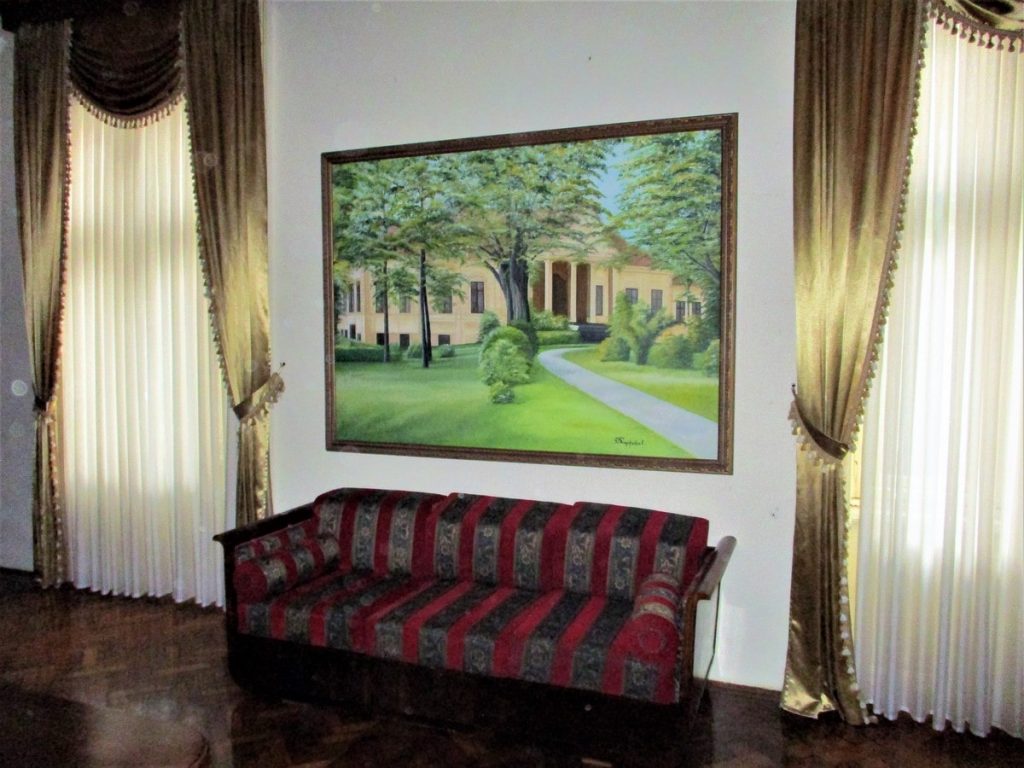