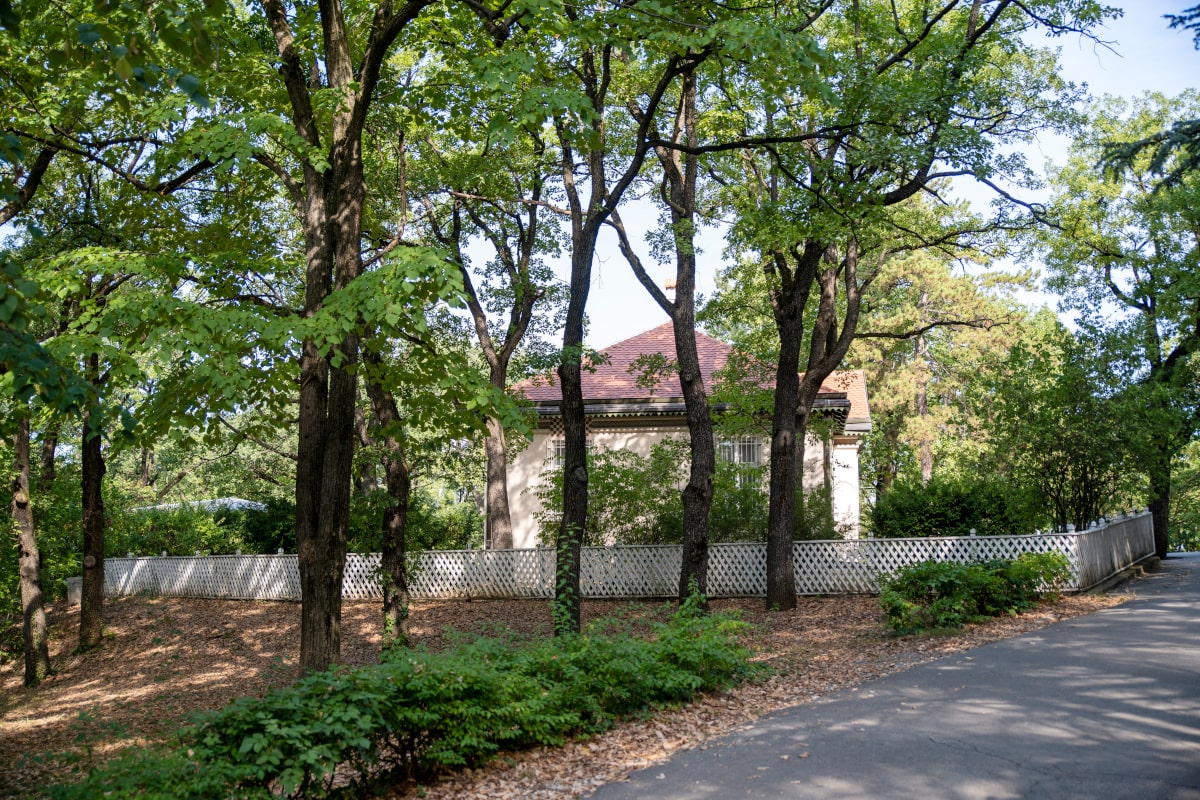 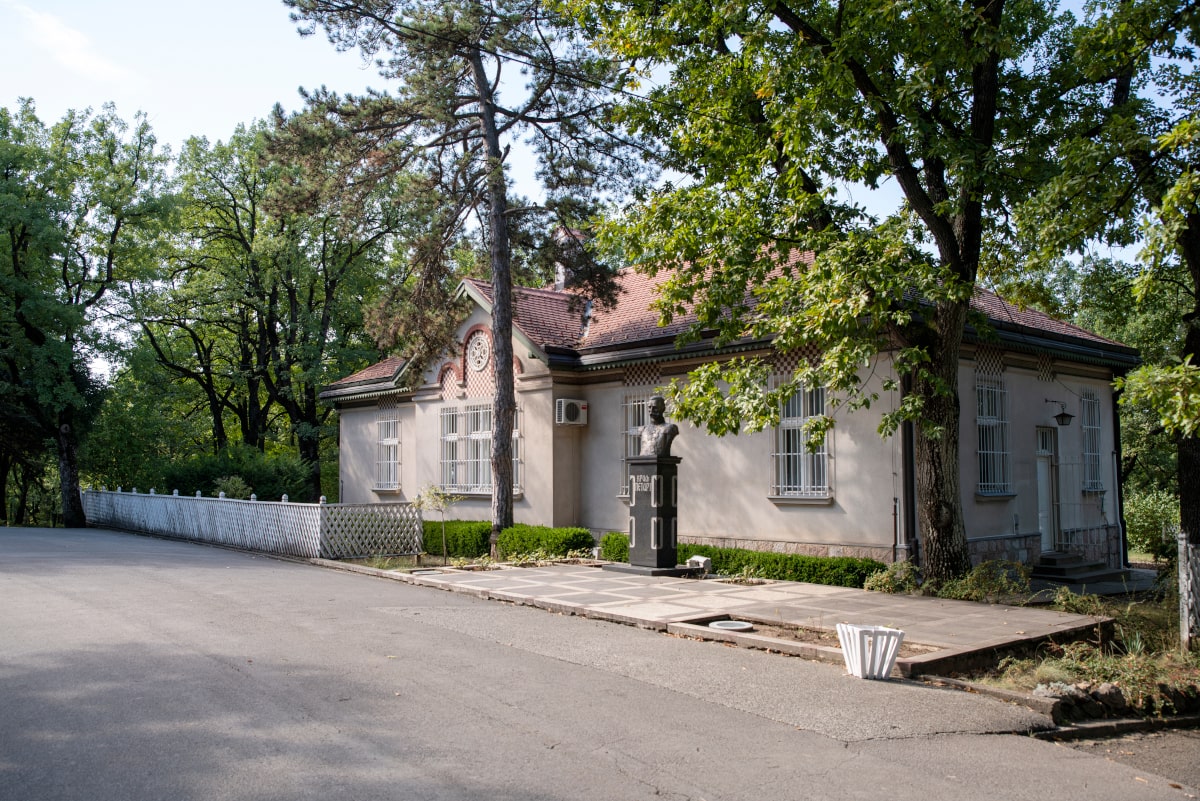 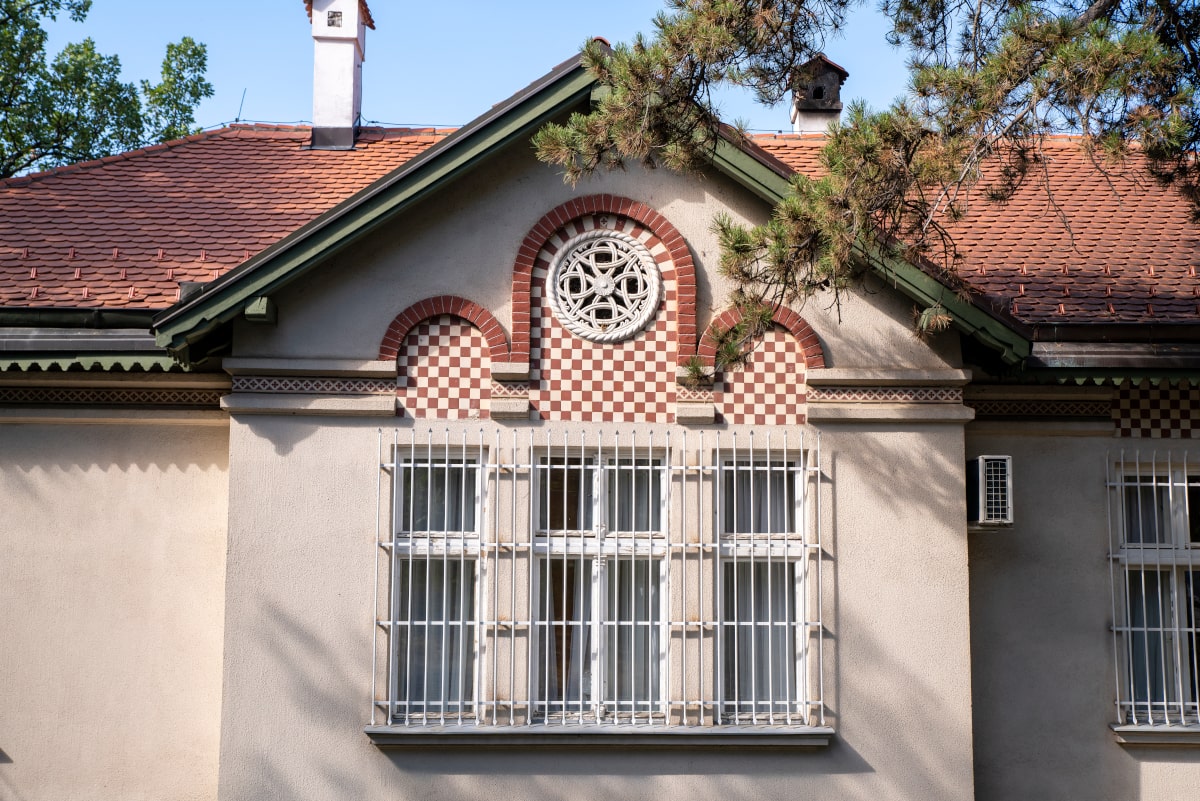 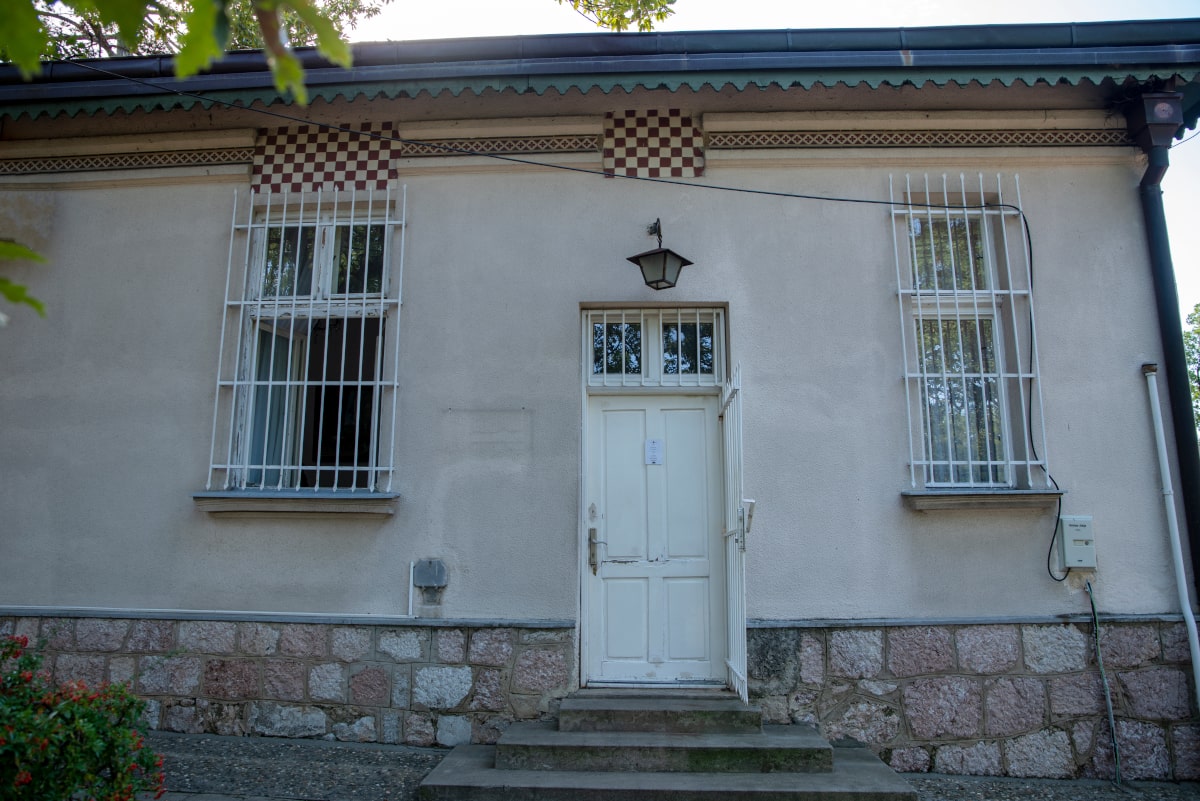 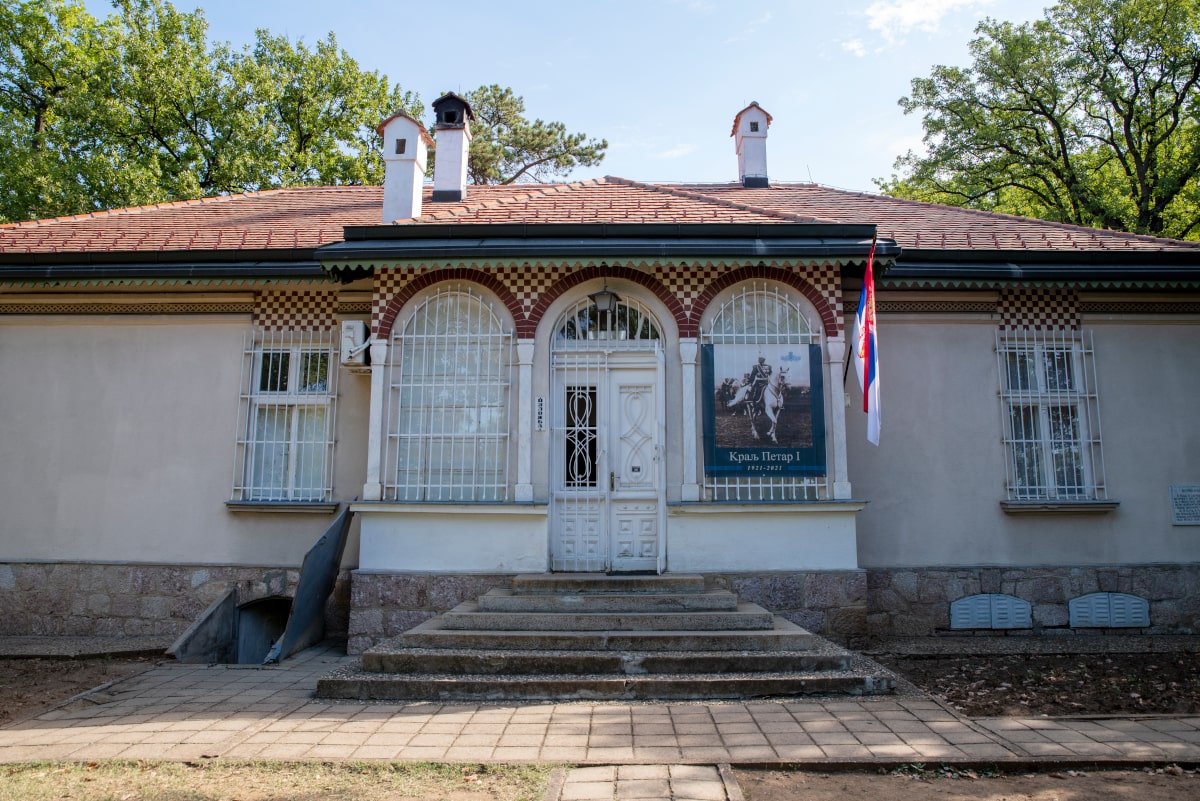 The first Karađorđević who decided to return to the homeland of his heroic ancestor Karađorđe, Oplenac, in terms of construction, was King Peter I. His house, due to the king’s simple character, is often called simply “Peter’s house”. It is interesting that the king became its inhabitant quite by accident.

Namely, when the works on the construction of the Oplenac church began, west of it, a church house was built, intended for the parish priest of the church. It was built according to the project of Kosta J. Jovanović in 1910, as a temporary building, but destinyhad a permanent plan for it. The house had six rooms, in which the builders of the church were to live, as well as the parish priest, and it was built purposefully: a basement for storing tools and construction materials was made beneath the building. However, an unexpected guest appeared: first before all others, King Peter moved into it, so that he could supervise the progress of the works on his favourite church. That is why it is called “Peter’s house”. The old king sat in his chair in front of the house and diligently recorded everything that was done. Peter I also had his office there, and he received guests in a nicely equipped lounge. Otherwise, he liked to stay in this house and enjoyed the beautiful view, which from there extends to the endowment and the whole area.

He stayed there until 1915, when the evacuation of Serbia took place (Bulgaria entered the war on the side of the Central Powers), and then the king retreated through Albania. The king returned in 1918 and stayed there until his death in 1921. After that, the house became the home of the endowment management, and starting in 1935, it was the Royal Museum of Wreaths, Gifts and Relics, which was a collection that grew over the years. Numerous wreaths laid on the bed of King Peter I, as well as King Alexander I, were exhibited after the Marseilles assassination in 1934. Some of these wreaths were made of pure gold, silver, bronze and other valuable materials, so the collection was very valuable.

It is interesting that during the Second World War, Karađorđević’s treasure was evacuated to Oplenac, but Georg Neuhausen, Goering’s trusted man, soon came to Peter’s house and systematically listed the content of the works of art, and the valuable work “The Last Supper” which fascinated Goering, who believed that it had supernatural powers, was transferred to Berlin, only to be returned to Yugoslavia after numerousperipeteias, through the then International Court of Justice in 1947. Anton TopićMimara, Tito’s commissioner for the return of works of art, played a crucial role in that.

It was closed to the public in 1947, when the Karađorđevićs were forbidden from returning and their property was confiscated. The work of the Endowment was shut down, the property was ransacked, and valuable exhibits were taken away. The house was left to deteriorate, as an unwanted witness to the monarchical past. 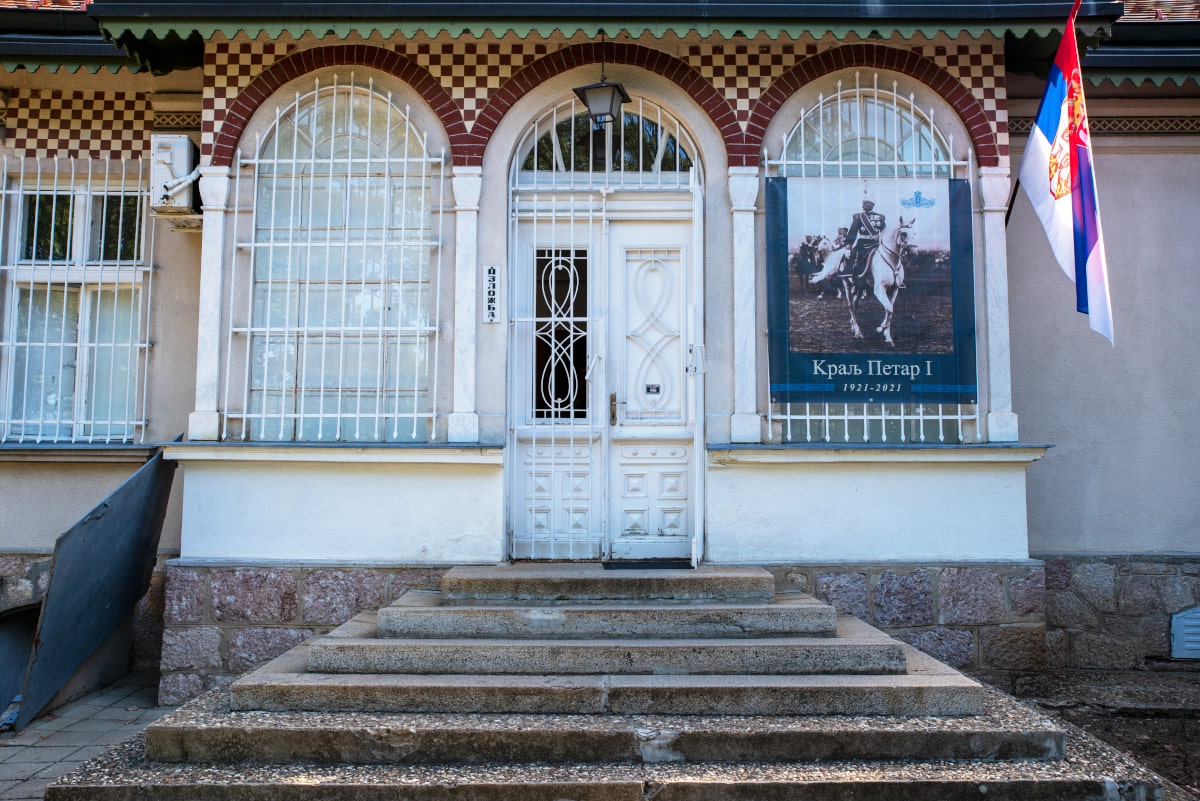 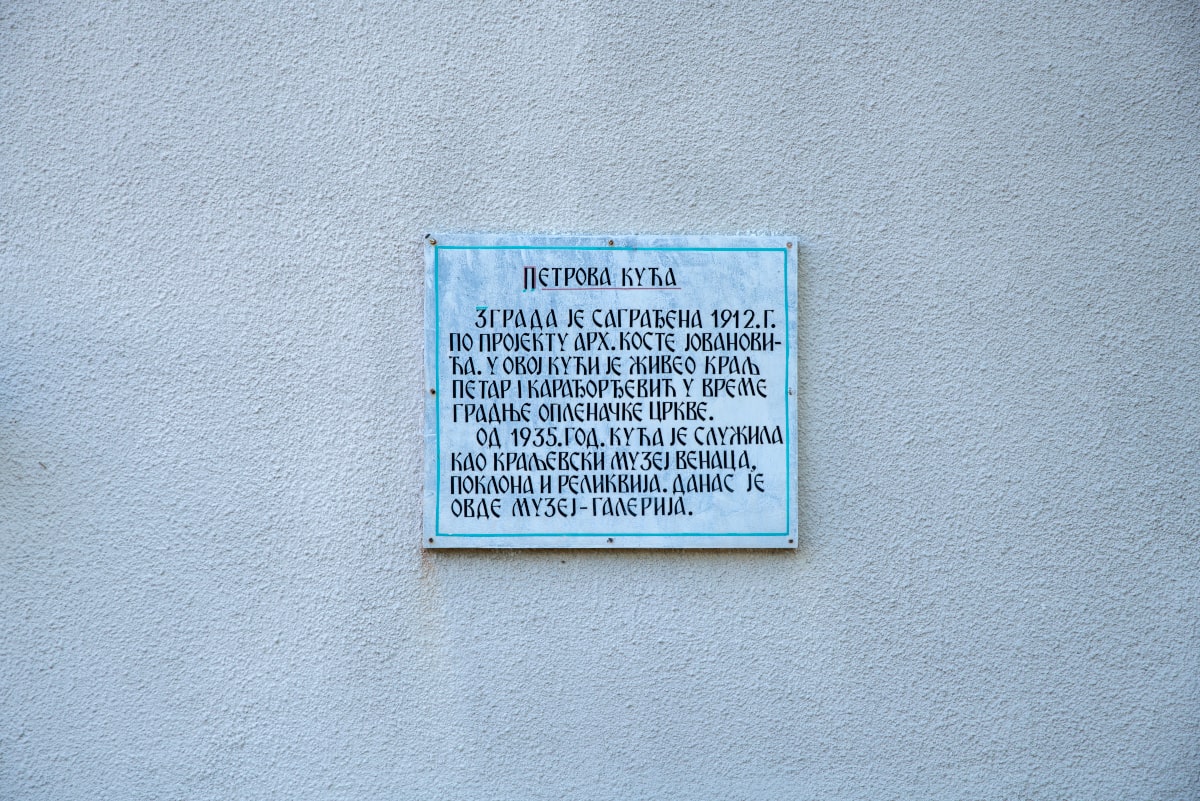 The endowment of King Peter I in Oplenac was renovated in 1993. In the house are now displayed documents, as well as personal belongings of members of the royal family that are of great value. Today, Peter’s House is a museum-gallery with thematic exhibits related to the Karađorđević dynasty.

Architecturally, it was built as an homage to the houses in Šumadija that have existed here for centuries. Especially interesting are the decorations on the facade that are an homage to the Morava architectural school, as well as the red and white tiles that adorn the facade around the rosette, and the space above the windows. Usually, the lower part of the house is made of stone, and the upper part is made of brick, similar to country houses.

The house is in good condition, and is open to visitors. 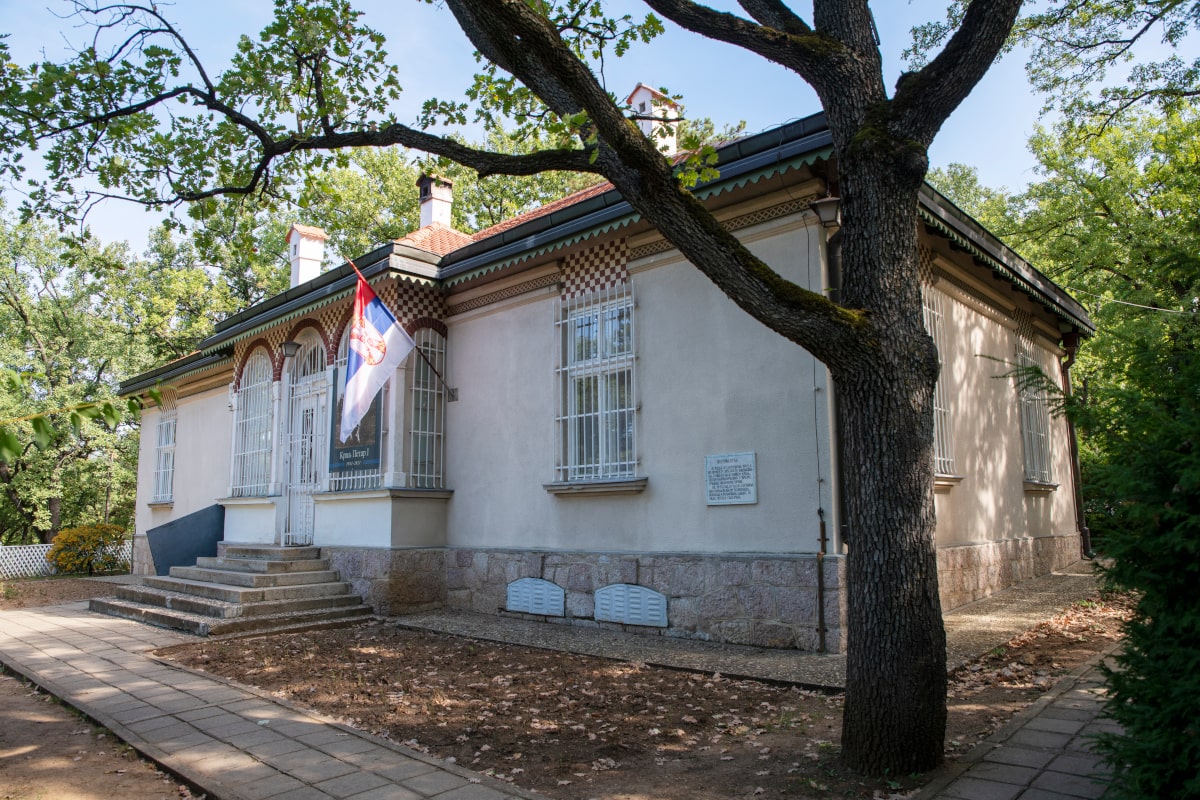