Bogdan Dunđerski comes from the richest family in Vojvodina from the end of the 19th and the beginning of the 20th century. He built a fairytale castle on a property that stretched over 2,600 acres. That is why it can be said that he literally created his own special world.

Bogdan Dunđerski started building his dream castle at the age of 57. He traveled all over Europe and got acquainted with the ways of building its castles. One of the basic postulates of construction was the mystery and mystique of construction itself. Bogdan strictly adhered to these rules, so there is no original architectural plan of his castle.

Bogdan did not hire local workers, but craftsmen from the Czechia. And why is that? The answer is simple – that’s the only way he could keep the secret of his castle. After the work was done, the Czech workers returned home and took the secrets with them … It was rumored that huge quantities of the highest quality Slavonian oak were brought and that they disappeared overnight, without anyone being able to say where it was installed. It is assumed that there are secret corridors that connect the castle with the stables and that they are lined with Slavonian oak. As for the secret rooms, we can freely claim that there are at least two of them.

The castle was built in the spirit of pseudo-romantic architecture of “fantastic castles”, such as the Swallow’s Nest in the Crimea. The base of the building is square with towers at the corners, and a representative main porch and staircase. The side towers and the white color of the castle are the most impressive and make the building monumental. The tower and four corner towers are made in the neo-Gothic style, and the ceremonial hall and both entrances are made in the neoclassical style.

The chapel was built at the same time as the castle, in the neo-Byzantine style. The iconostasis was painted by our famous painter Uroš Predić, otherwise a great friend of Bogdan Dunđerski. Next to the castle, a chapel in the neo-Byzantine style was built, dedicated to St. George, and it was partly done by the Belgrade master of the iconostasis Carbiner. Three mosaics on the portal and the Last Supper were also painted by Uroš Predić in two years. The Mother of God got the appearance of Mara at the request of Bogdan Dunđerski himself. The chapel, where Bogdan Dunđerski is buried, was also not spared mysticism. All you have to do is come to this chapel for the Transfiguration and you will feel that mystique. Especially interesting is the icon of Stefan the First-Crowned, which has a silver imprint of someone’s lips in its lower right corner. That imprint allegedly mystically appears and mystically disappears. Few people have seen him. They say he is most visible at the Transfiguration. On that day, at midnight, the winding soul of Bogdan Dunđerski leaves the grave and goes on a tour of the estate, his Fantast. 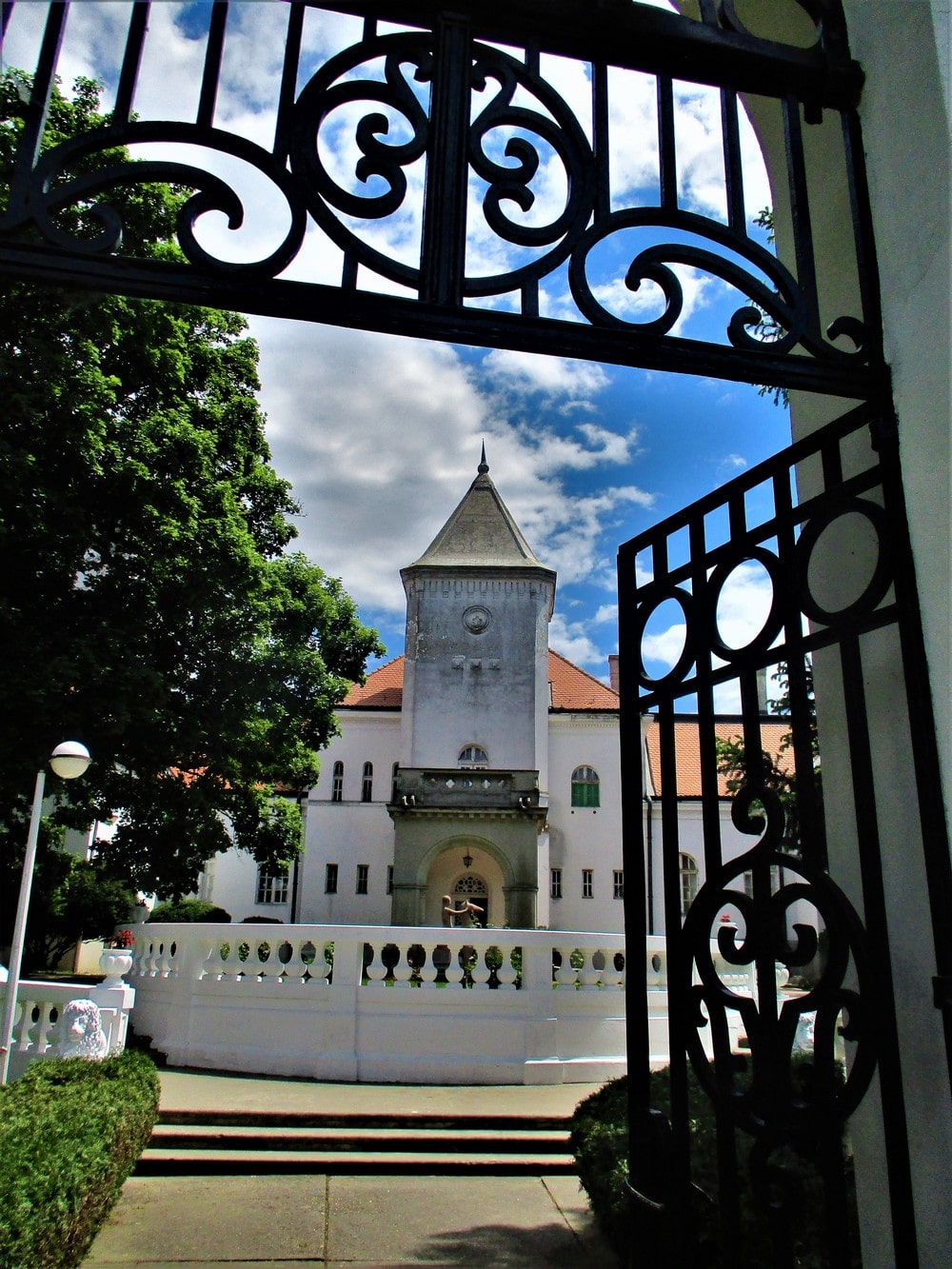 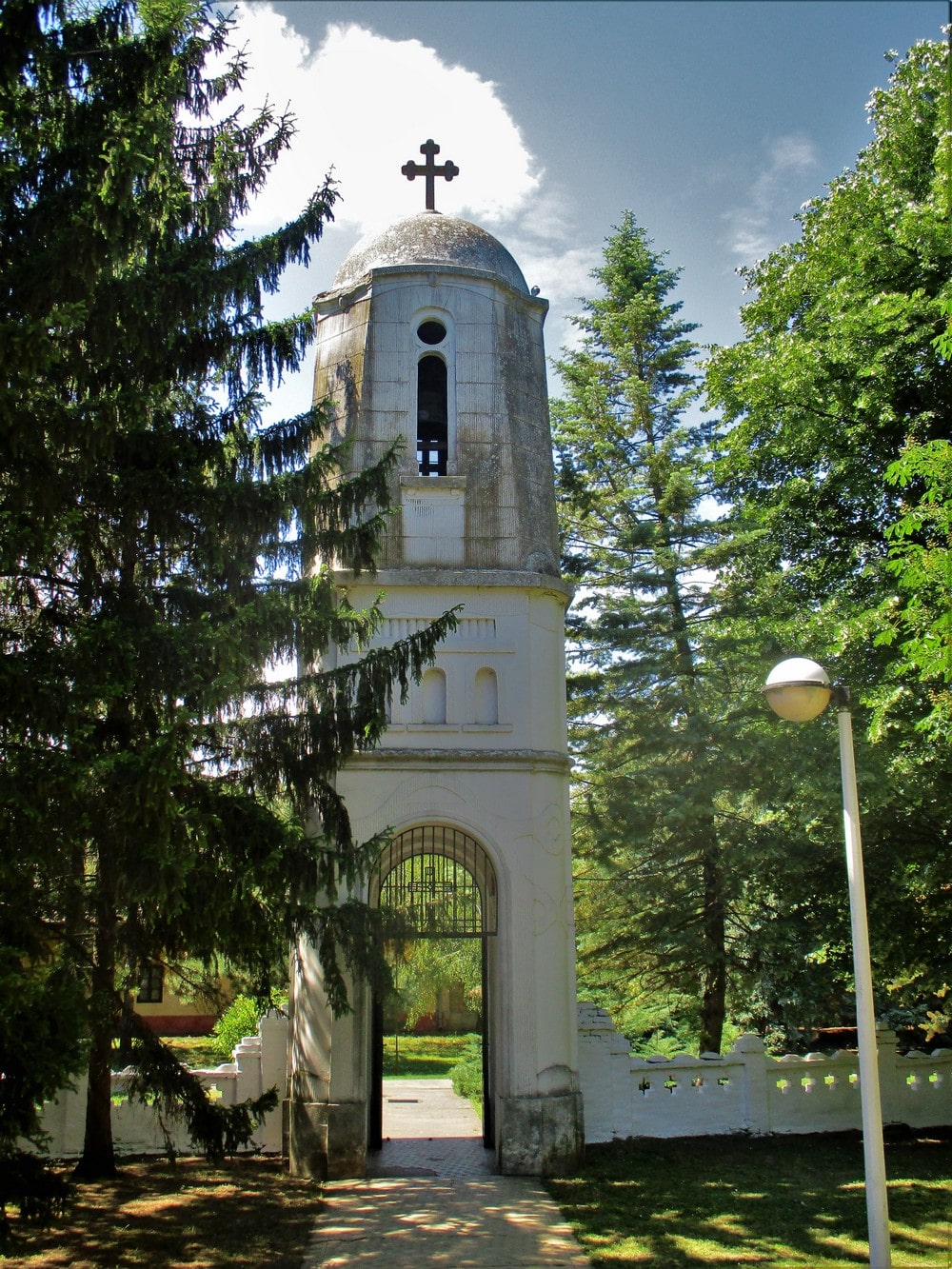 There is an interesting story about Bogdan and Fantast. The Fantast was not Bogdan’s horse, as many claim, but the horse of Belgrade doctor Leon Koen. One day, Leon found himself in a barn where he saw a stallion of unusual beauty. Soon Bogdan was in Leon Cohen’s office with a blank check in his hands. He suggested to the doctor that he write down the amount himself. The doctor was overjoyed, but not because of the check, but because of the knowledge that he had found the right man in whose stables his horse would have a truly luxurious treatment. So they were both satisfied. Legend has it that on the Transfiguration in the stables of Fantasta you can hear the roar of horses. Bogdan and his horse are riding through the endless fields of the Dunđerski farm.

Along the entire length of the complex, to the right of the castle, there is a stable that occupies more than half of the complex. In that area, there are four stables and several auxiliary facilities, as well as a paddock and a gallop training track. The park is surrounded by a castle, a chapel and a small castle on all sides and is a mixture of English and French type parks. The walking paths in it are nicely arranged, and the central part is occupied by the pool. The park has other facilities: a landscaped playground for children, as well as two tennis courts.

The castle complex itself is located in the hunting area of ​​the Bečej Hunting Society and abounds in a number of game (pheasants, rabbits, partridges) and high game (deer and roe deer). In addition to hunting, it is possible to organize fishing in a nearby pond. The castle is 14 kilometers away from Bečej on the road to Bačka Topola.

The castle complex covers about 65 hectares. In the castle itself, there are two ceremonial halls: a larger one with 70 seats and a smaller one with 30 seats, a ceremonial salon with period furniture, as well as Bogdan’s salon with old furniture. There is also a memorial display that talks about the owners. A restaurant with two halls was located in the basement of the castle. Until recently, the `Fantast` hotel was located in the castle. 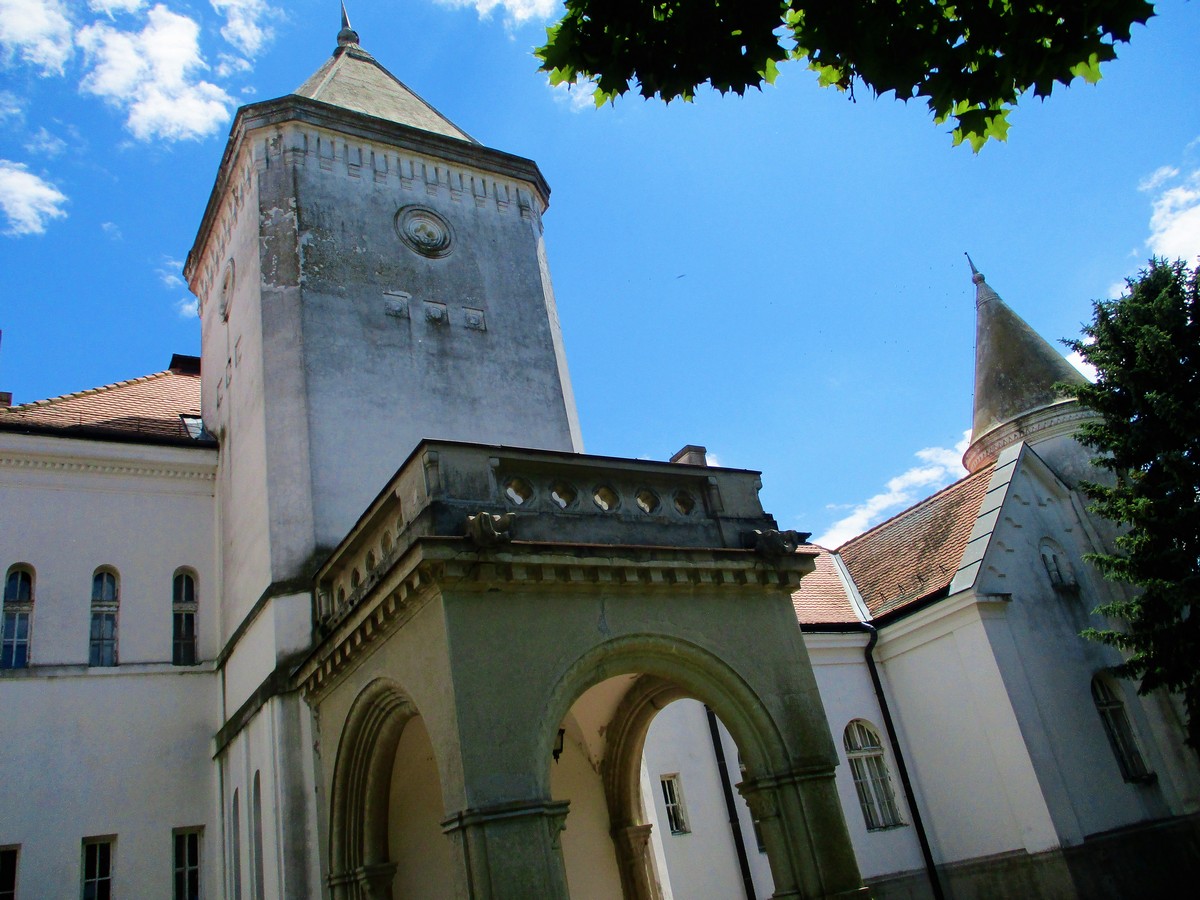 After the Second World War, Fantast was nationalized, like all other castles in Vojvodina. Everything was stolen and taken away. Only the walls and doors remained authentic. There is nothing left of luxurious furniture, art paintings, jewelry. Carpets, crystal chandeliers and silver coins were taken in an unknown direction, and sheep were released into the castle. Thus, the floor and part of the wall were completely destroyed. The fate of the demolition was intended for the church, as well as for the power plant, but Uroš Predić sent a letter to Moša Pijada, after which the church building was “only” locked. At the entrance to the castle, there was a large board with the inscription that Communist Party of Yugoslavia, Commissariat of Bečej, was giving the castle to the people.

Later, the castle fell under the administration of PIK Becej, but over time it became a victim of negligence. It was later bought by “MK Komerc” and successfully managed, but ownership problems prevented further investments. Bogdan Dunđerski, who had no children, bequeathed the castle to Matica Srpska. As the situation with it is complex, the lex specialis is planned to preserve and additionally reconstruct the castle, while maintaining and repairing the existing condition.