The country house of Višnjevac

Literally in the heart of Srem district (i.e. Serbian Syrmia), halfway between Sremska Mitrovica and Ruma, there is the country house of Višnjevac. Situated in Veliki Radinci countryside it belongs to Sremska Mitrovica Municipality. However it is much easier to be approached from the village of Erem (which is probably derived from Hungarian Érem, meaning medal) – the smallest village in Srem, consisting of only several streets.

The country house of Višnjevac can be reached via dirt road, and that is only if the weather is dry – but even then it is not easily accessible. Not even the asphalt road to this precious facility has been constructed by the authorities. After 2-kilometres walk or drive starting in Erem, one can come across the edifice constructed by the famous Syrman Count of Odescalchi. The Count, who was of Italian origin, had his most valuable properties in western Srem, mostly in Erdevik and Ilok – this is where his castle and vineyards were located. In 1826. the Count made the first wine cellar in Erdevik. In 1903. according to a design project by Herman Bole, the summer house was built for Baltazar and Livio Odescalchi.

The house features characteristics typical of the manor houses which served for summer residence far away from the hustle and bustle of the city. It is interesting that the Count of Kotek used Višnjevac as a hunting lodge, so that some elements of this country house conforms to this purpose. It was a single storey building and it had a long eave with a low-slope roof. What is immediately noticed is that a lot of carved wood is used in the construction which suggests Austrian Secession (Art Nouveau) influence, also visible in some other ornaments.The most impressive part of the building is certainly portico leading to the entrance. Hermann Bolle was the follower of Violle de Dick, and he relied on some elements of the church architectural tradition since he was at the same time engaged in the reconstruction of Syrmian churches, such as those in Ruma and Grgeteg.

What is interesting is that the Odescalchis didn’t use to be staying in the house all the time – they rather rented it, mostly to the Pfeiffher family from Ruma. The Pfeiffers run the stables with 11 Arabian thoroughbreds on the estate. As for the village of Erem, it was founded by the farmworkers employed on the estate. However, the powerful Odescalchi family decayed by the end of Austro-Hungarian rule despite the fact they had owned the entire territory of western Syrmia. They sold the house to the Zagreb bank to pay their debts. From then on, the house was changing its owners – Kovačević family from Veliki Radinci claimed permanent ownership in 1927 to be inherited by the Bajić family in 1945. 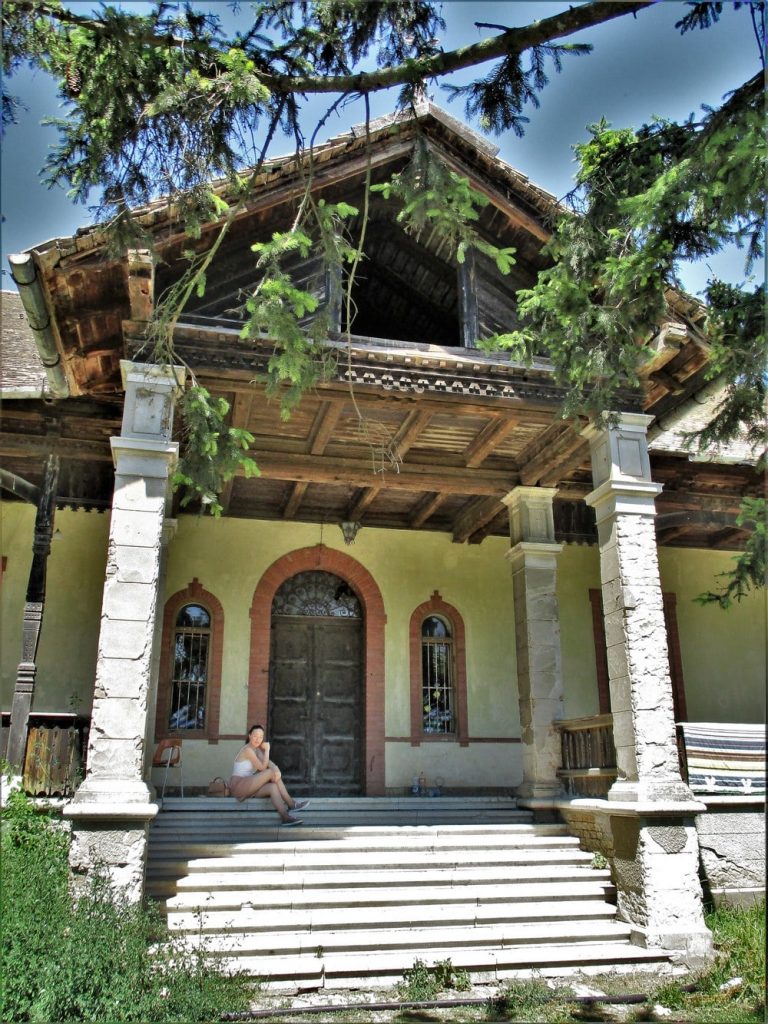 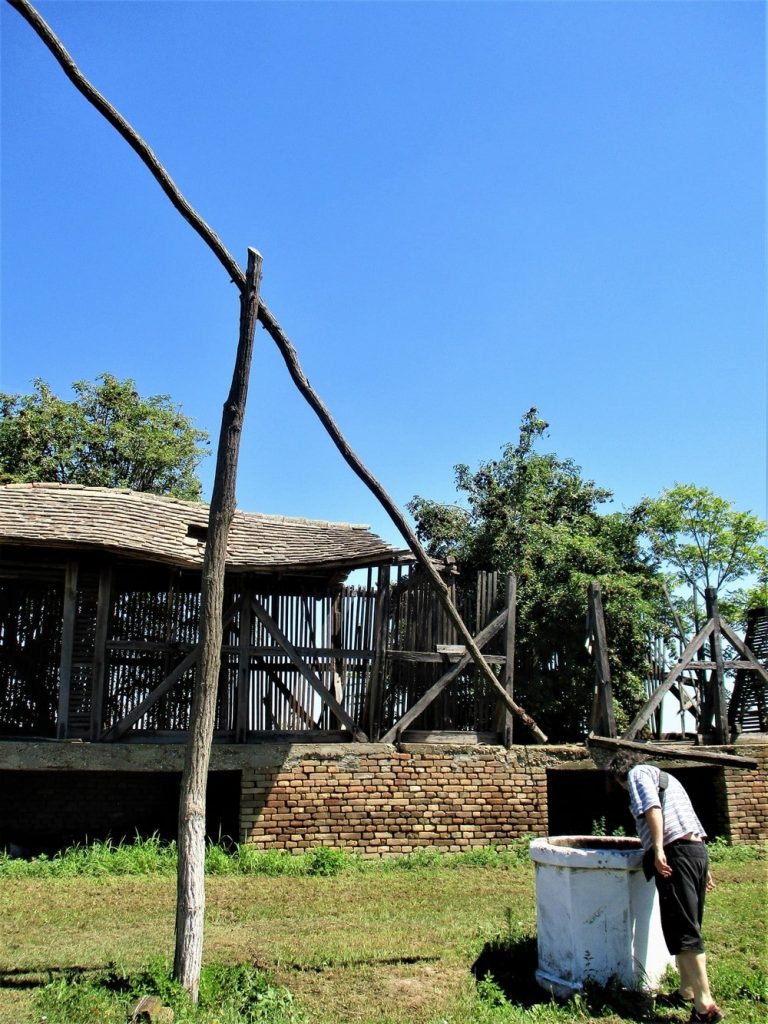 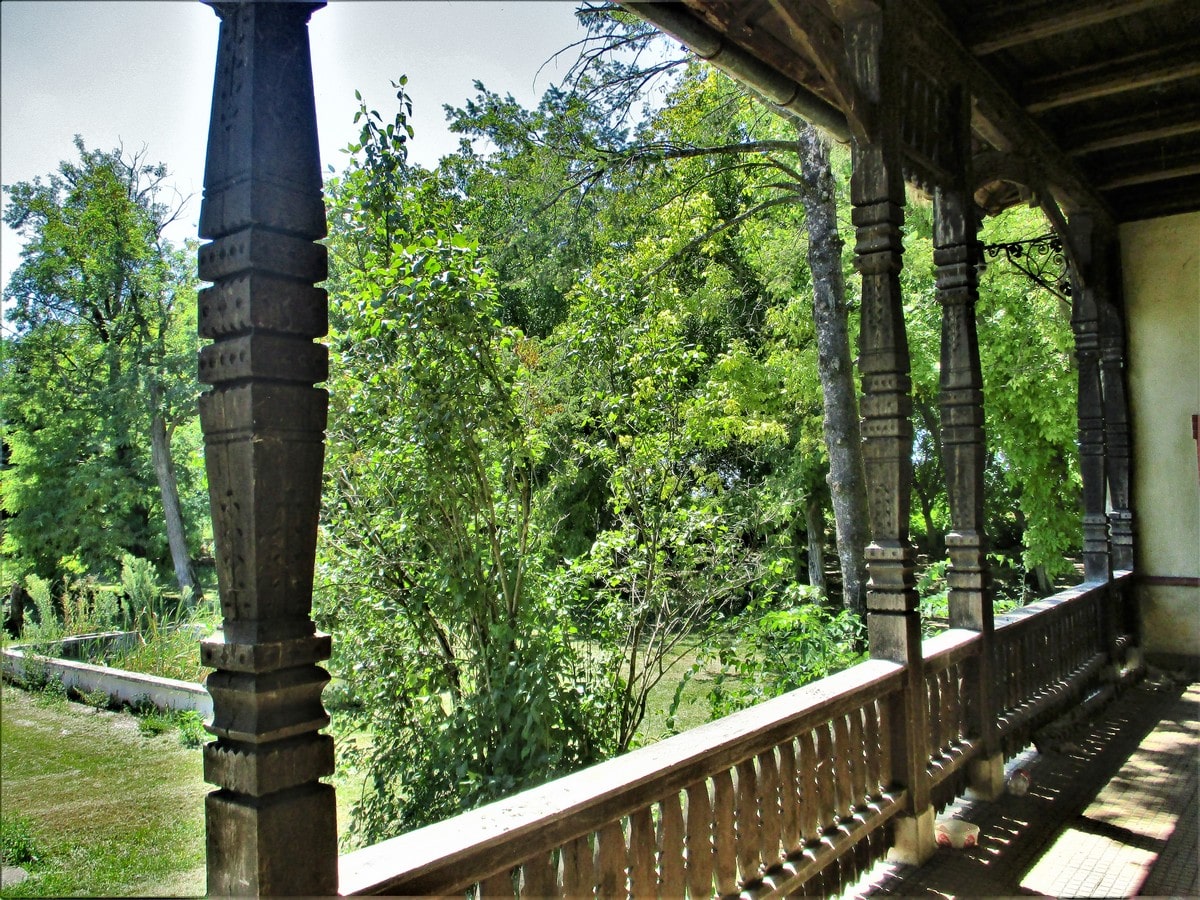 The edifice encompassing the surface of 800 square metres, has been restituted to the Kovačević family but they don’t have money for reconstruction works, although it costs minimum to run the house considering the fact that one of the owners stays in the house only for a short period during the summer, while the other lives in Australia. Bullet holes from World War II are clearly visible on the facade and the swimming pool has fallen into decay. There is a shadoof and lovely orchard on the estate. The castle was being additionally deteriorated during the period from nationalisation in 1947 to restitution in 1952, when the authorities used it as a barn for sheep, which largely destroyed the building.

The castle is in poor condition. It has no electricity, running water or the access to the asphalt road. An excessive reconstruction work should be conducted here.

The summer house is not open for visitors.