The Ruthenian (“Ruski”) court, as a name, leads us to potentially doubly wrong associations, because it has nothing to do with what we consider “Russians” today, and it is not the court we imagine when it comes to the residence of a rich Orthodox or Roman Catholic bishop. Perhaps the reason for all this is that it is the residence of a bishop of a rather unusual religious affiliation, and that is the Greek Catholic or Uniate Church. The Uniate Church is one that retains Orthodox (“Byzantine”or “Greek”) rites and recognizes the supreme authority of the Holy See (“Catholic”), hence the names “those in the Union (with the Vatican)” or “Greek Catholic” (as opposed to Roman Catholic, which uses Roman , a Latin rite.

In Syrmia and the then kingdoms of Croatia and Slavonia, and to the latter belonged Syrmia, the Diocese of Križevci was created, ie the eparchy (in 1777), which gathered Serbs who accepted the Union, but also new immigrants from today’s Slovakia, Poland, northeastern Hungary and Ukraine, who called themselves “Russians” and we know them today as Ruthenians. In that sense, “Ruski dvor” is actually “Ruthenian court”. The building was donated to the Greek Catholics by Maria Theresa herself, an ardent supporter of Catholicism.

In the 18th century, Ruthenians (|Rusyns) settled in large numbers in the areas of today’s western Syrmia, and a Uniate diocese was founded, so the bishop also needed a residence. In 1780, Vasilije Božičković got his summer residence in the form of this building, which is registered today as an immovable cultural asset of great importance. It is interesting that from 1920 to 2002, there was a monastery (samostan) of the Basilian sisters here, while for a while there was an orphanage and a boarding school. After the war, there was a music school in the building of the Ruthenian court, but it was evicted with the return of the nuns, that is, Greek Catholic nuns.

The court was built in th  e Baroque style, and the dimensions of the facade are 42×17 meters, while the surface area of the court is 700 square meters. The building is rectangular in shape, and is two-storey, which is typical for the second half of the 18th century. A church was also designed in the southern wing. The bell tower is also in the then fashionable Baroque style, and it stands out and thus shows the purpose of that part of the building. The facade is made in two shades of ochre, which was the favourite colour of Maria Theresa and which is ubiquitous in Syrmia, while the fence is such that it contains a shade of blush. Although the building was made in the Baroque style, the facade is not lavishly decorated, which brings it closer to the later zopf style, which is a mixture of Baroque and Classicism, and which was also very popular in Austria. The façade is divided by a cordon cornice, and the pilasters are shallow. Moulding emphasizes the main entrance.

The roof is steep and hipped, and its height is such that it is equal to the height of the ground floor and the first floor, added together. The attic is therefore as high as seven meters. There is also a large space under the building, since the bishop had to build three large cellars. There were plans to open a puppet theatre for children on the ground floor, while in the court today you can find rare and old books from the 18th century that talk about the arrival of Ruthenians in this area and beyond.

Due to its purpose, the castle is well preserved and open to visitors in consultation with the religious authorities.

The Russian Court was presented to us in detail by the parish priest Mihajlo Režak, who takes care of the church property and skillfully balances between the kindergarten and the church. He explains to us that in the meantime, Court has become a kind of hostel, i.e. a boarding house for tourist accommodation, and he takes us through rooms that were once intended for nuns, and today are rooms for rent. In the meantime, when there were only two of them left, the nuns moved to the monastery in Osijek. He also shows us an iconostasis which, although made in the Baroque style, which was typical for Ruthenians (Rusyns), Ukrainians and Serbs, not only in Vojvodina and Austria, is now becoming ready for reconstruction, since it lacks parts of ornaments. The whole church has predominantly Orthodox elements, but also some Roman Catholic ones, which is the basis of the eclectic Greek Catholic faith. 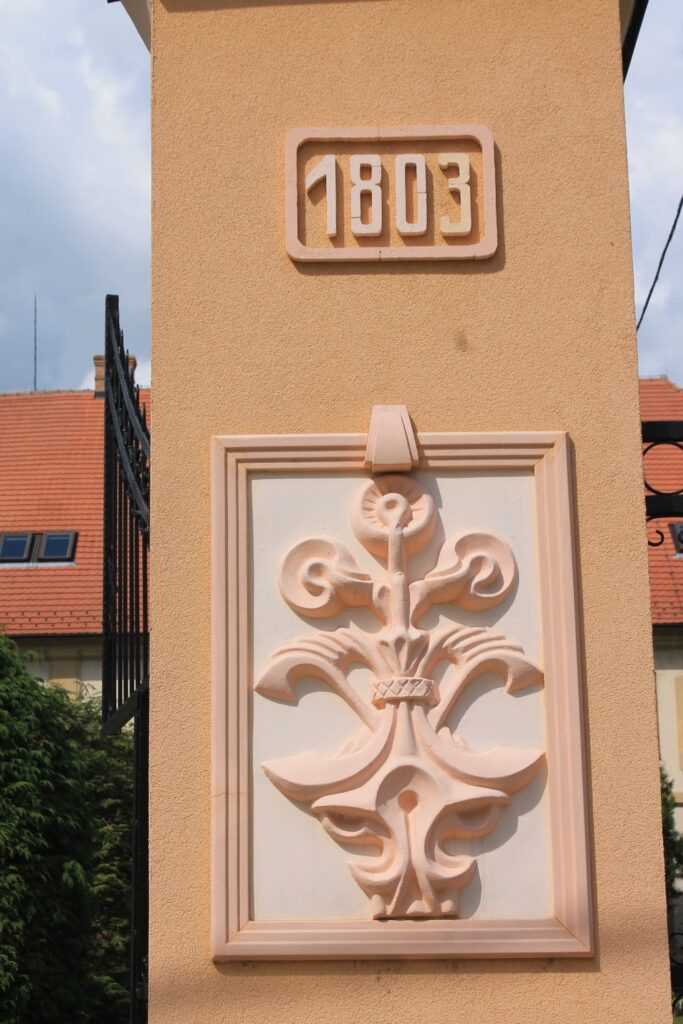