Eđšeg château (Hungarian: Egység) is a city-type manor house built on the outskirts of Novi Sad at the time, by the road to Futog, in today’s Anton Chekhov Street 4. It was erected by the Shooting Association (Societas Jaculatoria) from Novi Sad, and is named after the Hungarian word Egység, which means “Unity”, since it was the name of a sports association that has been in its premises for a long time. It was designed and built in 1890 on the centenary of the founding of the Shooting Association, and was designed by the famous architect György Molnár in the then modern eclectic style, while the mason was Karl Lehrer. Namely, the eclectic style in which the building was built is characteristic for the second half of the 19th century, but the buildings in this style have been constructed long into the 20th century, almost until the Second World War.

Unfortunately, the chateau had a sad fate for many years. It was a shelter for the homeless and a home for drug addicts, right next to the children’s playground, and it represented a dismal disgrace. It was in an almost completely ruined condition, so some officials also wondered if reconstruction was possible at all. However, better days for Eđšeg came in 2007, when the building was saved from demolition by being declared a cultural monument and placed under state protection. Although the roof was previously saved and reconstructed in 2000, so that it would not collapse and to prevent interior from rain water leak, the real reconstruction was carried out between September 2010 and June 2010, and the funds were provided by the City of Novi Sad, to which Eđšeg, which became a cultural station, one of the fulcrums in the years to come when the city holds the title of European Capital of Culture in 2022 (postponed from 2021 due to the coronavirus pandemic). The works were supervised by the Institute for the Protection of Cultural Monuments, and the amount invested in the reconstruction is 55 million dinars. Eđšeg, in addition to the main ballroom and richly decorated hall, contains three side halls and a large ballroom. It happened according to conservation rules and conditions. Today, the Eđšeg Cultural Station with a rich programme is located here.

The interior of the main hall is richly decorated, and the ceiling is painted with scenes from hunting and village life and stylized floral and geometric motifs. The pilasters have Corinthian capitals, and the interior is very bright. It is interesting, as stated in the letter of the Society of Architects of Novi Sad, that Stara Streljana (Old Shooting Range), as the building was sometimes called before, received some of the most modern solutions during reconstruction and renovation, so now it has the most modern installations, except for reconstruction of original elements to the smallest detail. Namely, underfloor heating, air conditioning and ventilation were installed, as well as decorative and functional lighting, sound system fire safety and protection against theft. Also, this is an experimental example of restoration where a renewable or “green” energy source was applied for the first time, and these are geothermal probes that are placed in a yard equipped with benches inside a small park. These geothermal probes provide the accumulation of thermal energy of the earth, and it is used for further treatment for the château.

The château has a central entrance tower, and on each side a symmetrical façade with three, now glazed arches, and side outstanding rooms of almost square base. The hallway is very bright and gives the impression of spaciousness, and the restorers chose light ochre, white and gold colour, and in that way they contributed to the reconstruction of the original, but also to the accentuation of light and the luxury of the chambers. What captivates visitors in the main hall is the lavishly decorated ceiling, but it has been so damaged over the years that only the use of investigative probes has led to conclusions about what it once looked like and in what way it should be reconstructed.

Eđšeg was officially opened on September 15, 2014, and now it is an ideal place for organizing cultural and artistic events, concerts, competitions, theatre performances, recitals, etc. 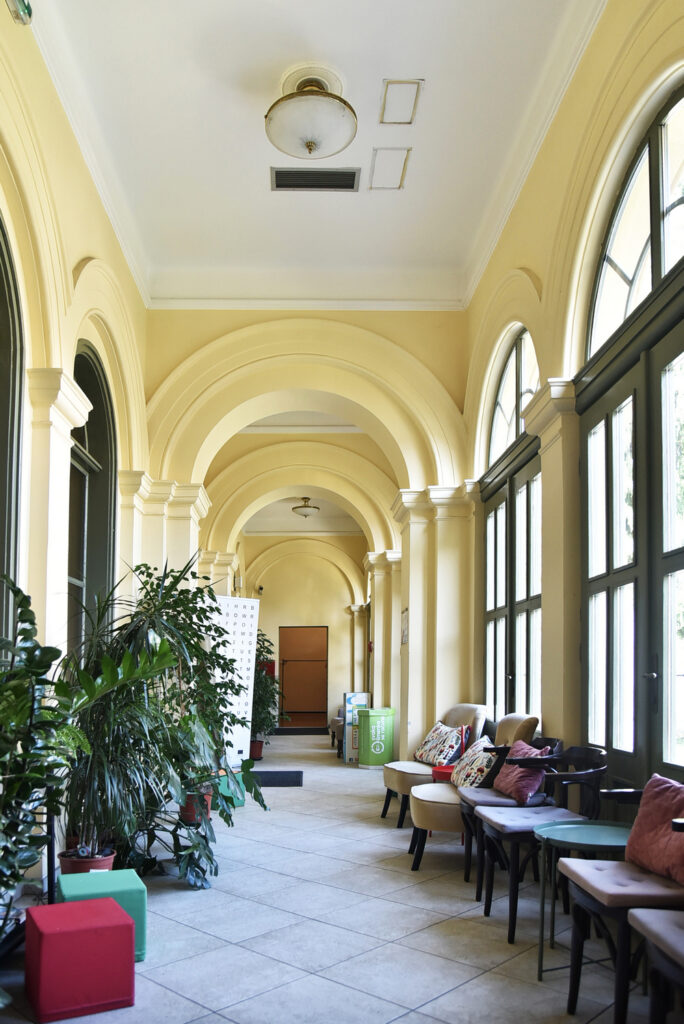 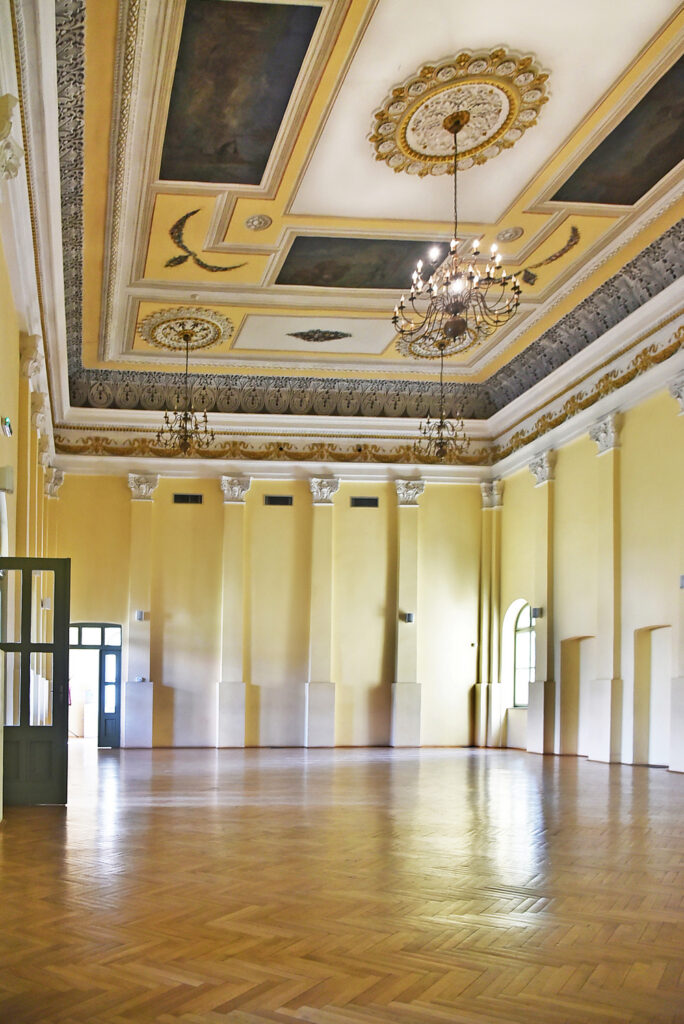 The château, given its purpose, has been beautifully restored, well preserved and open to visitors in consultation with the guard or during cultural events. This is one of the best examples of reconstruction and rehabilitation of destroyed and neglected heritage. The investor of the reconstruction of Eđšeg was the City of Novi Sad, the project was done by DE studio H.E.G.S. Novi Sad, and the works were performed by GP Grading, NPN Gradnja Novi Sad as well as the Provincial Institute for the Protection of Cultural Monuments, Petrovaradin, thus creating a model of revitalization of neglected cultural heritage. 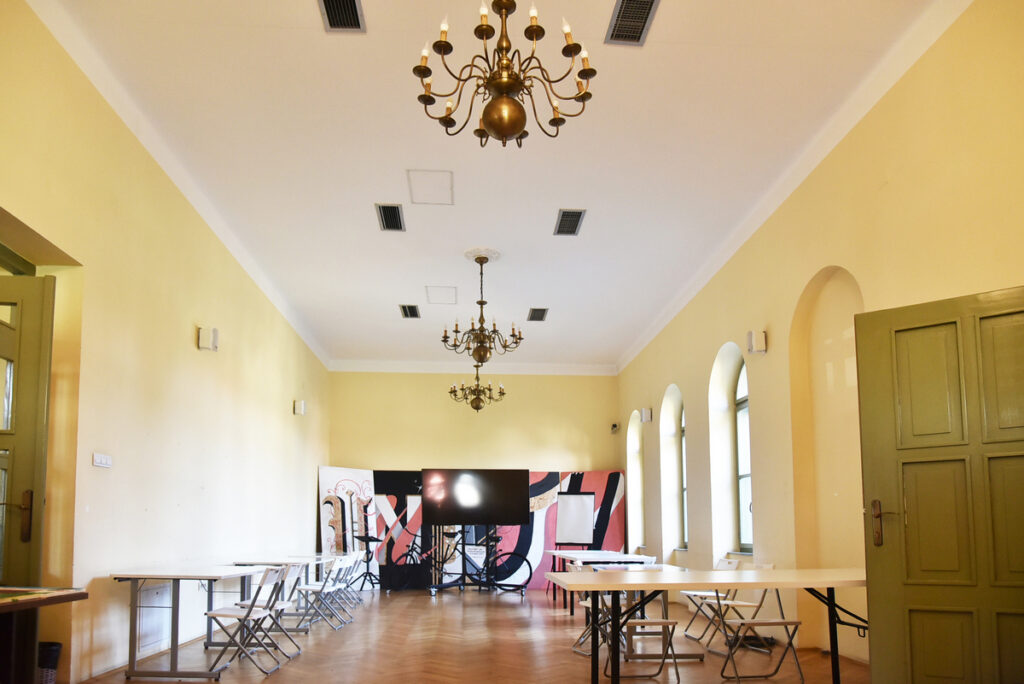 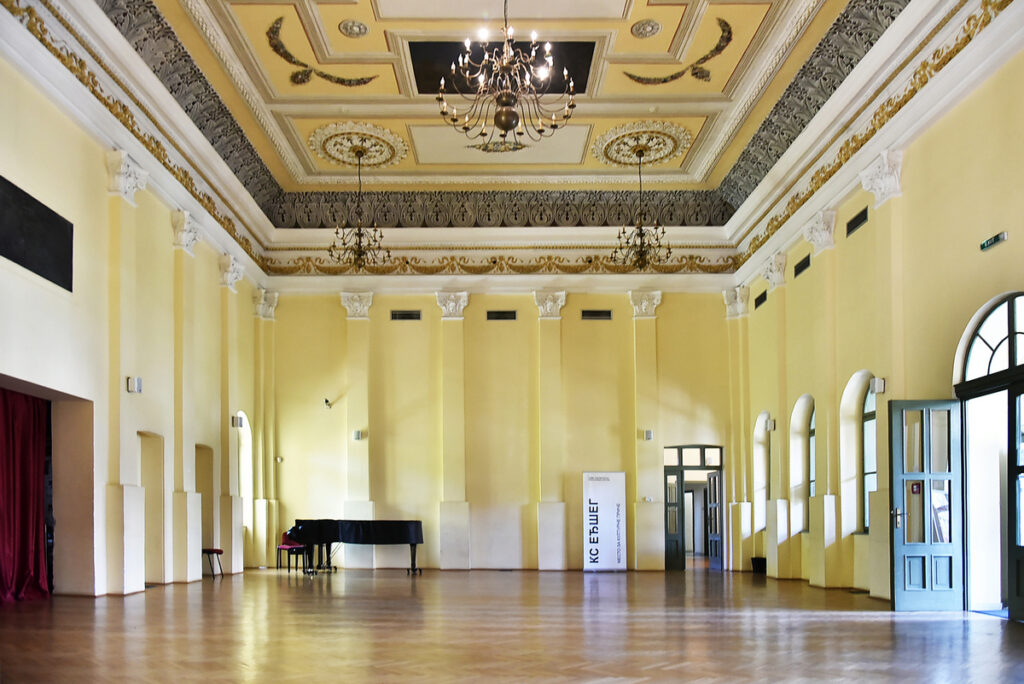 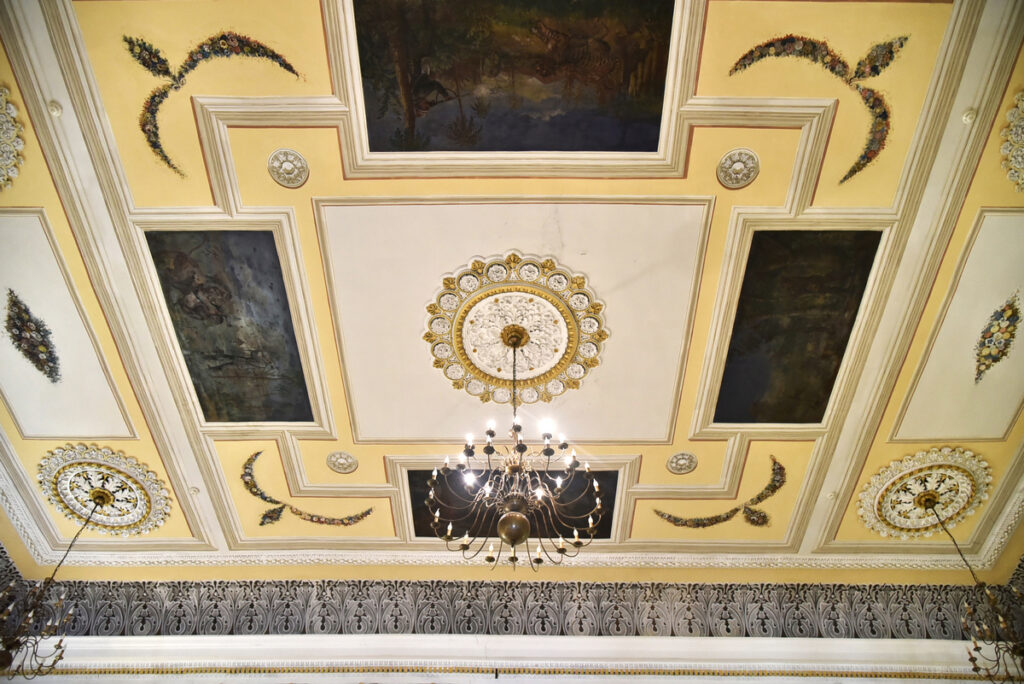