Perhaps the most beautiful, and certainly the most intriguing building in Ruma, and definitely the one that is the pride and dignity of the people of Ruma in the architectural sense, is the building of the Croatian Home, erected in 1912 in the midst of national fervour and Art Nouveau style. Many call this building of unusual beauty “a Ruma jewel of blurred splendour”, because it has become more and more ruined every year. The very idea of founding this building came from a group of Ruma citizens gathered in the organization “Croatian Falcon”, in 1905. As it was a physical exercise organization, as it sprang up all over the Slavic world in those years, the Croats from Ruma wanted to gather all their sports sections under the same roof and “exercise”. Also, this building was to serve as a resistance to the Germanization and Hungarianization of Croats. The building was erected with the voluntary contributions of citizens from Ruma, but also Croats from all over Croatia and Slavonia.

In 1909, 4 years after the Ruma citizens’ initiative, the Royal Court Table (Tabula Iudiciaria) in Osijek concluded that the heirs of Counts Pejačević from Ruma should sell property at that location, as part of the “accessory insert of the Nobles Committee of Ruma to a group of buyers”. In February 1910, the citizens took possession of the plot, so construction could begin. As early as 1912, the building was completed. They say that the Croats deliberately chose a location in the “Swabian area” in order to avoid the ghettoization of Ruma into Serbian, Croatian and Swabian parts. Some other sources bring up the desire of the Croats to Croatise the Germans, which is a process that accelerated in the Kingdom of Croatia-Slavonia after the Croatian-Hungarian settlement and which was especially strong in Syrmia and Slavonia, where there were conflicts between Croats and Germans within the Catholic churches.

It is assumed that the design for the construction of the building was made by Viktor Axmann from Osijek (given name Vladoje Aksmanović 1878-1946), the designer of the building of the old Ruma gymnasium, today’s building of the primary school “Dušan Jerković”, which was completed at about the same time. The building is designed as a corner building, with two ground wings, with an entrance to the massive central floor. It was built in the sezession style and historicism and belongs to the Jugendstil period. The deep plasticity of the facade with herbal motifs, oval stained glass windows, wrought iron, sculptures “Grandfather and Grandson” and the specific roof of the central part of the building give this building a striking and original look. It seems that Axmann’s engagement came quite by accident, since it is assumed that the project of the Croatian Home was originally planned for the Osijek Theatre in 1906, but the City of Osijek abandoned this project. Then, when he heard that Axmann had already finished the project, a Ruma citizen from the Benčić family, who was working in Osijek at the time, brought Axmann to complete this project in Ruma. The construction lasted until 1912 and cost the then 75,000 Austrian crowns, and the main contractor was a certain Zvonimir Erbežnik. It was noted that at the opening of the home, Milica Nikolajević, the eldest daughter of the lawyer Dr. Miloš Nikolajević, recited the song “Grandfather and Grandson” by Jovan Jovanović Zmaj, based on which sculptures were made on the facade, to mark carrying on the tradition of folk culture to younger generations. Unfortunately, immediately after the completion of the building, the First World War broke out, and the Croatian Home turned into an infirmary, i.e. a military hospital. It is interesting that Josip Broz, zugsführer of the 25th Landsturm Regiment, who was recovering in Ruma from the losses on Cer and Kolubara, was also treated there. 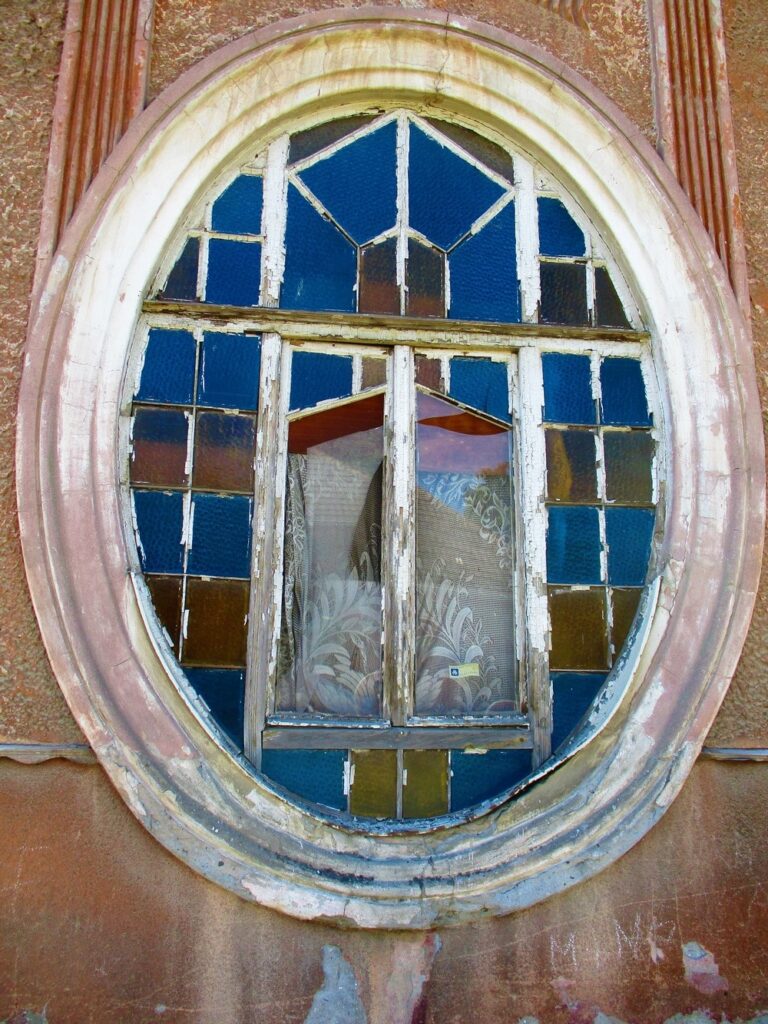 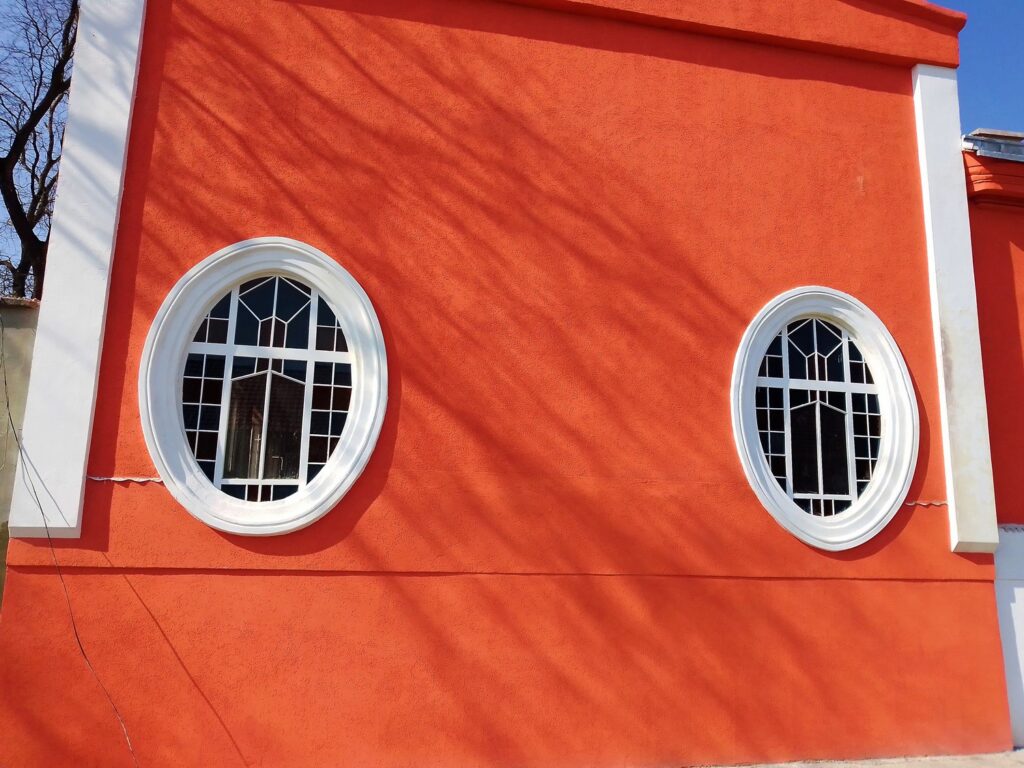 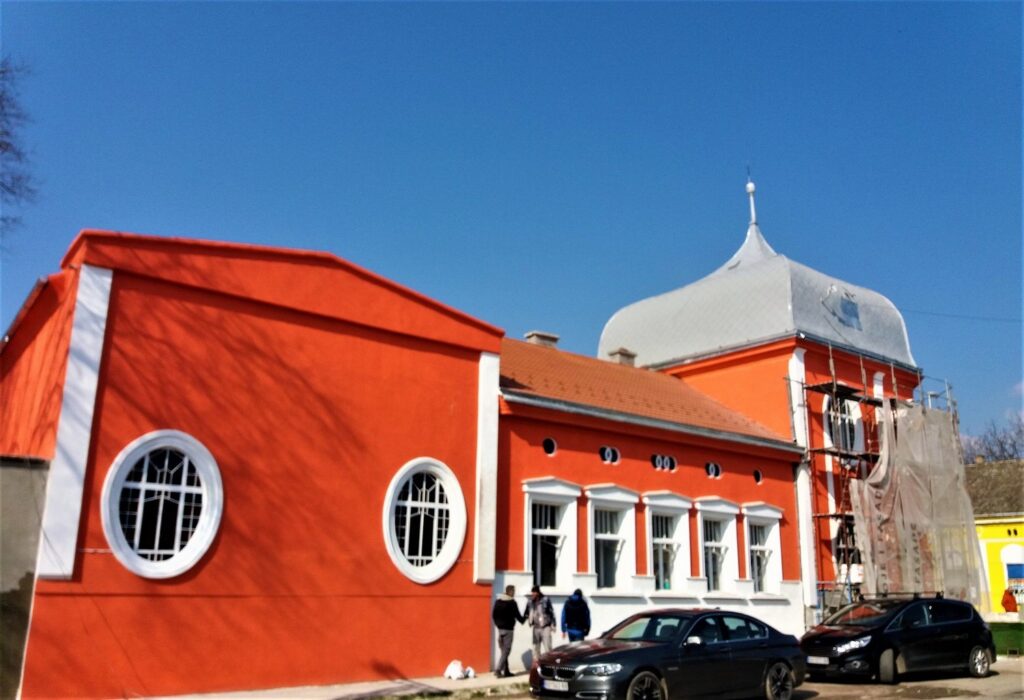 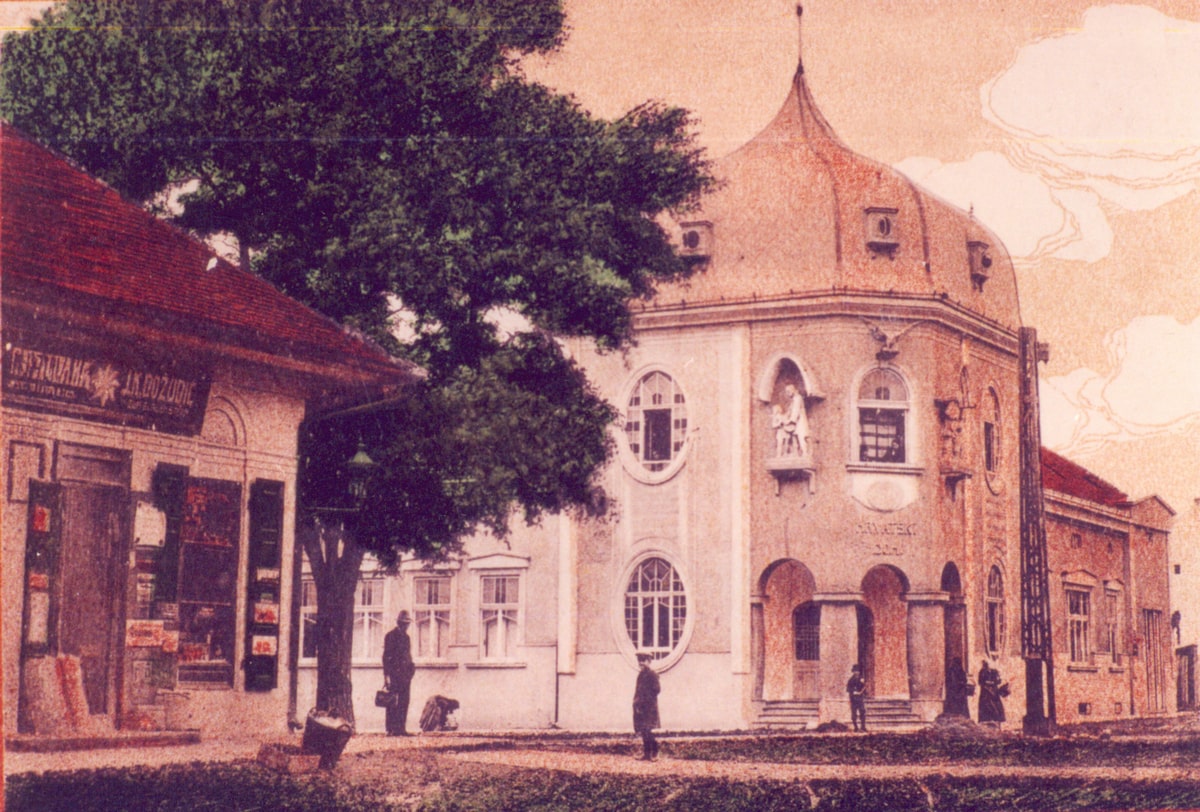 From 1920, the building returned to its original purpose, and the Ruma’s Croats located all their cultural and sports associations here: Croation “Sokol”, Croation Reading Room, Croatian Husbandman Reading Room, Croatian Peasant Cooperative (formal owner since 1924) and HPD Unity and organized ceremonies. Even today, its burgundy-orange colour of the facade and the roof in the shape of a five-sided arched dome are recognizable, but in the meantime, some changes have taken place. Namely, in its original form, the frontage consisted of a three-part open porch supported by two strong pillars, but the porch was later walled up. Above this part, there is a semi-circular window today, but there prior was an impressive figure of a falcon with outstretched wings, a symbol of the Croatian falcon (Sokol), which can be seen from old photographs and postcards, but it was unfortunately removed. The Croatian Peasants’ Cooperative formally remained the owner until September 28, 1958, and until then there was a cafe run by the renamed Croatian Cultural and Educational Society “Matija Gubec”, but the SFRY demanded the nationalization of the building to turn it into the JNA Home. it happened, although this proposal was unanimously rejected for the first time in 1948. The last managers of the Croatian Home were Miša and Đura Kun. The building, at the time when it was the Home of the JNA, was a center for military ceremonies, but also for the celebrations of the prom nights of Ruma secondary schools. Its interior has been drastically changed in accordance with the new purpose, which has destroyed the authenticity. Also, it was never reconstructed, and after the building was abandoned by the Yugoslav Army (later Army of Serbia and Montenegro) as the successor, the building was devastated outside, as well as in nearby Mitrovica. 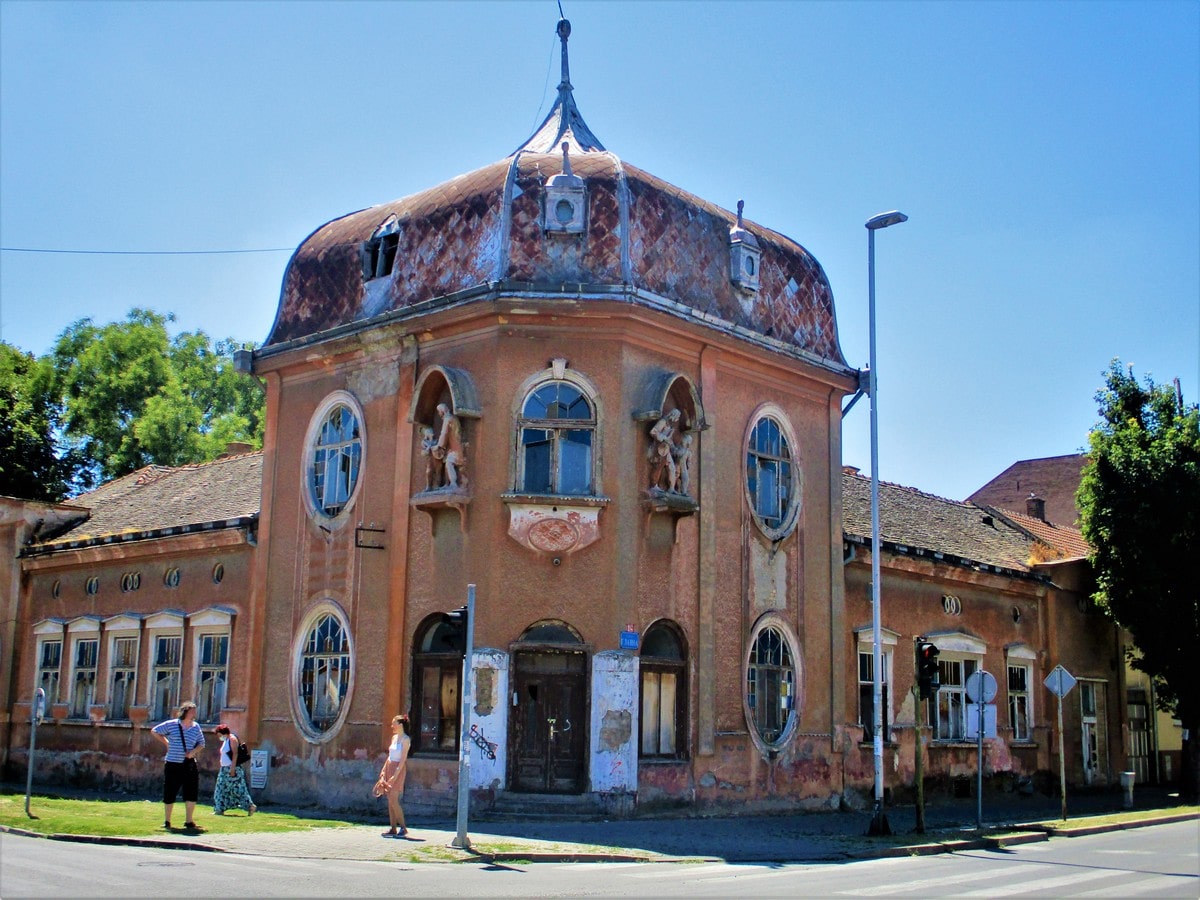 However, the Municipality of Ruma became the owner of the building in 2020 by buying the building for 40 million dinars in five annual instalments and is preparing a thorough reconstruction of the Croatian Home. The plan is to restore the exterior, facade, sculptures on the facade and stained glass with windows in the first phase, and to renovate the interior in the next phase, so that in a few years the building will be handed over to one of the city’s cultural institutions, similar to Eđšeg Castle in Novi Sad. Reconstruction begins in 2021 with a year delay, which is conditioned by the coronavirus pandemic and lockdown, which postponed the start of works from 2020. The entire project has been done and the funds in the municipal budget have been allocated for 2021.

The facility is not open to visitors!

In the meantime, during the first part of 2022, work began on the renovation of the Croatian Home, and it received the original, recognisable red-orange colour, which it has proudly worn since its founding. The façade has been thoroughly renovated, as has the interior of the Home.